At $14.99 per month, HBO Max is your priciest new streaming option | Ad Age
Skip to main content
Sign In Register

At $14.99 per month, HBO Max is your priciest new streaming option

Set to launch in May 2020, WarnerMedia’s DTC service will be more expensive than Netflix, Disney+ and Apple TV+
READ THIS NEXT
Snapchat strikes deal to sell local ads through newspaper giant Gannett 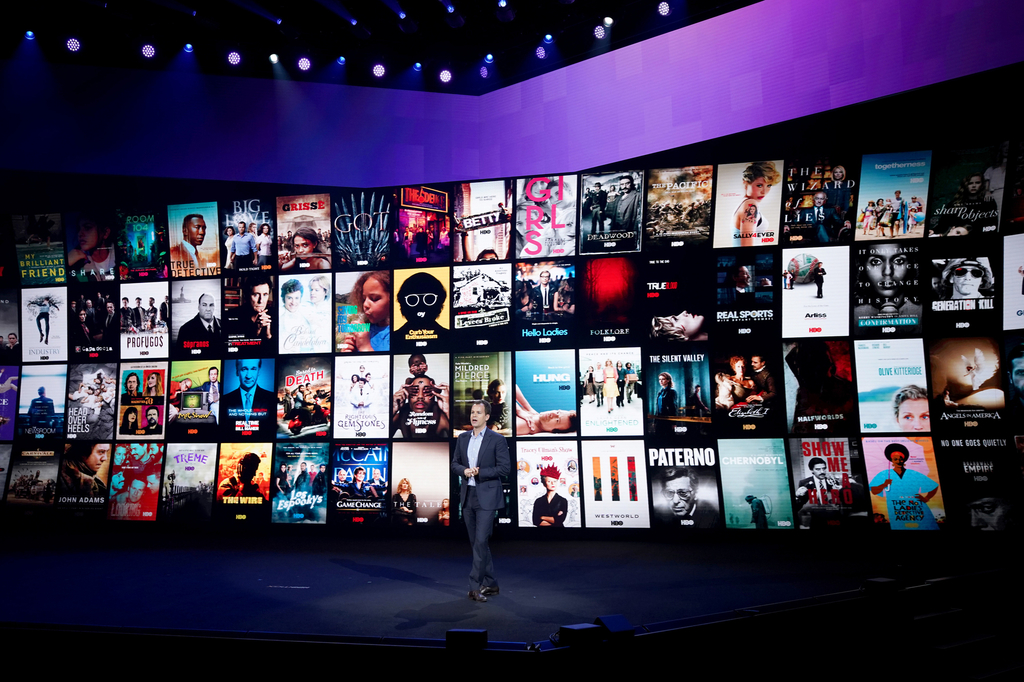 For every 15 minutes the audience was kept in the dark about the price of the upcoming HBO Max service, the projected rate ticked up like the meter of a taxi stuck in rush hour traffic. Two hours elapsed before anyone at Tuesday evening’s WarnerMedia presentation finally got around to disclosing the going rate for the new streaming product, and after all the hype and content teasers had finally run their course, the subscription rate was much higher than many analysts had anticipated.

When HBO Max launches in May 2020, it’ll cost a princely $14.99 per month, more than double the initial asking price for Disney+ ($6.99) and a crisp Alexander Hamilton north of the AppleTV+ rate. It’s also two dollars more than what Netflix currently charges for its standard plan.

Expectations were all over the map, but a recent estimate from UBS analyst John Hodulik eyeballed the HBO Max sub fee at $11.99, or a dollar shy of the Netflix rate. Hodulik’s lowball projection was based on his sense that the lower price points for the rival direct-to-consumer offerings put HBO Max’s value proposition into question. (It’s worth noting that a linear HBO subscription costs $14.99 per month as well.)

So what can consumers expect to get in exchange for HBO Max’s steroidal fee? Well, there’s an awful lot of movies and TV series waiting behind the paywall—10,000 hours of content at launch. This vast horde of product will include 31 original series in 2020 alone, plus a library of some 1,800 film titles, including every DC Comics production up to and including this year’s “Joker.”

For Gen X nostalgia freaks and their similarly backward-looking younger siblings/offspring, HBO Max will have all 236 episodes of “Friends” in the hopper; at launch, the David Crane and Marta Kauffman-helmed sitcom should be just about ready to wind down its seemingly endless 25th anniversary victory lap.

Also in the mix are the exclusive streaming rights to Comedy Central’s long-running animated series “South Park” and the first three seasons of Adult Swim’s “Rick & Morty.” For younger viewers, HBO Max is prepping 80 all-new Looney Tunes shorts plus a torrent of “Sesame Street”-related content that includes an adaptation of the celebrated kids’ title “The Monster at the End of This Book: Starring Lovable, Furry Old Grover.”

Arguably the most anticipated HBO Max project is “House of the Dragon,” a chronicle of House Targaryen set 300 years before the events of “Game of Thrones.” Saving this announcement for last, HBO President Casey Bloys said the series will be based on George R.R. Martin’s spinoff tome “Fire & Blood,” before adding that the initial order is for 10 episodes. Bloys did not specify when the “Thrones” prequel will premiere.

News of “House of the Dragon” arrived just hours after it was reported that a “Thrones” prequel pilot meant to star Naomi Watts had not been ordered to series.

WarnerMedia had previously announced that HBO Max will be free for a year to subscribers of HBO’s linear TV channel, a promotion designed to kickstart uptake of the streaming service. During Tuesday night’s presentation, AT&T Chief Operating Officer and WarnerMedia CEO John Stankey said the goal is to sign up by the end of 2025 anywhere between 75 million and 90 million global HBO Max subscribers, including 50 million here in the U.S. (These projections include HBO’s current base of linear TV and digital customers.)

HBO Max will be somewhat late to the streaming game when it arrives next spring, with Netflix the established leader in the space and both Apple TV+ and Disney+ set to blast off within days of each other. Apple TV+ bows this Friday, while the Mouse House’s DTC product will monopolize the attention spans of Disney, Pixar, Marvel and Star Wars fanatics starting Nov. 12. Even latecomer Peacock—about which relatively little is known—will be on the market before HBO Max, as the NBCUniversal service is expected to start up in April 2020.

AT&T during its Monday earnings call said it was committed to spending between $1.5 billion and $2 billion on HBO Max next year, with plans to add another $1 billion to the pile in each of the following two years. The telecommunications giant believes HBO Max will be profitable by 2025.

An ad-supported tier will arrive in 2021. WarnerMedia has not made any final decisions on pricing for that wrinkle, although it obviously will be cheaper than the commercial-free product.

AT&T’s distribution muscle is the key to its bullishness on HBO Max. The company boasts some 170 million customer relationships by way of its its wireless, broadband and TV businesses, and it believes that HBO Max will prove to be a churn-buster, inasmuch as it should retain current wireless customers while helping to attract new subs.