Streaming into 2022: Key trends shaping the future of TV

Ad-supported video on demand (AVOD) has maintained a sustained level of growth leading into 2022 among audiences across all demographics, streaming live and on-demand news, sports and entertainment. And amid an array of consumer choices and behaviors, a number of emerging trends are beginning to shape the future of television, not just for this upfront cycle but for years to come.

Tubi recently released our annual report, The Stream, and uncovered a number of trends that will prove critical for agencies and brand marketers to consider:

1. Free streaming’s audience will grow larger than paid streaming by mid-2022. In 2022, we project that the current ~5% gap in market penetration will close, with the number of AVOD users surpassing subscription video on demand (SVOD). This is attributable to a variety of factors, including subscription fatigue, ubiquitous hardware, content search discovery, cord cutting and increased broadband access.

2. Free streaming viewership is expanding rapidly among educated and higher-income earners. This means it’s becoming more reflective of national audience averages. AVOD adoption has been led by the young (who still over-index versus the general population), but mature, educated and affluent audiences are growing rapidly. Tubi has seen double-digit growth in all audience segments over the past year, with the most growth observed among college-educated and affluent demos—defined as $100,000-plus in household income. This now places Tubi on par with U.S. national averages.

3. Free streaming platforms are garnering distinct, loyal audiences, while maintaining audience overlap with SVOD. Streamers continue to gravitate to specific AVOD services as their “television of choice,” while being selective about which services they pay a premium for. Factors that determine AVOD selection in a crowded marketplace include ease of use, content, personalization and user experience. Currently, over a quarter (27%) of Tubi streamers can’t be reached on any other major AVOD service: 78% aren’t on Peacock and 62% aren’t on Hulu. Although 71% do subscribe to Netflix, they’re currently unreachable by ads.

4. Streaming will become the fastest growing video format in both viewership and media investment. Connected TV and over-the-top (CTV/OTT) ad spend grew 34% in 2021, compared with 7.4% for national broadcast and cable. The Stream projects that half of all internet users will use free streaming services by 2024, and by 2026 revenue from ad-supported video on demand will triple 2021 levels, reaching $31.5 billion.

5. Streaming viewers are becoming more receptive to ads. Tubi has some of the lightest ad load in the AVOD space, only 4-6 minutes per hour of viewing. This gives advertisers increased brand recognition and recall in an environment where viewers are most receptive. As such, it’s not surprising that Tubi streamers are 10% more likely than the general population to state, “I like to look at advertising.”

In summary, free ad-supported streaming is set to become the predominant “next video” choice for consumers seeking content, and the opportunity for advertisers has never been more timely. Large, diverse and nationally representative viewers are more easily reached on AVOD than ever before, and more are watching on TVs than ever before. This offers an immersive ad experience that is an integral part of a marketing campaign.

Tubi, a division of Fox Entertainment, is an ad-supported video-on-demand service with over 40,000 movies and TV shows, including a growing library of Tubi originals, more than 100 local and live news and sports channels and 250+ entertainment partners, featuring content from nearly every major Hollywood studio. Tubi gives fans of film, television, news and sports an easy way to discover new content that is completely free. 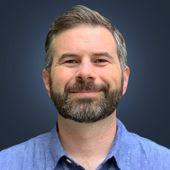 Karl Dawson is the Vice President of Audience Research at Tubi. He has over a decade of experience delivering product marketing research and measurement solutions to Fortune 500 clients. Areas of interest include research methodology and its application at the intersection between product, user experience, marketing, machine learning, and data science.