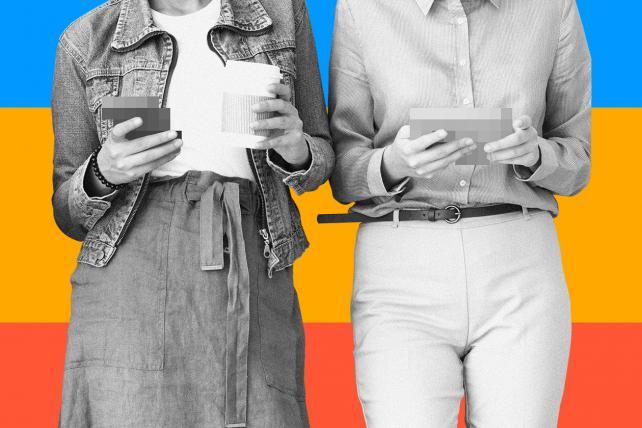 EDITOR'S NOTE: For 2019, we've expanded our annual publishing-industry honors program. It's now known as the Ad Age Publishers A-List and it includes the Magazine A-List, the Digital Publishers A-List, below, plus three shortlists of special citations focused on key growth areas (video, audio/podcasting and events) for publishers. Read the introduction and find links to the other portions of the package here.

TheAtlantic.com
One of the essential sources of smart analysis about the news cycle, and specifically the D.C. horror show, TheAtlantic.com grew its unique visitors to 22.3 million in 2018 and is rapidly adding staff—including a new global editor, tech editor, design team and dozens more—under new majority owner Emerson Collective. Key to the site's strategy: foregrounding its expert team of staff writers—including Krishnadev Calamur on global news, Alia Wong on education and Alexis C. Madrigal on technology—whose photos all regularly appear on the homepage.

Axios.com
Launched in 2017 by a trio of Politico veterans (Jim VandeHei, Mike Allen and Roy Schwartz), Axios spent much of 2018 cementing its status as the new Beltway must-read—particularly the Axios AM newsletter, with its brisk, big-picture take on politics, business and tech. And Axios' four-part TV series, "Axios on HBO," gave it buzz far beyond the D.C. chattering class.

Bloomberg.com
The Bloomberg.com business-journalism machine continued to be unstoppable in 2018, and management is feeling confident enough in its must-read status that it added a metered paywall (following the example set by Bloomberg Businessweek, the content of which lives in a section of Bloomberg.com).

BuzzFeedNews.com
Under Editor Ben Smith, BuzzFeed News was a 2018 Pulitzer Prize finalist (in the international reporting category), and given how some of its groundbreaking reporting presciently charted the course of parts of Special Counsel Robert Mueller's investigation, we'd be surprised if Smith's team doesn't get a 2019 Pulitzer nod (or even a win) in investigative reporting.

NYMag.com
Like Bloomberg.com, NYMag.com added a metered paywall in 2018. Given how essential the Intelligencer vertical has become to making sense of the news (see especially Jonathan Chait and Olivia Nuzzi's take on politics), it's a gamble worth taking. And given that the site averages monthly uniques of 30-plus million, representing year-over-year growth of nearly 50 percent, it's got plenty of wiggle room to experiment with extracting reader revenue.

NewYorker.com
Condé Nast's NewYorker.com has had a metered paywall in place since 2014, which is one reason why reader revenue for the brand overall, including the glossy mothership, is so enviously high (see our Magazine A-List). Still, monthly uniques increased to 19.5 million (up from 18.5 million in 2017) and the magazine used its website to relentlessly break news and respond to it—particularly in the News Desk and The Current ("New Yorker writers respond to the news") sections, most notably surrounding the midterm elections.

NYTimes.com
In February, The New York Times Co. announced that its subscription revenue had surged past $1 billion for the first time—and most of that growth came courtesy of NYTimes.com. Throughout the year, particularly in regard to its White House coverage—endlessly derided by President Trump as "fake news" (and then often confirmed by White House staffers, hapless Trump lawyer Rudy Giuliani or Trump himself)—the Times has proven itself to be a truly digital-first newsroom (and in 2018, a three-time Pulitzer Prize-winning one).

WashingtonPost.com
Given that The Washington Post has scant distribution outside the Beltway, the strategy behind WashingtonPost.com has been essential to elevating the paper's journalistic power and relevance to the national discourse. The Post shared a Pulitzer in the national reporting category with The New York Times for coverage of Russia's interference in the 2016 election—journalism that, along with the Post's investigative reporting win for its coverage of U.S. Senate candidate Roy Moore, would have been inconceivable without the metabolism and iterative publishing capabilities of WashingtonPost.com.

Wired.com
In February, during Wired's 25th anniversary year, Wired.com added a metered paywall. In doing so, it expanded its coverage with two new online-only sections: Ideas, which features big-picture takes on digital culture (e.g., "Why Japan Is a Rare Holdout in Asia's Cash-Free Future") and Backchannel, a longform feature hub. (Of course, longform features from the print mothership, including Wired Editor-in-Chief Nicholas Thompson's viral February cover story, "Inside Facebook's Two Years of Hell," also appear first on the website.) In 2018, Wired.com kept investing in digital, poaching a new site director, Scott Rosenfield, from Outside, and a new social media director, Meghann Farnsworth, from Recode/Vox Media.

WSJ.com
If you've read this far, you likely realize that most of our digital A-List honorees have paywalls and, as noted above, several of them were added rather late in the game (i.e., 2018). The Wall Street Journal's WSJ.com, of course, pioneered the successful implementation of a highly profitable paywall starting in 1997, and in the years since it's been perfecting its paywall tech, now deploying dozens of personalized signals to determine how much content to serve up to any given reader and how to convert the best prospects into paying subscribers. At the same time, the paywall has been porous enough to make sure the paper's most essential journalism—particularly its blockbuster reporting regarding Trump's hush-money payments to porn star Stormy Daniels as well as National Enquirer parent American Media Inc.'s entanglement in a protection racket for Trump—has gotten the exposure it deserves.

TheAtlantic.com
The Atlantic's website appears above in the News & Politics category, but we're also honoring it here because of its extraordinary culture coverage. See, for instance, Ibram X. Kendi's "A House Still Divided," about the continuing "existential threat" of racism in this country, or Hannah Giorgis' "Terry Crews and the Discomfort of Masculine Anxiety"—pieces that dive deep into our national psyche. It's worth noting that some of the site's most viral posts (e.g., Judith Shulevitz's "Alexa, Should We Trust You?") originate in the brand's print edition, which suggests that The Atlantic's staff knows exactly how to connect with readers no matter the platform.

BonAppetit.com and the Food Innovation Group

Complex.com
Under Complex Media CEO Rich Antoniello, Complex has morphed from a glossy youth-culture magazine (co-founded by designer Marc Ecko in 2002) to a multimedia empire with pop-culture/street-culture site Complex.com at its heart. Unique visitors are averaging 49 million per month (up 10 percent YOY), giving new-ish owners Hearst and Verizon (they teamed up to jointly acquire Complex in 2016) access to elusive male millennials and post-millennials thanks to laser-focused content (e.g., see the "Sneaker Shopping" video series hosted by Joe La Puma). For its IRL brand expression, ComplexCon, Complex also appears on our Event Publishers A-List.

Delish.com
Hearst's Delish has been averaging 22 million unique visitors per month (up 21% YOY) and has been reaching 6.2 million millennials each month, thanks in large part to its strong social media game (19 million Facebook followers, 1 million Instagram followers and a new Snapchat show, "WTFood" that's racked up 16 million unique views so far). Editorial Director Joanna Saltz has also been focusing on the IRL expression of the brand, with the production of 100-page "bookazine" newsstand specials such as the Delish guides to soup and cast-iron cooking, plus "Delish: Eat Like Every Day's the Weekend," a 400-page hardcover cookbook published by Houghton Mifflin in October. Meanwhile, Hearst's cross-brand digital sales team has been convincing big marketers to come on board as category-specific "Official Sponsors of Delish," including Unliver (in the ice cream category) and Walmart Fresh (groceries).

NYMag.com including The Cut, Vulture, The Strategist, Grub Street and Intelligencer

People.com
Though its print mothership continues to do great business (with top issues selling upward of half a million copies at the newsstand), we're honoring People here because, under Editor-in-Chief Jess Cagle and Publisher Cece Ryan, it increasingly functions as a digital-first business. People.com unique visitors are averaging 70 million per month (up nearly 40 percent YOY), and over the Royal Wedding weekend (May 19-20), the site drew 22.5 million visitors thanks to wall-to-wall coverage (200-plus pieces of content) of Prince Harry and Meghan Markle's nuptials. Much of People's digital growth can be attributed to its impressive video-production capabilities and facilities, including a Hollywood studio where content for its OTT channel, PeopleTV, is produced. (See our Video Publishers A-List, where People is also honored.)

Self.com
Condé Nast ended the print edition of Self magazine with its February 2017 issue. In 2018, Self firmly established itself as a digital brand that didn't need a glossy mothership to thrive in the crowded health & fitness media marketplace. Self.com uniques grew nearly 40 percent, and brand revenue rose 88%, driven in large part by a booming video business that focuses on no-nonsense how-to fare (e.g., "5-Move Core and Cardio Workout," "15-Minute Dumbbell Workout for All Levels"). The brand has also proven itself with its strong social presence (see, for instance, the Self channel on Snapchat Discover, which averages 9 million monthly uniques)—nicely validated by Self winning the first-ever National Magazine Award for social media in 2018.