Amazon.com has reached a deal with pay-TV channel Epix to add movies such as "The Hunger Games" to the roster of films available through Amazon Prime Instant Video, ratcheting up the company's nascent competition with Netflix. 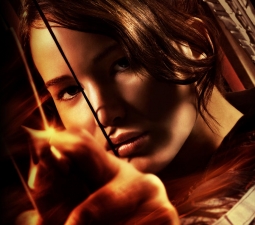 Amazon hopes streaming 'The Hunger Games' and other movies will keep customers in its ecosystem.

Including films added in the multiyear agreement, the number of titles viewable via the Prime subscription service has more than doubled since Amazon debuted the Kindle Fire media tablet a year ago, Amazon said in a statement today. Netflix shares fell the most in six weeks.

Amazon, the world's largest online retailer, is expected to unveil an updated version of the Kindle Fire this week. The tablet comes with a free month of Amazon Prime, a service that costs $79 a year and includes free two-day shipping for online purchases and access to streaming videos. Amazon has been expanding streaming videos on Prime to compete with Apple's iPad and challenge Netflix in the online-movie market.

"The goal for Amazon with tablets is to keep people in their ecosystem, and that 's what they've done by adding more content," said Edward Williams, an analyst at BMO Capital Markets in New York, in an interview. "It removes some of the uniqueness of the Netflix content and makes the Amazon offering more competitive."

Netflix Chief Executive Officer Reed Hastings said in July that the company didn't anticipate being "affected significantly" by Epix movies appearing on competing streaming-video services. "Epix is not a particularly large source of total viewing," he said on a conference call after the company reported second quarter earnings.

Amazon said the Epix partnership expands the number of titles on the Prime service to more than 25,000. Last week, the company said it had more than 22 ,000.

Netflix charges $7.99 a month for unlimited streaming video over the Internet.