BMW is swept up in 'Ingraham' boycott, but never advertised there | Ad Age
Skip to main content

BMW is swept up in 'Ingraham' boycott, but never advertised there 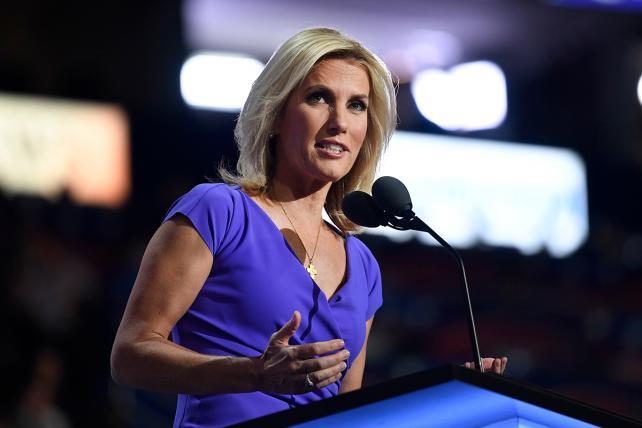 These days even an advertiser that has never aired a commercial in a show being boycotted can get caught up in the crossfire.

More than a dozen marketers have pulled their ads from "The Ingraham Angle" after Laura Ingraham tweeted last week that Parkland, Florida, school-shooting survivor David Hogg "whined" about not getting into the colleges of his choice. BMW was not one of those advertisers. In fact, the automaker hasn't run any commercials on Fox News since last spring, when sexual harassment allegations against Bill O'Reilly resulted in an advertiser exodus and cost the long-time host his job. "The Ingraham Angle" debuted last fall.

That hasn't stopped the Twittersphere from calling out BMW as one of the brands pulling its ads.

Boycott BMW. BMW just withdrew sponsorship from Laura Ingraham after she said she was sorry for sharing that David Hogg had been rejected by 4 colleges. BMW said sorry after WWII. Should we reject them?

CNN anchor Jake Tapper was one of those questioning BMW's "decision" to drop the show. "The notion that BMW is boycotting anyone else is interesting," Tapper wrote in a tweet on Monday, linking to an article about BMW's apology for World War II-era Nazi links. That post appears to have been deleted, but others' responses are still circulating.

If @BMW wants people to accept their apology and buy their product they should also accept the apology of others like @IngrahamAngle & not boycott her show!

Woah. I think BMW has a right to advertise wherever they please without the Holocaust being referenced for the advertising decisions they make. This is not the same thing Jake.

And according to iSpot.TV, BMW has not run any ads on any Fox News shows since March 27, 2017.

The heat the automaker is getting is another sign of the contentious political environment, not just for politicians but for marketers as well, not to mention the amplifying and sometimes distoriting effects of social media.

There are few winning strategies for brands: Once they've been called out by advocates, both pulling advertising and standing pat are perceived as political stands.

Ad boycotts may not be new, but they've become prominent and sometimes powerful levers for critics and political adversaries, especially over the past year. It was last April that Fox News decided to pull the plug on "The O'Reilly Factor," the No. 1 show in cable news, after more than 60 advertisers fled the program amid the sexual harassment allegations. (A Fox News spokeswoman says it fired O'Reilly when new allegations arose, not because of the ad boycott.)

Since then, some marketers have also withdrawn support for Megyn Kelly's Sunday night newsmagazine on NBC, for interviewing conspiracy pusher Alex Jones, and a production of "Julius Caesar" that depicted the assassination of a Trump-esque title character.

However predictable the calls for an ad boycott have become, the results still vary. Kelly's episode aired as planned and her Sunday night show continued on. "Julius Caesar" proceeded, though New York's Public Theater lost Delta Air Lines as a sponsor.

When boycotts don't succeed in driving out a host or canceling a program, they can grind on even after the headlines dissipate.

Irate Sean Hannity supporters took to smashing their Keurig machines in November, after the company said it was pulling its ads from "Hannity" over the host's defense of Republican Senate candidate Roy Moore, who allegedly had a sexual encounter with a 14-year-old when he was in his 30s. Although a whipsawed Keurig CEO subsequently apologized to employees for appearing to take sides, Keurig has stayed away from the show.

So have about a dozen advertisers who pulled their commercials from "Hannity" starting in May 2017 following his coverage of a conspiracy theory around the death of a Democratic National Committee staffer.

Just two brands that previously said they were out, Cadillac and prescription blood thinner Eliquis, have returned to "Hannity," according to iSpot.TV. Cadillac ran two spots since the beginning of the year, while Eliquis had six airings.

"Hannity" has survived nonetheless, and is No. 1 in cable news at 9 p.m.

While Fox News cut ties with O'Reilly less than a month after The New York Times reported that the host and the network allegedly settled with women who made claims of sexual harassment against O'Reilly, this time it seems they aren't going the same route with Ingraham.

"We cannot and will not allow voices to be censored by agenda-driven intimidation efforts," Fox News co-president Jack Abernethy said in a statement. "We look forward to having Laura Ingraham back hosting her program next Monday when she returns from spring vacation with her children."

O'Reilly also issued support for Ingraham on Monday, and a warning about the ad boycott of her show. "It is being directed by powerful, shadowy radical groups," he said on Twitter.

Advertisers including Liberty Mutual, Hulu and Bayer said last week they would not air ads in the show, despite an apology by the host.