As the venerated 130-year-old Los Angeles Times was laying off more of its reporters a few weeks ago, Capital New York, a small news startup based in Manhattan, raised $1.7 million with plans to double its editorial staff -- to a grand total of nine.

While that count hardly compares to the Los Angeles Times' editorial staff of 600, it's a notable achievement given that the prospects for original, digital-only journalism remain unclear, let alone original reporting practiced by established broadsheets like the Times.

The company also brought on former New York Times marketing executive Bianca Janosevic in January as president, and advertisers are expected to come onboard in the next few months.

The investment will also be put toward building out the site "with more articles, more aggressive reporting and more regular features, as well as some new ideas about how to present news, stories, information etc," Mr. McGeveran explained. Engineering and sales staff are also forthcoming, though he cautioned that will take some time. 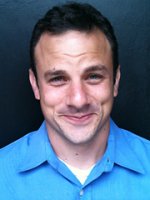 Angel investor Adam Riggs led the recent funding and will sit on Capital's board, which includes Messrs. Benson and McGeveren and newcomer Lockhart Steele, founder of the Curbed network. 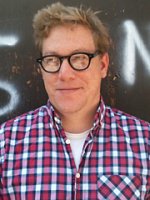 "He's just a good guy," Mr. Benson said. "We think he's really smart, and he's the right guy to be leading the investors."

Capital's growth within the New York startup scene suggests the perennial sense of gloom within media is misplaced, according to Mr. Benson. "We can't think of anything more fun than being part of the wave of places that 's figuring it out," he said. "There's really something good that 's happening because we're innovating, and others are as well."

Nonetheless, Mr. Benson said Capital wanted to be responsible about growing its staff. "Part of the reason it took so long to hire is we weren't going to offer people who have perfectly nice jobs elsewhere new jobs with us unless we had the stability," he said. "It was important for us to do it the right way -- the fact that it's a startup is our problem, not theirs."

The velocity of blog launches these days has Gawker Media feeling staid by comparison. The New York Observer recently went back to broadsheet format and launched a number of blogs, including the tech-focused BetaBeat. The New York Times and New York Magazine have expanded their blog footprints, and even the New Yorker has dipped its pre-eminent toes into the bloggy waters. Messrs. Benson and McGeveran, however, have long said the over-presence of local reporting is a helpful setting for Capital and its readers.

"We always thought that we want a site for intellectually ambitious New Yorkers who actually care about the town," Mr. McGeveran explained. "The more they know the better. That's the fun thing about being in this environment -- we don't begrudge our readers spending time with the Times or the Observer because that makes them smarter readers. At the same time we plan to be super competitive."

(Disclosure: I wrote a piece for Capital New York some time ago.)