While not as popular as the Brit mothership, this import is rejuvenating the Eye Network
READ THIS NEXT
Warner Bros.’ 2021 films to hit both HBO Max and theaters in move that rocks film and streaming industries 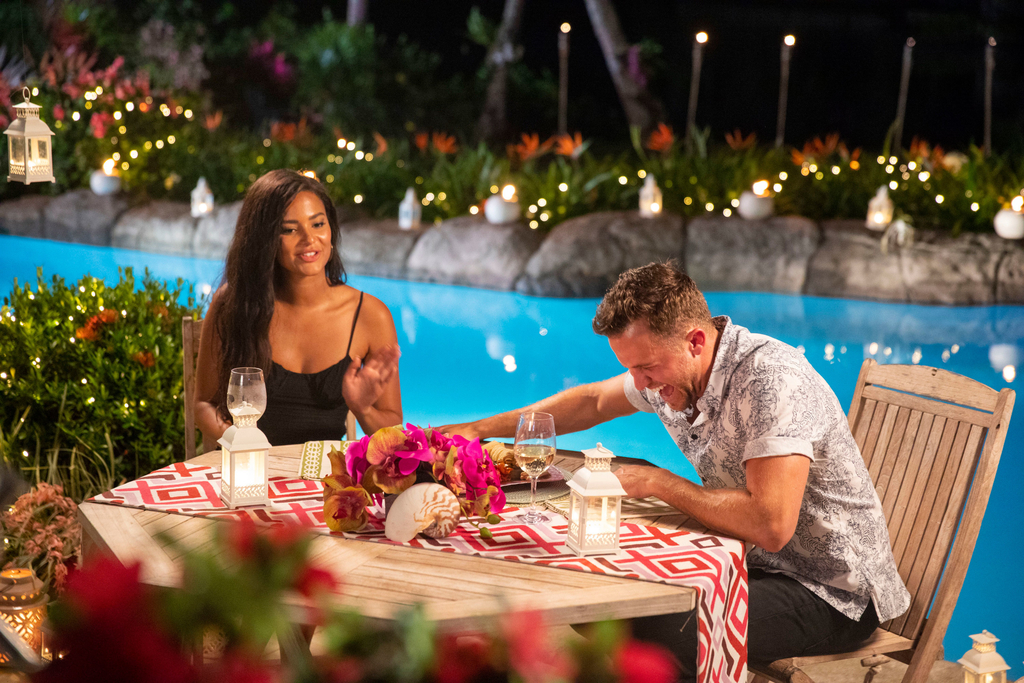 Someone now long dead once observed that the English and Americans are two peoples divided by a common language, which is a rather clever way to say that while a shared tongue facilitates our longstanding alliance, it also makes it a lot easier to argue with each other. Cultural preferences account for much of the friction between the two tribes; in their perversely English manner, our transatlantic cousins cherish hundreds of ridiculous things that we Americans don’t particularly have much use for. These include Stargazy pie, cricket, Oasis, apologizing, and, if the Nielsen ratings are anything to go by, “Love Island.”

Wildly popular on its home turf, “Love Island” is a cheery, cheeky dating show featuring a cast of hot Scousers, Mancs and Geordies who spend much of their time enthusiastically snogging, shagging and otherwise getting into each others’ knickers. When not “rumbling with the viceroy” or whatever they call hooking up over there, the inhabitants of “Love Island” participate in a number of contests and challenges that don’t seem to have much of a point. A recent episode of the U.K. edition included a sequence in which the women in the cast gamely squashed whole watermelons with their bums. These bawdy goings-on are provided narrative cover by a Scottish comedian named Iain Sterling, who regularly steps in to make fun of everyone involved.

It’s all in good fun, and the Brits can’t get enough of the saucy programme. Now in its fifth season, “Love Island” is putting up massive ratings numbers, drawing 6.1 million viewers earlier this month. In other words, 10 percent of the U.K. tuned in for the episode; a similar turnout here in the States would translate to roughly 12 million viewers.

Unfortunately for CBS, its Yankee Doodle Dandy adaptation of “Love Island” hasn’t been anywhere near as popular as the U.K. flagship. According to Nielsen live-plus-same-day data, the summer series is currently averaging just 2.33 million viewers, of whom 845,000 are members of the network’s key 25-54 demo.

If those deliveries seem mighty tame for a show that boasts a 22-episode order, they are also not as disastrous as the Hollywood trade press would have you believe. While “Love Island” may not be putting up “Under the Dome” numbers, it is pulling its weight. Through its first six episodes, the show stands as CBS’s second-highest-rated summer series, trailing only the long-running phenomenon that is “Big Brother.”

If the size of the “Big Brother” audience is considerably greater than the “Love Island” crowd—the 21st season of the competition series scares up twice the number of adults 25-54—the newcomer is making up a good deal of ground in another metric. Since launching on July 9, “Love Island” has attracted an audience with a median age of 56.8 years, making it CBS’s second-youngest-skewing summer show. “Big Brother” enthusiasts are only a bit less gray (55.4 years).

To put the audience demographics into perspective, it’s worth noting that CBS’s summer dramas are viewed by a far more wrinkly mass of consumers. In its seventh and final season on CBS, the Sherlock Holmes procedural “Elementary” is the youngest-skewing drama in the bunch, boasting a median audience of 63.4 years. The freshman potboiler “Blood & Treasure” has a median age of 65.3 years, while “Instinct” (67.1) and  “The Good Fight” (68.0) are older still.

“Love Island” also draws a proportionately younger set than the NBC juggernaut “America’s Got Talent.” Now in its 14th season, the summer’s top-rated show delivers an audience with a median age of 60.4 years, or 11.4 years beyond the terminal integer that caps NBC’s target demo. Of course, if the “America’s Got Talent” fan base is a bit creakier than the “Love Island” faction, the sheer number of commercial impressions the NBC show serves up is impossible to overlook. “AGT” draws three times as many adults 18-49 and 25-54 than “Love Island.”

The CBS newbie’s audience also aligns with that of ABC’s “The Bachelorette.” The reigning queen of sultry season hookup shows, “The Bachelorette” draws a crowd that is just one year younger than those who tune in for “Love Island.”

A cheap way to fill a bunch of summer primetime hours—“Love Island” airs Monday through Friday nights at 8 p.m.—the newcomer will wrap its inaugural season on August 7. Voyeurs looking to catch up on the hijinks in Fiji can watch the first seven episodes on CBS.com; the cost of admission is five two-minute ad breaks.

Speaking of advertising, “Love Island” is freighted with the usual blend of pharmaceutical, insurance and consumable come-ons; per iSpot.tv data, among the show’s top spenders are Blue Buffalo, Trivago, Geico, Walgreens, Domino’s, Coca-Cola and Walmart.

At times, “Love Island” offers a grim sneak preview of all the horrible things that will happen to you once you age out of the swimwear-as-travelwear demo. Log a good deal of time with the show and you’ll notice ads for Novartis’ Cosentyx, which is prescribed to treat plaque psoriasis and psoriatic arthritis; Bristol-Myers Squibb’s Eliquis, an anticoagulant; Allergan/Ironwood’s irritable bowel syndrome remedy Linzess; and Pfizer’s Eucrisa, a steroid-free ointment for people with eczema.

If you’re allergic to the use of the word “like” as a discourse marker, be aware that the cast of “Love Island” luxuriates in this particular verbal tic. If you were to take a drink whenever someone in the villa utters “like,” you’d be comatose before the first commercial break. Diagram this sentence (uttered during a recent episode by 22-year-old grocery store cashier Zac), nerds:

But whatever. It’s summer. Not everything has to be “The Seventh Seal” or, like, “The Littlest Groom.” If nothing else, watch “Love Island” and revel in all the improbable names; for example, the guy with the incomprehensible Irish accent is Cormac (unfortunately, this is not the same fellow who wrote “Blood Meridian”—now that would make for some riveting TV), and the dude with the mole the size of the red spot on Jupiter is Cashew. (Actually, it’s “Cashel,” but try telling that to Microsoft Word’s autocorrect.)