U.S. ad spending will grow at a modest but fairly steady rate over the next few years, aided in large part by the continued surge in digital media, including social and mobile platforms, according to ZenithOptimedia's latest ad spending forecast. 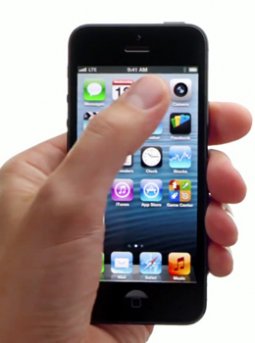 Mobile ad spending is expected to finish the year up 58%.

In other forecasts released at the same time, others predicted smaller gains. Group M predicted, for example, that U.S. ad spending will conclude 2012 up 3.5% and rise 2.7% next year. "As spending in 2013 won't enjoy the boost from Olympic and election-year spending we saw in 2012," Group M Chief Investment Officer Rino Scanzoni said in a statement. "At the same time, overall economic conditions in the U.S. do not support more than very moderate advertising spending expansion."

ZenithOptimedia said digital remains a key nexus of activity. "There is intense marketplace competition to develop new platforms and advance existing ones in an effort to drive scale and improve effectiveness," it said in its forecast, citing efforts from startups, traditional media companies trying to become more digitally powerful and "the big five": Apple, Amazon, Google, Facebook and Microsoft.

"While we are well past the worst of the economic downturn, economic growth remains slow," the report said. But the forecast also points to growth in some areas as TV dollars continue to move from network to cable and mobile devices give "new life to magazines."

Print itself will continue to suffer. The forecast's largest decreases for 2012 are for newspapers (down 8% this year, according to ZenithOptimedia) and magazines (down 3.4%). But tablets offer a brighter future for publishers by providing an opportunity to delve into new ad revenue streams. Less than half of all publishers have a presence on the iTunes newsstand, the report said, but nearly 40% of tablet owners access magazine content on these devices each month.

Network TV spending is expected to get a 1% boost in 2012, largely due to the Summer Olympics, but Zenith downgraded its estimate for the sector next year to a decrease of 2%. "As dollars move into cable, we see increased small decreases of -1% in 2014 and -1% in 2015," added the report.

While Zenith predicts stable growth for the U.S., which spends more on advertising than anywhere else in the world, the U.S. fiscal cliff poses a major threat to global ad spending in 2013, the forecast stated. The other major threat listed is "the potential for further conflict in the Middle East (and therefore higher oil prices)."

"As has been the case since the economic downturn began in 2007, this growth will be led by developing markets, which we forecast to grow by 8% on average in 2013, while developed markets grow by just 2%, weighed down by the eurozone crisis," the agency said.

Developing markets are expected to contribute 61% of global ad-spend growth between 2012 and 2015, and increase their share of global spending from 34% to 37%, according to the report.