Four things to look out for as ViacomCBS comes to life 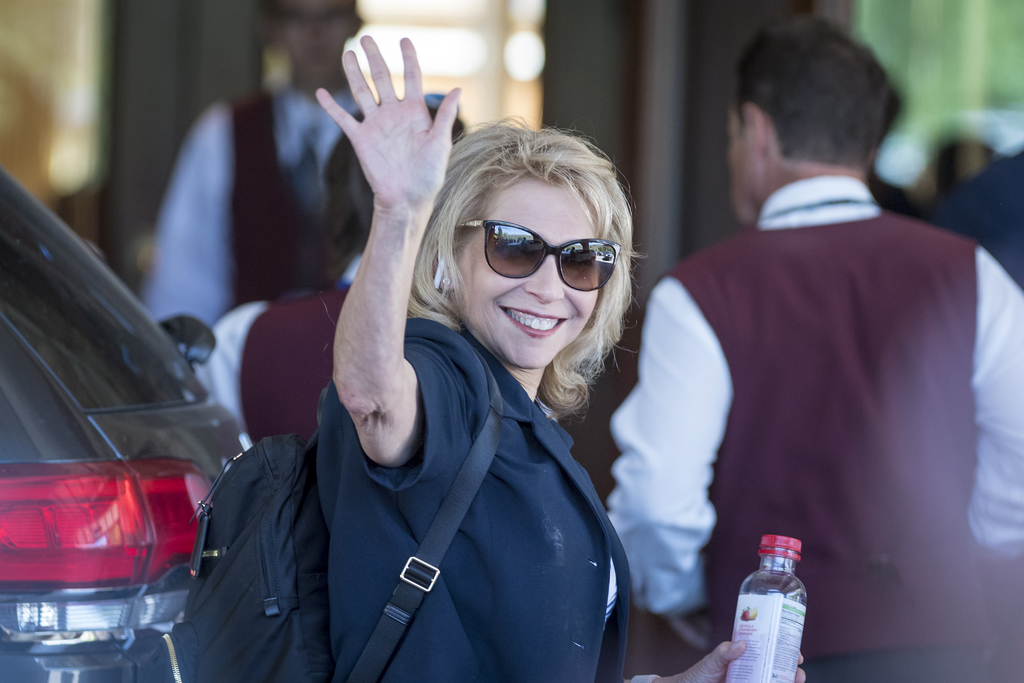 Shari Redstone is set to become chair of the combined ViacomCBS.

It ultimately took an extraordinary set of circumstances to clear the way for the reunion, but after three years of hemming and hawing (and the headlines-grabbing ouster of Les Moonves), CBS and Viacom have at long last agreed to a merger. The deal will bring together the CBS, Showtime, MTV, Nickelodeon and Paramount Pictures brands, among many others, under a single entity known as ViacomCBS.

In effect, today’s agreement undoes the 2005 split engineered by Viacom Chairman and CEO Sumner Redstone, which in turn pulled apart the 2000 merger of the broadcast and cable assets. At the time, that initial amalgamation of assets was valued at $44 billion; by comparison, today’s ViacomCBS is worth about $30 billion.

Of greater importance to shareholders, however, is how ViacomCBS stacks up against the other power players in the media space. As much as the consolidation is a necessary step in trying to remain competitive with the rest of the playing field, the new company still doesn’t enjoy the sort of scale that will allow it to go toe-to-toe with the likes of Walt Disney Co. and its $248.4 billion market cap, AT&T ($255 billion) and Comcast ($198.5 billion). Which brings us to item No. 1 in our roundup of What This All Means:

The chairwoman of the board of directors has a shortlist of properties she’d like to acquire in order to bolster ViacomCBS’s standing in the media market, and among the most likely targets are Discovery ($15.2 billion cap); Sony Pictures, which boasts an estimated market cap of around $34 billion and includes the eponymous TV studio and the Columbia theatrical arm; and AMC Networks ($2.9 billion cap). The Spanish-language network Univision is also a possibility, as CBS over the past few years has sniffed around the property, which is now said to be on the market at fire-sale prices.

Discovery is perhaps the best fit for the new conglomerate, as newly installed ViacomCBS President and CEO Bob Bakish has a demonstrable interest in the Scripps Networks, which include HGTV and Food Network. Discovery in 2017 outbid Viacom and Bakish for the Scripps assets, so it’s unlikely that his fascination with the lifestyle networks has abated in just two years. One hangup of such a scenario would involve the sort of role Discovery CEO David Zaslav could expect to play in Bakish’s C-suite, although Redstone and the board could be able to finesse the inherent redundancies by appointing Zaslav the head of all international business.

Flexin’ on the ‘Flix

If scale is the primary driver behind the union of the CBS and Viacom assets, the long-term vision is all about gearing up for the incipient streaming battles. If it’s to compete in the same arena as Disney+, HBO Max, Apple TV and NBCUniversal’s developing OTT service, CBS needs more content to bulk up the ad-supported CBS All Access and Showtime’s direct-to-consumer offering.

In the near term, All Access may diversify its slate of originals and library content (“Star Trek: Discovery,” “The Good Fight,” “Twin Peaks”) with scores of Viacom’s younger-skewing programming. All told, ViacomCBS boasts a library of 140,000 episodes of TV and another 3,600 film titles, many of which (“The Godfather,” “Chinatown,” the “Star Trek” pictures) are likely to find a home at the Showtime OTT platform.

None of which is to say that the new company’s streaming products is going to take Netflix out at the knees. With some 152 million subscribers scattered across the globe, Netflix is still king, queen and jack of the OTT space. But the more premium content ViacomCBS can offer subscribers, the better its chances of finding a niche among the second tier. (At present, the CBS and Showtime OTT platforms serve in the neighborhood of 8 million subscribers, with projections boosting that headcount to some 25 million by 2022.)

As the ink begins to dry on the contracts, details about the future of the ViacomCBS streaming strategy remain murky. The company today said it plans to “accelerate and expand” its direct-to-consumer game plan and expand globally, but has not offered any guidance about a possible scheme to bundle its two OTT products a la Disney’s recently-announced $12.99 streaming package.

Lords of the idiot box

As much as ViacomCBS’s long-term vision has to do with reaching viewers beyond the living room, the linear TV business is nowhere near as moribund as Silicon Valley would have you believe. The CBS broadcast network is not only the most-watched U.S. TV outlet, but in its Sunday afternoon NFL package, it also holds a piece of what is perhaps the medium’s last true reach vehicle. (And no, CBS is not losing its football rights to a digital arriviste; as CBS Sports Chairman Sean McManus told investors a few months ago, his team will “do whatever is necessary to make sure the NFL stays on CBS.”)

The combined reach of CBS and Viacom now makes the company the top dog as far as leadership share is concerned. Per Nielsen data, ViacomCBS in the 2018-19 broadcast season accounted for 22 percent of all impressions, edging the likes of Comcast/NBCU (18 percent), Disney (14 percent) and Fox (14 percent). The joined assets put the company at the top of the heap in total audience deliveries, as well as the 18-48 and 25-54 demos, which should prove to give ViacomCBS a considerable advantage when it goes to market in the 2020-21 upfront.

Of course, it’s not going to be all daffodils and jellybeans for the employees who have been giving each other the harry eyeball for the last three years. The statement issued this afternoon assures stockholders that the transaction is “expected to deliver an estimated $500 million in annualized run-rate synergies within 12-24 months following closing,” which is all well and good until you recall that “synergies” is a Greek borrowing that may as well mean “redundancies” on Wall Street.

As much as there isn’t a lot of overlap in the Venn diagram of the CBS and Viacom content divisions, as the recent Disney-Fox and AT&T-Time Warner mergers demonstrated, layoffs always follow on the heels of large-scale integrations. The departments that generally are hit the hardest by these sorts of deals are PR, marketing, ad sales and human resources. Whether former Viacom staffers will have a leg-up over their CBS counterparts—after all, Redstone certainly seems to have given Viacom top billing (both literally and figuratively) and Bakish is now the boss of the entire operation—remains to be seen.