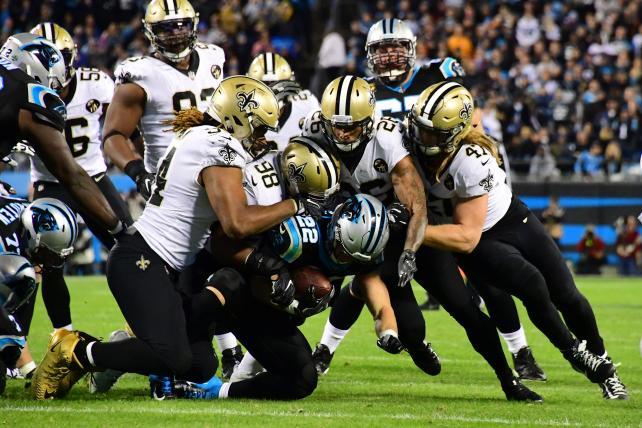 When Fox Sports head Eric Shanks attended last month's Major League Baseball owners meeting, he did more than pass along good tidings from his boss. He brought the man himself, Lachlan Murdoch.

Like his billionaire father Rupert, Murdoch knows commissioners and owners are integral to his vision for the company, which is charting a new course after a blockbuster deal with Walt Disney Co. The meeting was a chance to show Fox's loyalty to baseball at a time of flux, Shanks said.

"That's how you build a successful business," he said in an interview. "The strategy is actually putting the effort into -- and making sure -- every one of your partners knows how important they are."

It's nearly impossible to overstate the importance of professional sports to New Fox, the company that'll be left after 21st Century Fox Inc. completes the sale of its entertainment assets to Disney next year.

Decades after Rupert Murdoch used NFL games to draw an audience to his fledgling media company, New Fox is banking on what Shanks called a "foundation of predictability" that sports can provide.

Even with its carousel of controversies, professional football still draws the biggest audiences on TV. NFL games have accounted for 47 of the top 50 most-watched telecasts since the start of the season. That's enough for Shanks.

Fox completed its first season of "Thursday Night Football" this past week, with higher ratings than last year when the show was on other networks. Key for Fox, which also shows the NFL on Sundays -- and college games on Saturdays -- is that football is played during what Shanks called the most valuable part of the year.

The company owns the rights to other events and leagues, including World Wrestling Entertainment, which signed a five-year deal in June to put "SmackDown Live" on Fox Friday nights. Besides the World Cup and Major League Soccer, college basketball and Nascar, the network also shows bowling and Premier Boxing Champions, which is sometimes offered via pay-per-view.

While sports draw a big audience in a coveted demographic, the rights are costly and getting more so. Fox agreed to pay at least $5 billion for a seven-year extension of its deal with Major League Baseball, a 36 percent average annual increase.

"Not every sport is created equal," Shanks said. Some of the sports may not be able to command those increases in the future.

The NFL may be a persistent exception. The league reaps about $3.1 billion a year from its deals with CBS Corp., NBC and Fox. And newcomers such as Amazon.com Inc., Facebook Inc. and Twitter Inc. have embraced the sport as well.

Netflix Inc., which has so far sat out the gold rush for digital sports rights, had praise for Shanks's vision.

"New Fox appears to have a great strategy, which is to focus on large simultaneous-viewing sports and news," the company said in its last quarterly earnings report. "These content areas are not transformed by on-demand viewing and personalization in the way that TV series and movies are, so they are more resistant to the rise of the internet."

There's one big question mark in the future of Fox Sports. As part of its $71 billion Fox deal, Disney has agreed to unload the company's 22 regional sports networks, or RSNs, a move to placate regulators. It's not yet clear who will acquire the networks, and it's possible that some may wind up back at New Fox.

Bankers suggest the RSNs may be worth as much as $20 billion, supporting the value proposition of live sports.

Shanks said the biggest risk in his strategy would come from folks opting out of live television.