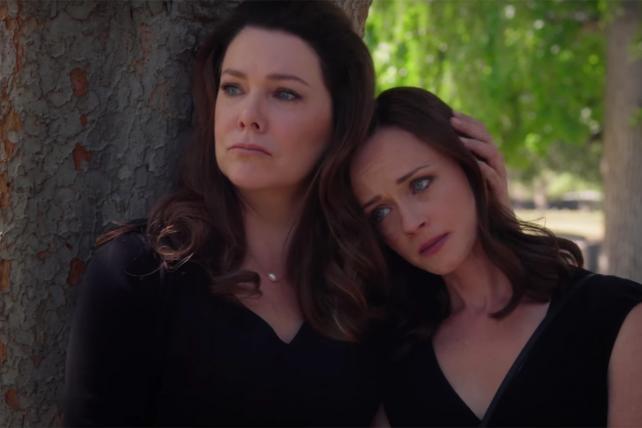 'Gilmore Girls: A Year in the Life.'
Credit: Netflix via YouTube

Netflix's revival of "Gilmore Girls" ranks as the No. 3 most-watched original series on the platform among younger viewers in the three days after a premiere.

According to preliminary data from measurement firm Symphony Advanced Media, the four episodes of "Gilmore Girls: A Year in the Life," averaged 5 million viewers among 18-to-49 year olds and pulled a 3.59 rating in the demo in the three days after it dropped on Netflix.

It comes in behind the first season of "Fuller House," which was watched by 7.3 million people in the demo in the first three days after it premiered and Season 4 of "Orange Is the New Black," which averaged 5.8 million 18-to-49-year-old viewers.

A Symphony spokesman noted that because these are preliminary numbers there is still a chance that "Gilmore Girls" could overtake "Orange Is the New Black."

It is worth noting that Netflix Chief Content Officer Ted Sarandos has questioned the accuracy of Symphony's measurement approach. Netflix does not provide viewership information for its programming.

Symphony gets its audience data from panelists who download an app that runs in the background of their mobile devices or PCs, listening to identify the content they watch. A GPS component can track where people are accessing content, whether at home or on the go. It works with Tribune Media's Gracenote to identify shows.

There was plenty of hype leading into the arrival of "Gilmore Girls: A Year in the Life," which debuted on Netflix the Friday after Thanksgiving. Fans of the WB series had been clamoring to return to the fictional town of Stars Hollow and hear the final four words creator Amy Sherman-Palladino had intended to end the original series with before departing due to a contract dispute.