Here’s what Times Square looks like with partial ad-blocking 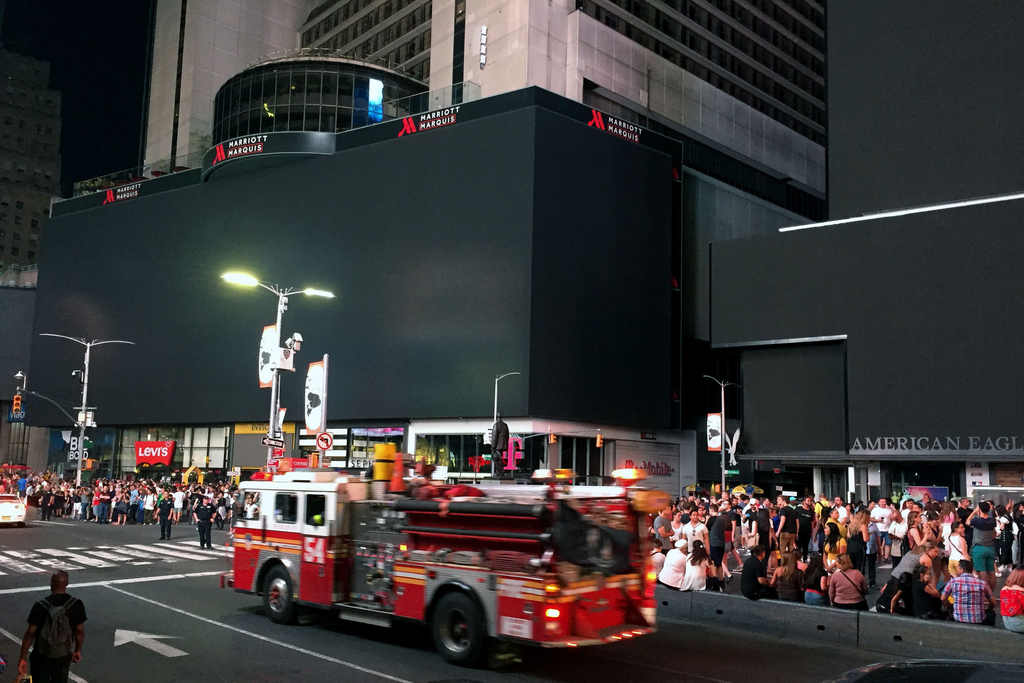 Over the weekend a post titled “Times Square with ad block enabled” was upvoted enough times to land on the homepage of Reddit; it featured a wry Photoshopped image of a mostly-erased Times Square, followed by plenty of comments from Redditors pointing out that others have done their own ad-free Photoshop jobs on Times Square over the years, making this basically a dreaded Reddit “repost”/rerun, even if the specific image served up was fresh. (Side note: “Ad Age imagines a world without ads—and it’s not cheap,” a cover story by yours truly, was published on Sept. 28, 2015, and it featured, yes, a photo illustration of Times Square with its ads blacked out.)

But who needs Photoshop when you’ve got real life? One of the peculiarities of the mini blackout that affected parts of Manhattan on Saturday was that it darkened some, but not all, of Times Square’s digital billboards. So now we’ve got actual views, courtesy of the Twittersphere, of what partially ad-blocked Times Square would look like—which, honestly, feels more real because no ad-blocker can stop every ad:

Times Square still has some lights but one of the main fixtures is dark #blackout pic.twitter.com/nG65zrlCAw

#Blackout in Manhattan. Half of Times Square remains on pic.twitter.com/vVW4n308g3