Joins Gawker, Vice, Salon and Other Digital Media Firms in Unionization
READ THIS NEXT
Beyond MyPillow: the other biggest brand advertisers on Fox News revealed 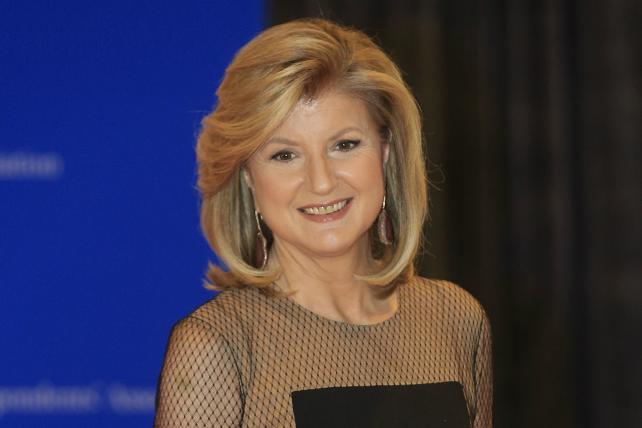 Huffington Post President Arianna Huffington has said she would support a union at the company if workers want one, but it may not be entirely up to her.
Credit: Andrew Harrer/Bloomberg

The Huffington Post has joined the unionization wave that has been rolling through digital media since the spring.

On Tuesday, the editorial staff of the New York City-based web news giant formally asked management to recognize the Writers Guild of America, East, as its collective-bargaining representative. An "overwhelming" number of editorial workers among the 350 employed by The Huffington Post and its streaming video operation, HuffPost Live, signed union cards, the announcement said.

The Huffington Post is now the biggest digital news operation to opt for union representation. The unionizing drive, in a sector of the industry that had previously had almost no union presence, started with Gawker Media's voting to join the WGA, East, this past June. Since then, Salon, Vice Media and ThinkProgress have also joined the ranks of the WGA, East. Digital staffers at The Guardian US and Al Jazeera America have unionized with the NewsGuild.

Management at all the companies voluntarily accepted union representation, except Al Jazeera America. The National Labor Relations Board subsequently supervised a vote that went heavily in favor of the union.

At The Huffington Post, there has not yet been a response to the vote from management, but Arianna Huffington, the company's president and editor-in-chief, said in October that she would support a union if that was what staffers chose.

The choice of whether to recognize the union may not be hers to make, however, now that the website is part of Verizon. In May, the telecommunications giant paid $4.4 billion for The Huffington Post's parent company, AOL.

A Verizon spokesman directed an inquiry from Crain's to an AOL spokeswoman, who did not immediately respond.

Organizers of the Huffington Post union drive want their new representatives to address a number of issues, including "transparent and equitable compensation, clear job responsibilities, editorial freedom and independence, diversity in the newsroom and consistent management protocols on hiring, firing and discipline."