Actor brought the laughs in spots for Capital One, AT&T, Blue Nun and more
READ THIS NEXT
‘America Must Change’: The story behind Time’s latest cover artwork 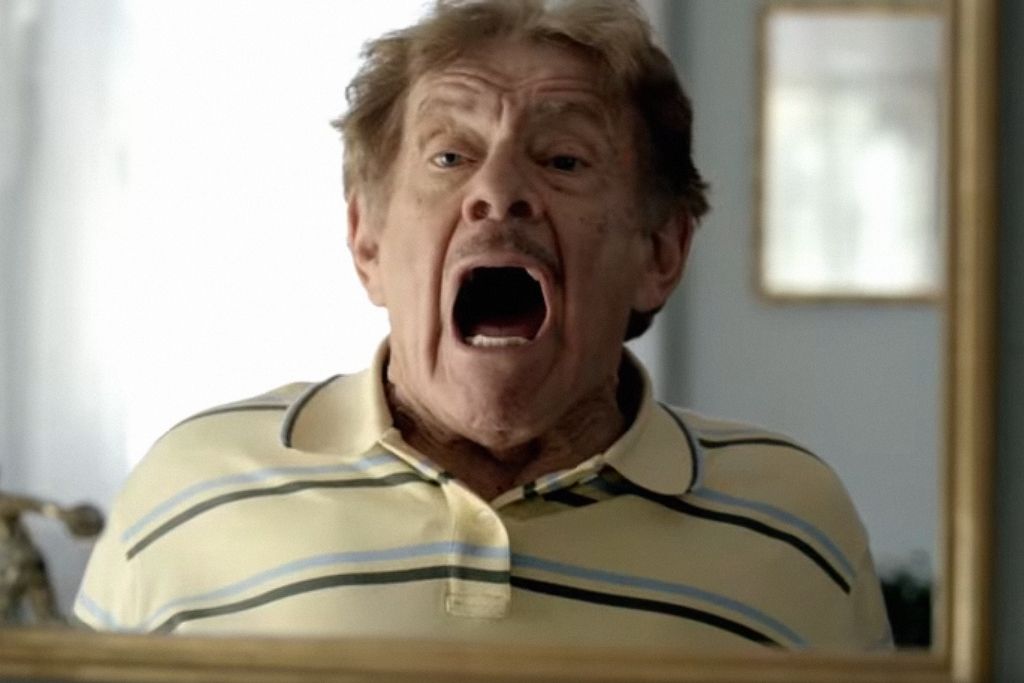 Jerry Stiller, who brought to life the hilariously irascible characters of Frank Costanza in "Seinfeld" and Arthur Spooner in "King of Queens," among other roles on TV shows and movies, passed away May 11 at age 92 from natural causes.

The actor was, of course, known for his comic routines with his late wife, Anne Meara, as part of the Stiller & Meara duo. Their son, Ben, is an actor and funnyman with a string of big-screen films to his credit.

But Jerry Stiller was also a prolific commercial actor, lending his signature shouty voice to spots for products including Windex, Glad Wrap, Capital One, AOL and AT&T. He and Meara were also a well-known spokes-team for Blue Nun wines, for which the pair did a series of classic radio spots in the 1970s.

Here we present a few Stiller spots as a remembrance of his work.

In this spot for AOL 9.0, Stiller urges a family not to use their new AOL disc to finish a wall sculpture of a fish (you can't make this stuff up) and to instead give it a try for its intended purpose. Look for a surprise guest at the end.

In this sight-gag laden Capital One commercial, Stiller takes a jab at warehouse stores, where he informs shoppers that "your groceries are the size of Idaho, but the interest rate on your purchases is small potatoes."

Stiller and Meara take a shine to one another in this Windex spot circa 1980.

Stiller throws his temper tantrum in this commercial for Mitsubishi heating and cooling, though his nemesis is himself.

For this 1995 spot for AT&T, Stiller reprises his Frank Costanza character with a little help from Estelle Harris, who played his wife on the series. He's on the phone with an AT&T rep named Margie with Harris screeching in the background. "I'm sick of circles!" she hollers, referring to calling circles, as he bellows "You got circles?" to a nonplussed Margie.

One of the most enduring pairings of '70s radio advertising were Stiller & Meara for Blue Nun wine. The spots were done by Della Femina Travisano & Partners. Back in 2015, Jerry Della Femina told Ad Age about how he first met the comedy team at a nightclub.

"He told the pair, 'Someday I am going to use you in a commercial,'" Ad Age wrote at the time. "Later, during auditions, he said, Meara and Stiller easily won the roles in the radio campaign."

Della Femina told Ad Age that the pair's ad libbing was the key to the success of the campaign, which had a budget of $70,000. The formula was based on their act, with Meara naively trading lines with Stiller, who utters the famous tagline,"May I suggest a little Blue Nun?" Her response: "Oh I don't think she'd have a very good time. Besides, it's going to be all couples."