Early start puts a damper on deliveries, but an encore claws back some lost impressions
READ THIS NEXT
Netflix results suggest pandemic streaming boom is waning 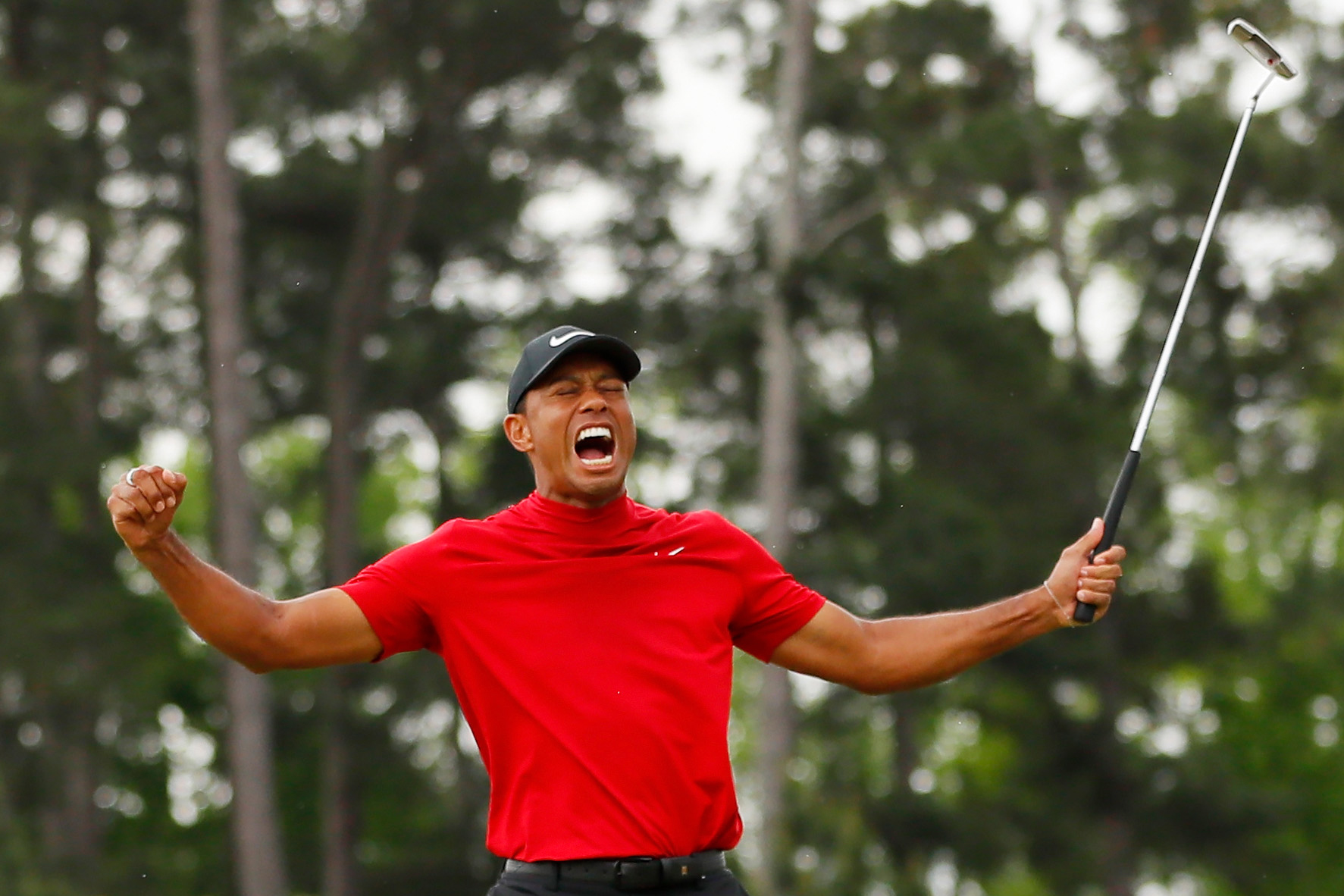 Tiger Woods celebrates after sinking his putt on the 18th green to win the 2019 Masters at Augusta National Golf Club.

The threat of rough weather may have put a bit of a damper on the final ratings tally, but CBS couldn’t possibly be more pleased for having played its part in the unlikely apotheosis of Tiger Woods. In winning his fifth Masters title and his first major championship in 11 years, the 43-year-old provided the comeback story few sports fans truly believed they’d ever get to see, and, in so doing, served as a reminder that live TV remains as relevant as it’s ever been during moments like this.

CBS’s coverage of the final round of the 2019 Masters averaged 10.8 million viewers and a 6.9 household rating, and while those numbers were among the lowest in the modern Nielsen era, they reflect the unusually early start time. In a bid to avoid a patch of heavy weather sweeping in from the west, Augusta National Golf Club officials pushed Sunday’s tee time for tourney leaders Woods, Francesco Molinari and Tony Finau all the way back to 9:20 a.m. EDT, or a good six hours earlier than usual.

Per Nielsen, the last time a final round at Augusta drew a lower live TV rating was in 1993, when Bernhard Langer won his second Green Jacket by a four-stroke margin. CBS’s broadcast of the German duffer’s Easter Sunday victory drew a 6.8 household rating.

The tee-time adjustment made the final round a harder sell for golf enthusiasts in the western-most time zones, but an encore presentation that followed on the heels of the live broadcast helped claw back a fair amount of those lost impressions. When rolled up into one tidy number, the early coverage and the replay averaged 15.4 million viewers and a 9.9 rating, making it the most-watched Masters since Woods’ second victory delivered 19.2 million viewers back in 2001.

This bonus coverage proved to be a boon for sponsors Mercedes-Benz, AT&T and IBM, which as in years past served as the lone national advertisers, an arrangement that remains unique to the Masters. According to iSpot.tv estimates, the two broadcasts delivered some 486.3 million real-time commercial impressions.

For the sake of context, the combined deliveries make Sunday’s production the 23rd most-watched broadcast of 2019, trailing CBS’s presentation of the April 6 Texas Tech-Michigan State NCAA Final Four game. The live match and subsequent instant replay also topped the 11.8 million linear TV viewers who tuned in for the final season premiere of HBO’s “Game of Thrones,” although streaming and a late encore telecast bumped the overall deliveries to 17.8 million total viewers. As the turnout for Super Bowl LIII demonstrated, determining ratings performance in the digital-video era is often a matter of defining one’s terms.

The hybrid live/delayed audience was the third-largest for a final round at Augusta since Woods went pro in 1996. Woods, who since making his debut has been a one-man ratings-driver, set the all-time TV record the following year, when he won his very first Masters in a scorched-earth final round that saw him beat runner-up Tom Kite by an astounding 12 strokes. CBS’s coverage of that historic performance averaged 20.3 million viewers and a 14.1 rating.

To say that Woods has “gone through some stuff” since his first triumph at the fabled course is to traffic in comic understatement. After robotically claiming victory in 14 majors, the mask came off and the circuit board was revealed in 2009, when tabloid stories about his extramarital affairs were effectively authenticated that Thanksgiving, when his then-wife Elin chased him out of the house with a golf club. In his haste to escape her wrath, the fleeing golfer crashed his Escalade into a fire hydrant before the SUV’s progress was finally halted by a tree.

The revelations of Woods’ serial affairs with pancake house waitresses and lingerie models led to the cancelation of numerous endorsement deals; among the marketers that walked away from Woods were AT&T, General Motors, TAG Heuer and Gatorade, with Nike proving to be the lone exception. And a series of career-threatening injuries and ailments followed. Just two years ago, Woods told ESPN’s Scott Van Pelt that it was entirely possible that he would no longer play another round of competitive golf, such was the state of his back. (He would undergo four back surgeries in the course of three years.)

Whatever you may think of Woods, his triumph on Sunday offered the sort of redemption narrative that Americans, and sports nuts in particular, eat up like, well, hotcakes. For the first time in a career that’s been marked by the highest of highs and the lowest of lows, Tiger Woods had to piece together a come-from-behind victory at a major. And as his competitors began to fall prey to a run of bad luck—until two unscheduled trips to Augusta’s water hazards took him out of the running, the Green Jacket was all but hanging in Molinari’s closet in Torino—Woods only grew more implacable. As it turned out, 11 years of struggle hadn’t entirely deprogrammed the automaton, and it was with a certain mechanized efficiency that Woods dispatched the rest of the field.

In victory, Tiger Woods was about as human as we’ve seen him since CBS cameras captured the moment on the 18th green 22 years ago when the newly-minted Masters champ was engulfed in a bearhug by his father Earl. On Sunday, Tiger Woods hugged his two young children and his mom—and CBS’s Jim Nantz, that old pro, let the moment speak for itself.