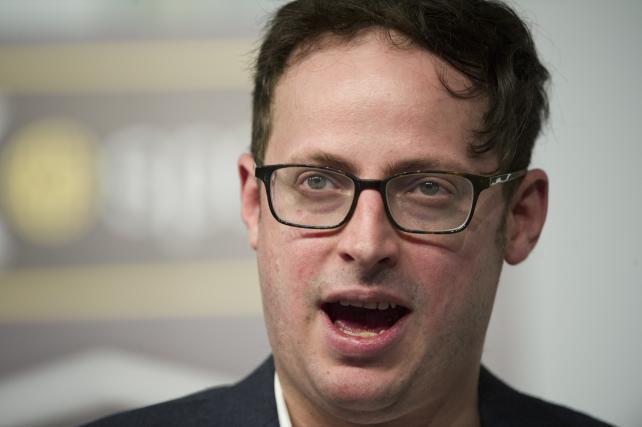 Nate Silver, who founded the stats-oriented news site FiveThirtyEight for sports and political junkies, is expanding video production with short films that aim to demystify data for a wider audience.

The first, "The Man Vs. The Machine," features a chess match between Gary Kasparov and an IBM computer, and will be released Wednesday. Future shorts include "The Cowboys and the Indian," about an Indian programmer who developed a system to evaluate college football players for the Dallas Cowboys.

Mr. Silver is counting on video to boost the popularity of the site, part of a group of ESPN-owned web assets that includes Grantland, the site founded by commentator Bill Simmons. Mr. Simmons tapes a popular sports podcast, and Mr. Silver will soon offer a podcast as well. The videos will complement and enliven FiveThirtyEight's data-heavy analysis, Mr. Silver's trademark.

"We want to demonstrate that statistics is not boring; it's often really fascinating," Mr. Silver said in an interview. "Video is an important form of storytelling."

The Michigan native's election forecasts, starting with the 2008 U.S. presidential race, made his FiveThirtyEight site a desirable asset. In 2010, he began publishing in The New York Times. In 2013, Walt Disney Co. bought FiveThirtyEight.

These are geeky videos. "Gold Hunters" features a team of explorers using a branch of statistics called Bayesian Probability Theory to search for hidden treasure. "The Queens of Code" is about Grace Hopper, one of the first software developers, while "Zormelo" covers a statistician who trains a 7-foot-1 inch Sudanese teenager in the art of basketball. Five videos will be up on the site by April.

Site tweaks
Mr. Silver, 36, is tweaking the site to draw more traffic and advertising. Bleacher Report, owned by Time Warner, said last month FiveThirtyEight was struggling to attract both. Various blogs picked up the report, linking it to strife between ESPN and Mr. Simmons, who was suspended for three weeks after calling NFL Commissioner Roger Goodell a liar in a podcast that included multiple obscenities.

Mr. Silver is sanguine. He gives FiveThirtyEight a B+ score that will remain unchanged while he builds up the site.

"It's always the case that some things are harder than you thought, and not many things are easier than you thought," Mr. Silver said. "Readers are responding favorably, and we are pleased with the traffic and advertising support. We want to become more multidimensional in different ways."

Long haul
Grantland's growing pains steady him. Mr. Simmons told him it would take a couple of years to figure out what works and what doesn't while Jonah Peretti, chief executive officer of BuzzFeed, said it took four or five years to build up a staff to produce great reporting alongside its lists and quizzes.

In addition to video and podcasts, Mr. Silver wants to invest in longer-form reporting and investigate topics such as the education system and earthquakes.

"We're aware the consumer has a lot of choice now, and the more we can reach different people in different ways the better," Mr. Silver said. "We want to show we have rounder and softer edges than people might perceive, that we can complement hardcore fiscal analysis with good storytelling."

The site is still seeking a sponsor for its videos. ESPN is confident given the ad support for the network's "30 for 30" short film series, which airs on Grantland, and has a broader distribution plan for Mr. Silver's clips.

"They will appear where anybody can touch something digitally," Dan Silver, ESPN Films' senior director, said in an interview. He isn't related to FiveThirtyEight's founder.

The sports network will use Twitter at different points to promote and distribute the videos. Mr. Silver will post on day one, while other FiveThirtyEight writers, like Mona Chalabi and Walt Hickey, may weigh in on day three. ABC News may chime in, too. He is happy to leave the short-term planning to his colleagues at ESPN.

"We like to step back and take things a little slower," Mr. Silver said.