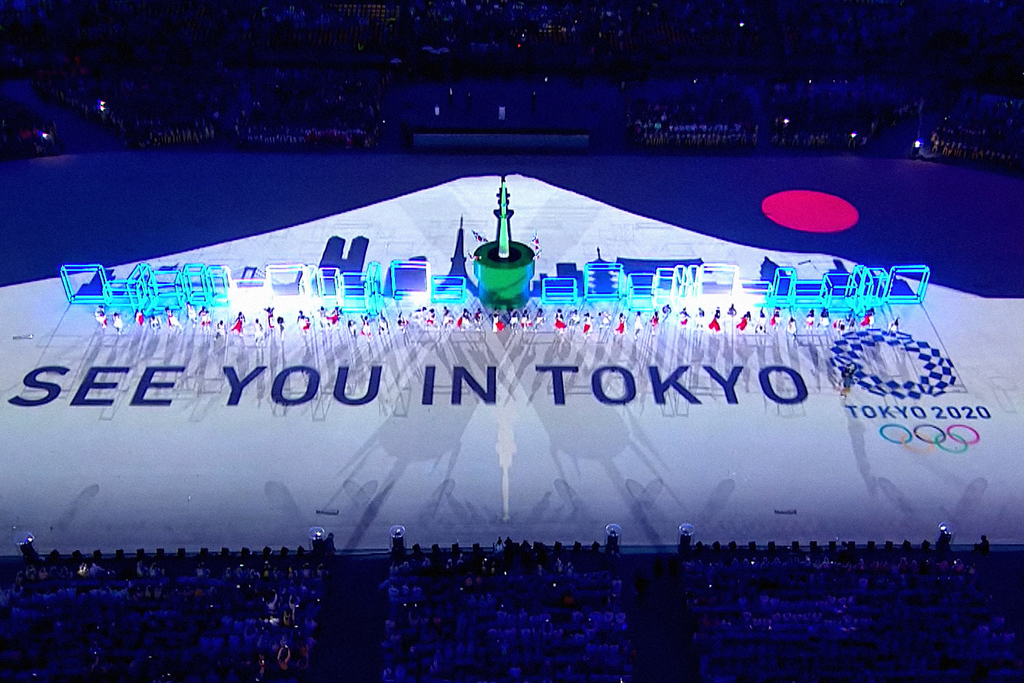 NBC Sports on Tuesday announced that it has secured $1 billion in national ad sales for its coverage of the 2020 Summer Olympics in Tokyo, putting it on pace to surpass the record $1.2 billion haul it took in three years ago during the Rio de Janeiro Games.

Speaking to members of the press this afternoon, Dan Lovinger, exec VP of advertising sales for NBC Sports Group, said the enthusiasm with which marketers have embraced the Tokyo Olympics has helped put his team significantly ahead of where it had been at the same point in the lead-up to Rio. And while NBC hasn’t quite eclipsed the high-water mark set in 2016, the network still has eight months left to cut deals before the Olympic torch is lit in Tokyo’s New National Stadium.

An awful lot of first-time backers have decided to take the Olympics plunge. According to Lovinger, “more than half” of the advertisers who’ll be suiting up for Tokyo are newcomers to the quadrennial event. While Lovinger did not identify any of the brands that would be taking their first foray into the summer sports extravaganza, he noted that the bulk of the fresh faces were representatives of one of five key categories: Tech, pharma, retail quick-serve restaurants and financial-services.

At this juncture, most of the high-impact inventory, such as units in the opening and closing ceremonies and primetime features are, as Lovinger characterized the situation, “highly sold.”

Along with the enviable reach of the Olympics—over the course of the Rio Games, NBC and its cable network siblings averaged a total audience of 27.5 million viewers and a 15.3 household rating—the competition should offer advertisers an oasis of non-partisan enthusiasm in a fetid sea of political hysteria. Set to begin on July 24, 2020, the Games will arrive in the midst of what promises to be the most mean-spirited, vitriolic presidential election since, well, the last one.

But to paraphrase a former two-term POTUS who also happens to be a renowned sporting enthusiast, the Olympics movement is a uniter, not a divider. “We believe that the Olympics will unify our country,” Lovinger said. “There’s no red or blue in the Olympics—only red, white and blue. And advertisers understand and appreciate that.”

A little political time-out could be just what the doctor ordered, as escapism will otherwise be hard to come by next summer. (For a sense of how inescapable the political discourse will be next summer, get a load of this: The Democratic National Convention will close up shop in Milwaukee just eight days before NBC’s Olympics coverage begins, while the Republican National Convention will start heating up 15 days after the broadcast of the closing ceremony.)

Speaking of politics, Lovinger said that his team has not had entered into conversations with any of the established or would-be presidential candidates about buying ad time during the Tokyo Olympics, although that could all change as the Democratic herd begins to thin out. Should a Biden or Bernie or Bloomie elect to invest in some national ad inventory, he’ll have to dig deep; as Lovinger said this afternoon, Olympics ad packages are going for anywhere between $1 million and $100 million, although the average rate is closer to the former figure than the latter.

Along with massive reach and a welcome respite from the shrieking hurly-burly of party politics, the Olympics is also a crucible for serious commercial deliveries. Per iSpot.tv estimates, the 2016 Games scared up some 32.2 billion impressions; among the most notable beneficiaries of all that consumer attention were top spenders BMW, Geico, Chevrolet, Samsung Mobile, T-Mobile and Visa.

Another Olympics first has to do with offering guarantees against demos. While the majority of NBC’s deals will be made against old-school total average viewership and household ratings metrics, the network has begun to do business based on its delivery of adults 18-49 and adults 25-54. And why not? According to Nielsen, the Rio Games averaged a 7.5 rating in the primary demo, which works out to 9.5 million adults 18-49 per night. By comparison, NBC’s blockbuster “Sunday Night Football” package, TV’s highest-rated prime-time program, is currently averaging a 6.2 in the dollar demo, or about 8.1 million adults under 50 per game.

Lovinger’s squad also has worked up a single audience guarantee that is agnostic as to whether a particular viewer is watching the Olympics on a traditional TV set or via a streaming platform, which allows advertisers to “toggle back and forth” and take advantage of any spikes in deliveries. Because the linear TV and digital environments are valued equally, the CPM for both platforms is identical.

For all the heightened degree of difficulty that comes with selling an omni-platform Olympics, the core principles of the Games remain much as they were 50 years ago. The event is a celebration of athletic prowess and a benign sort of national pride, and it is now one of the very last delivery vehicles for a massive audience.

“There are fewer and fewer big places where people gather,” said Mark Marshall, president, ad Sales and partnerships, NBC Universal. “Sports is one of those places … that continues to bring large audiences together, and really the pinnacle of that is the Olympics.”