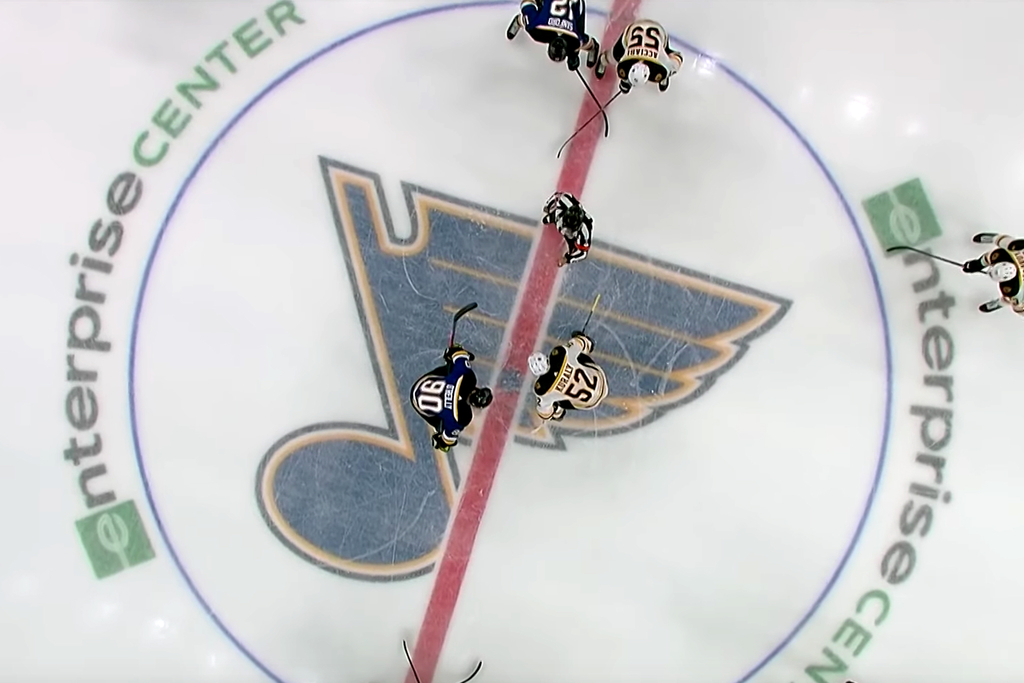 Having Zambonied the St. Louis Blues on their home ice by a score of 5-1, the Boston Bruins on Sunday night ensured that the 2019 Stanley Cup Final will go the full seven games. And while hockey fans are happy to see the season get extended by another three regulation periods, NBC is downright overjoyed.

Although a Game 7 isn’t the rarest of commodities—as with the MLB World Series, the last 20 years have given rise to six of these terminal showdowns—an all-the-marbles Stanley Cup finale always delivers an abundance of commercial impressions. According to Nielsen live-same-day data, the most recent Game 7 averaged 8.54 million viewers and a 4.8 household rating on June 15, 2011, making it the fourth most-watched Stanley Cup Final broadcast of all time and the most-watched NHL game in 38 years.

That the last Game 7 also featured Boston should help advertisers justify the expense of their additional investment in hockey. Not only is Boston the nation’s ninth-largest media market (and third-biggest if you toss in Providence), but the Bruins have appeared in six of the 10 most-watched Stanley Cup Final broadcasts of all time.

Media buyers on Monday said NBC is asking north of $200,000 for each 30-second ad unit in Wednesday’s Blues-Bruins broadcast. According to Standard Media Index data, the average unit cost in the three 2018 Stanley Cup Final games that aired on NBC was $113,702 a pop, and overall spend for the five-game series (two of which were carried by the cable channel NBSCN) added up to a little more than $27 million.

According to iSpot.tv estimates, the top-spending advertisers in this year’s Stanley Cup Final include: Volkswagen, Honda, Lexus, Geico, Discover Card, Google, iPhone, Universal Pictures (“The Secret Life of Pets 2,” “Fast & Furious Presents: Hobbs & Shaw”), Subway, Progressive, Bridgestone and Coors Light. NBC also has been airing a number of split-screen ad units during its in-game coverage; perhaps the most contextually relevant is the Dunkin’ “Penalty Box” spot, in which a Cold Brew-guzzling David Pastrňák yells “Hey, Ref, check your voicemail! You missed some calls!” at an off-screen official.

If the B’s are unlikely to top their high-water mark—CBS’s broadcast of Game 6 of the 1972 Final, in which Boston defeated the New York Rangers 3-0, averaged 10.9 million viewers, making it the second most-watched NHL game behind the previous year’s Montreal-Chicago capper (12.4 million)—advertisers can expect to reach north of 8 million viewers if they buy time on NBC Wednesday night.

That St. Louis is looking to make history should also provide NBC with a ratings boost. The Blues are the oldest NHL franchise to never win a Stanley Cup, and before this year’s unlikely run (on Jan. 1, the team was dead last in the league standings), hadn’t qualified for a Final since 1970. That same year, Boston swept the Blues 4-0, giving rise to the famed Bobby Orr statue that stands today around the corner from TD Garden. (Because sports are in thrall to horrible little ironies, the Orr monument, which captures the G.O.A.T. in the midst of what appears to be an insurance-company-defrauding slip n’ fall claim, was manufactured in St. Louis.)

Boston will host its first-ever Game 7 and holds a considerable advantage, inasmuch as the home team historically boasts a .750 winning percentage. In thumbing his nose at the Hockey Gods, Blues majority owner Tom Stillman may have disadvantaged his team further; jumping the gun considerably, Stillman last night bought an ad in the subscriber-only digital version of the St. Louis Post-Dispatch that thanked fans for their support during their, er, championship season.

The second paragraph of Stillman’s thank-you note/premature victory celebration includes the sentence, “Winning the Stanley Cup was a dream come true for so many of you.” The missive concludes with an invitation to a victory parade as the Blues “parade the Cup down Market Street.”

The Post-Dispatch apologized last night for what its characterized as a “sneak peek at what our advertisers are hoping to say to the Blues, the fans and St. Louis.”

Through the first six games of this year’s NHL title tilt, NBC and NBCSN are averaging 4.76 million viewers and a 2.7 household rating. Streaming and digital deliveries add an additional 129,000 viewers per game. Ratings are currently down 1 percent compared to last year’s Final, but obviously those numbers will adjust considerably once the Game 7 deliveries have been tallied up.