Netflix Wants to Be on Your Cable TV Box

Already Has Two Cable Deals in Europe, but Will U.S. Players Bite?
READ THIS NEXT
Addressing the biggest challenges in a privacy-centric world 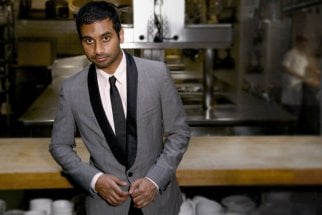 Aziz Ansari is bringing a stand-up special to Netflix

U.S. cable operators have actually had an "open offer" to add Netflix for two years, Mr. Wells said yesterday in an interview at the Goldman Sachs Communacopia Conference in New York. And the company is still willing to forge partnerships, he said. The question is whether U.S. pay-TV companies will go along.

"We would love to reduce the friction to the end consumer, and to be available via the existing device in the home, which is the set-top box," Mr. Wells said from the stage.

Newer set-top boxes blend internet-based programming with traditional pay TV, a development that could fuel expansion for Netflix -- if it can reach accords with cable providers.

The company, with 35.6 million paying subscribers globally as of June, has signed two European cable systems after relying on game consoles, Blu-ray players, smartphones and Web-TV devices like Roku for growth.

Netflix reached a deal with Virgin Media in the U.K. this month, and said yesterday it will become available in December on Com Hem, Sweden's biggest cable-TV system with 606,000 video customers. Netflix has a goal of 60 million to 90 million subscribers, Mr. Wells said.

Complementary or competitor?
Cable operators have to decide whether they view Netflix as a competitor or potentially complementary, Mr. Wells said. Pay-TV services have struggled to adapt to a shift by viewers to watching watching more shows on laptops, tablets and smartphones.

Comcast, the largest U.S. cable provider, has begun replacing its boxes with the X1, a DVR that delivers information from servers in the so-called cloud.