Having trailed the broadcast pack for two decades, the Eye Network isn't looking for a quick fix
READ THIS NEXT
Hershey awards main media account to Horizon Media 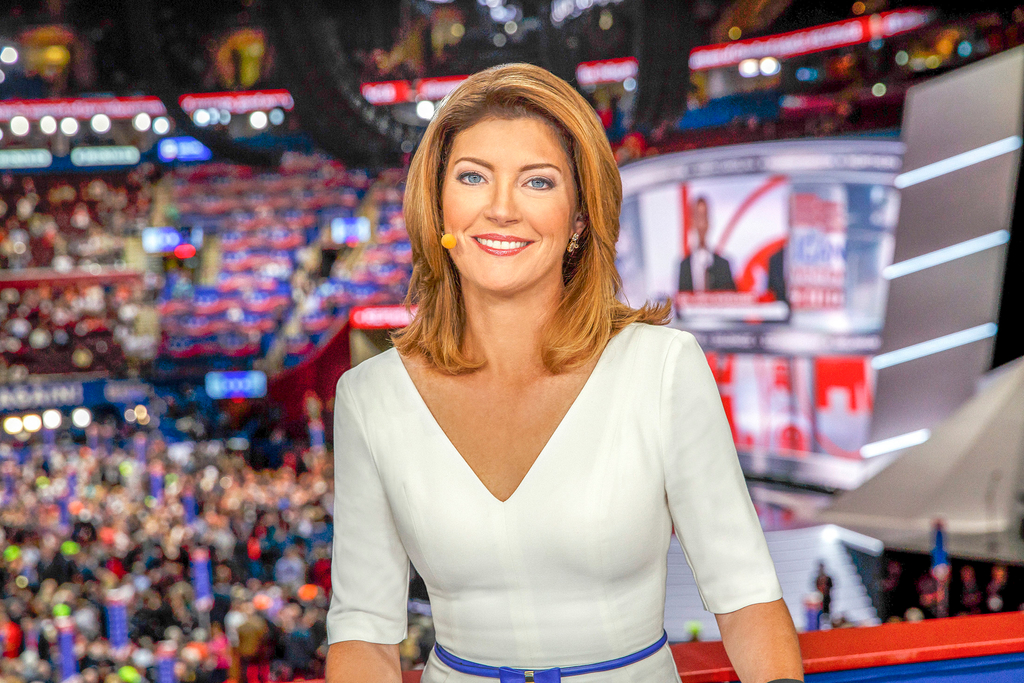 The numbers for Norah O’Donnell’s historic first week as the anchor of “CBS Evening News” are in, and despite leaving no stone unturned on the promotional front, the new-look newscast didn’t make any progress on the ratings front.

If O’Donnell’s premiere week deliveries didn’t move the needle—CBS has languished in third place for the better part of two decades, a streak that stretches back to the Dan Rather era—the refurbished broadcast also didn’t lose much ground. Compared to the previous week, the evening newscast came up short by roughly 5,000 total viewers, while 43,000 fewer advertiser-coveted consumers tuned in. From one week to the next, the news demo dipped 4 percent.

O’Donnell’s first week in the anchor chair also was more or less consistent with how the newscast fared throughout the second quarter of 2019. From April 1 through June 28, CBS’s 6:30 p.m. broadcast averaged 5.47 million viewers and 1.05 million adults 25-54. O’Donnell’s inaugural deliveries trail those second quarter stats by just 4 percent and 6 percent, respectively.

CBS News President Susan Zirinsky naturally did not expect O’Donnell to catch up with Muir and Holt overnight; after all, the roll call of journalists who over the last quarter century were brought in to help drag CBS out of the ratings basement includes Connie Chung, who for two years co-anchored with Rather; interim Rather successor Bob Schieffer; Katie Couric; Scott Pelley and the recently departed Jeff Glor. In the long run, not one of these high-profile attempts to gain ground on ABC and NBC paid off.

That Zirinsky chose to launch “CBS Evening News with Norah O’Donnell” during the doldrums of midsummer, when TV usage is at its annual low-water mark, makes it plain enough that the news boss isn’t looking for a quick fix. Instead of trying to brew up a miracle cure, Zirinsky is focusing instead on O’Donnell’s journalistic chops; in her first week, the anchor filed reports from the Texas-Mexico border and took the show on the road to Kennedy Space Center, where the newscast marked the 50th anniversary of the Apollo 11 moon launch.

Zirinsky appointed O’Donnell to the post of anchor and managing editor of the CBS nightly newscast in May. The decision to shift O’Donnell from her “CBS This Morning” co-anchor spot was made by Zirinsky only a few months after she took the reins as president and senior executive producer of CBS News. (On the same day O’Donnell’s promotion was announced, it was revealed that “CBS Evening News” would move to Washington, D.C. in fall 2019.)

While cable’s news-in-name-only opinion shows draw a disproportionate amount of hype, the legacy broadcast programs remain far more influential with the American public. Per Nielsen, the three network newscasts averaged some 23 million viewers during the 2018-19 broadcast season, more than tripling the primetime deliveries at Fox News Channel, MSNBC and CNN.

More importantly, the network newscasts easily out-deliver cable prime in the dollar demo. In the second quarter, ABC, NBC and CBS together reached 4.2 million adults 25-54, giving the Big Three a 45 percent advantage over the 2.89 million aggregate members of the demo served up in the period by the nine nightly cable telecasts. The demo deliveries are even more stark on a program-by-program basis; in the second quarter, the top-rated “NBC Nightly News with Lester Holt” averaged 1.58 million adults 25-54, a turnout more than thrice the size of cable news leader “Hannity” (505,000).

According to Kantar Media data, advertisers in 2018 spent $518 million in ad inventory in the three evening news broadcasts, which marked a 6 percent drop compared to the previous year’s investment of $522.4 million. Despite broadcast’s significant reach advantage, sales at the Big Three news divisions don’t quite add up to what gets taken in at the 24-hour cable news outlets; recent estimates put network news sales (morning, evening and newsmagazine programming included) at around $4.1 billion, well shy of FNC, MSNBC and CNN’s $5.3 billion haul.

As she signed off from her first broadcast on July 15, O’Donnell invoked the spirit of the late CBS broadcast journalist Edward R. Murrow. “This instrument can teach, it can illuminate; yes, and even it can inspire,” O’Donnell told her viewers, quoting from Murrow’s 1958 address to the Radio-Television News Directors Association.

“But it can do so only to the extent that humans are determined to use it to those ends,” she continued, still quoting Murrow. “Otherwise, it’s nothing but wires and lights in a box. There is a great and perhaps decisive battle to be fought against ignorance, intolerance and indifference. This weapon of television could be useful.”

It’s worth noting that, in inimitable Murrow fashion, the newsman kicked off his speech with the wry disclaimer “This just might do nobody any good.” O’Donnell, for her part, skipped the aside.