O (No) Canada!: Raptors likely to take a bite out of NBA Finals ratings | Ad Age
Skip to main content

O (No) Canada!: Raptors likely to take a bite out of NBA Finals ratings 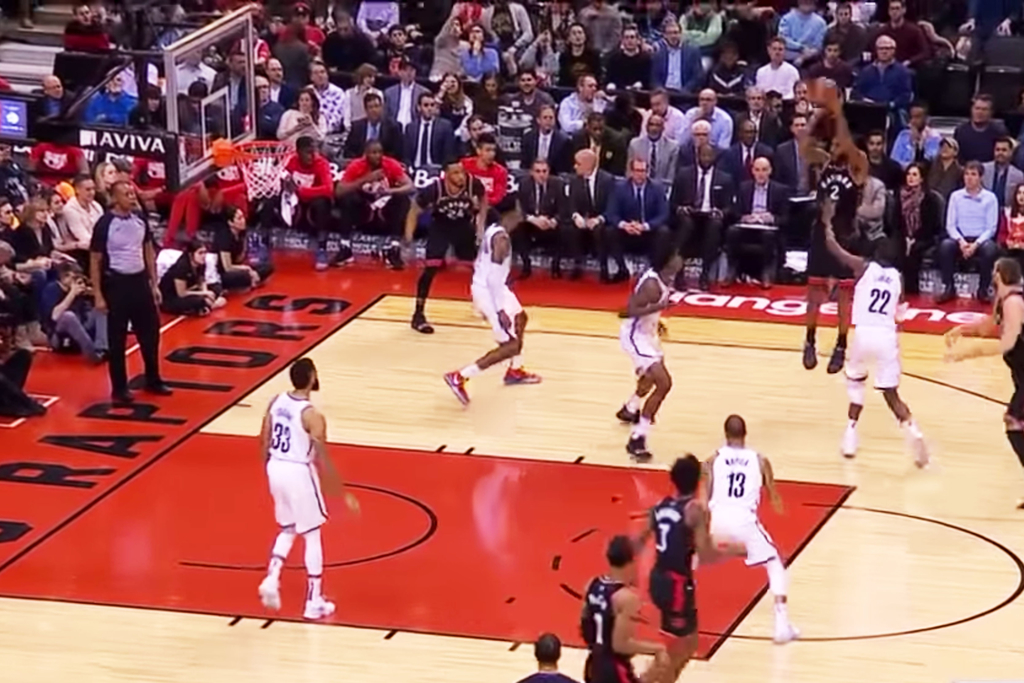 The Toronto Raptors and Golden State Warriors on Thursday night will tip off the first NBA Finals featuring a team based outside the United States, and if similar international milestones are any indication, ABC will need the series to go the full seven games if it is to deliver blockbuster ad impressions.

According to Nielsen live-plus-same-day data, the Raptors haven’t been much of a draw during the first three rounds of the playoffs. Toronto’s six-game Eastern Conference Finals set against the Milwaukee Bucks averaged just 5.76 million viewers and a 3.5 household rating on TNT, down 33 percent in overall deliveries and off 36 percent in the ratings versus the year-ago Cavs-Celtics showdown on ESPN.

While the Raptors-Bucks playoff series paled in comparison to last season’s meeting between NBA superstar LeBron James and a Boston team with a large national following, Toronto’s outsider status also has played a not-insignificant role in muting its ratings performance. Because the Raptors are a Canadian team, they don’t have a footprint in any stateside media market—and impressions served up north of the border don’t count. (Nielsen measures the ratings in the 210 U.S. designated market areas, or DMAs, a confederation of communities that ranges from New York City and its 7.1 million TV homes to tiny Glendive, Montana, a hamlet boasting a population of 3,590 TV-owning souls.)

Led by Kawhi Leonard and his 31.2 points-per-game playoff scoring average, the Raptors depend on the multifaceted forward about as much as the spotty 2017-18 Cleveland squad relied on LeBron. But Leonard is a far cry from LeBron, in terms of the impact No. 23 has had on the game and his sheer myth-forging greatness. The difference, in part, can be discerned in the audience data; per Nielsen, Toronto’s 18-game playoff run averaged 4.11 million viewers and a 2.6 rating, down 35 percent and 32 percent, respectively, compared to Cleveland’s year-ago performance (6.3 million/3.8). And, no: The Raptors wouldn’t have caught up to the Cavs even if the Canadian impressions were tossed into the ratings calculus.

The magnitude of the loss of homegrown ratings points was evident back in 1992 and 1993, when the Toronto Blue Jays became the first Canadian team to advance to the World Series. The Jays’ first appearance, a six-game set versus the Atlanta Braves, was the fifth-lowest-rated Fall Classic of the pre-Fox era, while the 1993 Series was the second-least-watched. The Jays-Phillies clobberfest out-delivered only the anticlimactic Giants-Athletics meeting in 1989, a sweep remembered primarily for the Loma Pietra earthquake that killed nearly 70 people, caused $6 billion in damage and delayed the third game of the series by 10 days.

If Toronto is to beat Golden State, which is set to appear in its fifth straight NBA Finals, Kawhi Leonard will have to play like the LeBron James who helped topple the Dubs in the 2016 title tilt. Naturally, any combination of circumstances that leads to a Game 7 would be celebrated by ABC and advertisers alike; the last time the NBA Finals went the distance—again, we’re talking about 2016 here—the deciding broadcast scared up a staggering 31 million viewers and a 15.8 household rating, making it the most-watched NBA game in 18 years.

For the Raps and ABC, the worst-scenario involves a sweep. When Golden State eliminated Cleveland last year in what amounted to a four-game demolition, ABC was forced to leave some $150 million in ad revenue on the table. LeBron high-tailed it to Los Angeles shortly thereafter, closing the book on the Cavs’ four-year Finals run.

None of which is to suggest that the absence of LeBron James and the DMA-erasure that comes with a non-U.S. combatant will totally derail ABC’s ratings. Regardless of how tired fans may be of Steph Curry, Klay Thompson, Draymond Green and the rest of the Golden State roster, Dubs fatigue isn’t likely to have an impact on the Finals. In fact, the Warriors’ playoff deliveries would suggest otherwise; through its 16 postseason games, the defending champs have averaged a league-high 6.05 million viewers and a 3.7 rating.

Golden State’s deliveries soar even higher upon application of Nielsen’s out-of-home data, which measures viewership in public venues such as bars, restaurants, hotels and gyms. The first three games of the Dubs’ four-night Western Conference Finals spree drew an additional 12.7 million out-of-home viewers, which averages out to 4.24 million bonus pairs of eyeballs per broadcast. That nearly doubled the Raptors’ three-game out-of-home delivery of of 6.87 million viewers, or 2.29 million per broadcast.

ABC generated some $45.7 million in advertising per game during last year’s NBA Finals, according to Standard Media Index estimates, which eyeballed the average cost of a 30-second ad in series at $634,627 per unit. Over the course of the 78 playoff telecasts that preceded the four-game Cavs-Dubs Finals, ESPN/ABC and TNT generated approximately $787.2 million in in-game ad sales revenue, for a total postseason haul of $970 million.

Since the playoffs tipped off in Brooklyn on April 13, the marketers that have invested the most money in NBA inventory include representatives of the wireless, insurance, quick-service restaurant, automotive and studio categories. Per iSpot.tv data, the most visible advertisers in TNT’s coverage of the Western Conference Finals were Progressive, AT&T, Google Phones, Kia, Samsung Mobile, American Express, Burger King, Geico and Corona. (AmEx and Kia are official NBA sponsors.)

The 2019 NBA Finals will tip off on Thursday, May 30, at 9 p.m. EDT on ABC. As was the case a year ago, the presenting sponsor of the championship series is YouTube TV.