No host? No problem
READ THIS NEXT
Beyond MyPillow: the other biggest brand advertisers on Fox News revealed 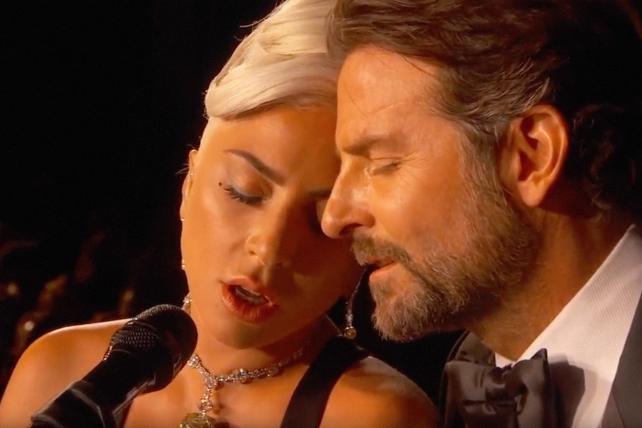 Despite the lack of a host and a consensus favorite among the Best Picture nominees, the 91st Academy Awards managed to claw back some of the viewers who skipped out on last year's Oscars.

According to Nielsen fast national ratings, ABC's broadcast of Sunday night's gala averaged 29.6 million viewers and a 16.4 household rating, improving 12 percent and 10 percent, respectively, compared to last year's record lows (26.5 million/14.9). In accordance with the increase in overall deliveries, the Oscars also saw an uptick in advertiser-coveted viewers; the 193-minute spectacle averaged a 7.7 in the adults 18-49 demo, a 13 percent rise over last year's 6.8 rating.

While ABC undoubtedly is relieved to have eked out some not-insignificant ratings gains, it's worth noting that last night's deliveries are still anemic compared to the normal run of things. In fact, this year's show marked only the second time in the modern TV era that the Academy Awards failed to average at least 30 million viewers, and the overall audience and demo numbers are the second-lowest on the books.

The 2019 ratings are thrown into particularly dire relief when compared to the broadcast of just five years ago. The audience for Sunday night's broadcast was down 32 percent versus the 43.7 million viewers who tuned in for the 86th Academy Awards. Hosted by Ellen DeGeneres, the 2014 edition marked the last time the Oscars topped the 40-million-viewer mark.

If this year's host-free Oscars failed to draw a true blockbuster audience—back in 1998, James Cameron's "Titanic" helped set a record that will all but certainly never be beat, as the film's 11-win night scared up a staggering 57.3 million viewers—it fared well enough to ensure bragging rights as the year's most-watched entertainment program. The Oscars ranks far ahead of the Super Bowl LIII lead-out and the other leading award shows; per Nielsen, CBS' premiere of "The World's Best" on Feb. 3 averaged 22.2 million viewers and an 11.2 household rating, edging the 61st Annual Grammy Awards (19.9 million viewers, 11.2 rating) and NBCs's presentation of the 76th Golden Globe Awards (18.6 million, 10.7).

The Oscars now ranks as the ninth-biggest broadcast of 2019, squeaking by Fox's coverage of the Jan. 5 NFC Wild Card Game. On the demo front, that 7.7 rating marks a 670 percent improvement compared to the 1.0 rating ABC is averaging this season with its scripted series.

While it's anyone's guess as to why the Oscars won back some of the viewers who'd bailed on the show a year ago, the deliveries may have been goosed by a somewhat shorter running time and a slightly more youth-oriented slate of nominees. For example, on the same evening in which "Black Panther" became Marvel's first Oscar winner, fans of Lady Gaga were treated to her duet with "A Star Is Born" accomplice Bradley Cooper.

Generally speaking, Oscars ratings tend to rise and fall on the strength of each year's Best Picture winners. When "Titanic" was busy cleaning up in 1998, it had already amassed $338.7 million in domestic box office, making it the biggest money-maker in Oscars history. The ratings followed suit. Conversely, broadcasts celebrating smaller releases such as 2012's silent black-and-white French Film "The Artist" and last year's "The Shape of Water" also failed to crack 40 million viewers.

On the advertising front, most of the usual suspects were in the house, as Cadillac, Walmart, and Samsung Mobile were among the night's top spenders. As has been the case for many years, the spots that aired during the ceremonies leaned heavily on movie stars and other cinema personalities: Rolex's 30-second spots featured auteurs Martin Scorsese, James Cameron, Kathryn Bigelow and Alejandro G. Iñárritu, while Google's Home Hub TV incorporated key moments from films like "Lady Bird," "Scream," "Jerry Maguire" and "Psycho."

Per iSpot.tv data, not a single representative of the once ubiquitous beauty/cosmetics category bought time in last night's broadcast. While cosmetics has largely been underrepresented ever since L'Oreal bowed out of the Oscars back in 2009, this marked the first time the beauty brands sat out the show altogether.

That vanishing act is perhaps a function of the Oscars' aging audience. According to Nielsen, the median age for the 2018 show was 56.1 years, up from 49.5 years a decade ago and 39.9 years back in 1995. While this sort of greying is hardly a problem that is specific to the Oscars, it may account for the abdication of the once-dominant category.