USA Today Circulation Increases for the First Time Since September 2008
READ THIS NEXT
Does it matter if Facebook advertisers can still target fans of Trump?

The Wall Street Journal has retained its crown as the country's largest weekday newspaper, reporting total average circulation of 2.1 million over the six months ending in March, followed by USA Today at 1.8 million and The New York Times at 916,911. 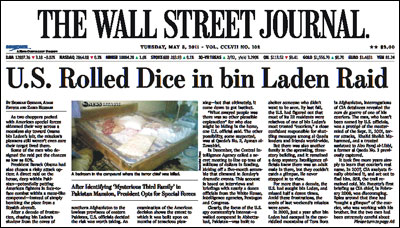 The Journal increased its average weekday circulation by 1.2% from the six months ending in March 2010, while USA Today edged up 0.1% and The Times declined 3.6%.

What you can't get from the new round of figures, however, is the usual sense from reports past of how overall newspaper circulation has changed since the equivalent period a year earlier.

That's because The Audit Bureau of Circulations, whose board is composed of advertisers and newspapers, has changed the rules. Instead of reporting total paid circulation, which required that readers paid one way or another, newspapers now report total average circulation, including editions under different names that publish at least weekly -- as long as they are labeled to include the word 'edition' -- such as commuter or alternative language papers.

Complimentary copies ordered by businesses such as hotels, airlines and beauty salons used to count as unpaid; under the new rules they count toward "total average circulation" under a new "verified" category.

But not all the changes will help newspapers increase their totals. Copies distributed in an uncontrolled environment such as a festival formerly qualified as a kind of paid circulation, but now are called unpaid and cannot be counted toward total average circulation.

For many papers, however, their top-line circulation figures includes exactly or roughly the same circulation sources as before.

"The new definitions and formats reflect changes in the way publishers market their newspapers to readers, allowing newspaper companies to more accurately portray the powerful audiences they deliver across a multitude of print, digital and mobile platforms," said John Sturm, president and CEO of the Newspaper Association of America, in a statement.

Average Circulation at the Top 25 U.S. Daily Newspapers as of 3/31/11
Preliminary Figures as Filed with the Audit Bureau of Circulations

Average Circulation at the Top 25 U.S. Sunday Newspapers as of 3/31/11
Preliminary Figures as Filed with the Audit Bureau of Circulations