Collab with Alma Har'el's JellyWolf includes 100 Time covers and profiles, plus a documentary on how the women—from Margaret Thatcher to Angela Davis—were chosen
READ THIS NEXT
Snapchat boasts 125 million Spotlight viewers and deals with Gucci and Northface 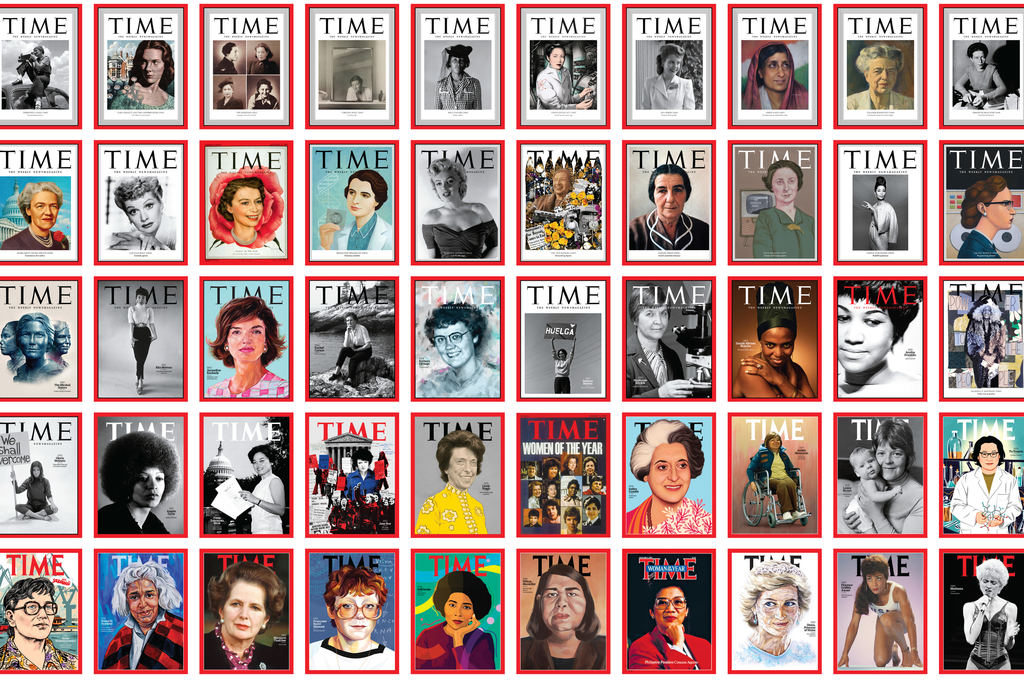 Procter & Gamble Co. is joining Time in recognizing the 100 most influential women of the past 100 years with a special edition of the magazine and a documentary co-produced by filmmaker Alma Har’el’s production company JellyWolf and Time Studios.

The collaboration, announced Thursday and celebrated with an event in New York on Sunday, includes 100 original Time covers and profiles, one for each woman recognized. The effort is pegged to International Women’s Day, March 8, and the 100th anniversary of the 19th Amendment, which established women’s right to vote in the U.S.

The documentary remains in production with distribution details to be determined, says P&G Chief Brand Officer Marc Pritchard, though a sneak preview is planned at the Sunday event. It’s directed by Orian Barki and features deliberations by the selection committee on the impact each of the 100 “Women of the Year” had on the modern world. The committee included Har’el along with Katie Couric, Soledad O’Brien, Lena Waithe, Mj Rodriguez, Elaine Welteroth, Amanda Nguyen, Zazie Beetz and former Time Managing Editor Nancy Gibbs.

While P&G is backing the documentary financially, it won’t include advertising or content marketing for the company’s brands, Pritchard says. P&G brands including Olay, Secret and Pampers will be advertising in the special edition of Time, which includes a gatefold pull-out of the 100 covers featuring the honorees.

Time is making some historical amends here. The magazine named its first “Man of the Year” in 1927 (Charles Lindbergh) and didn’t rename the honor to Person of the Year until 1999 (though it did name a dozen “Women of the Year” for 1976).

P&G and Har’el have an extensive history of work together. She was the first woman to shoot a “Thank You Mom” Olympics ad for P&G (and Wieden & Kennedy) in 2017; P&G has been a key marketer backing her Free the Bid effort to provide more opportunities for women directors in commercials and the related Free the Work database of female talent for shoots.

“Alma brought this idea to us, and then we connected with Time and brought together this three-way partnership,” Pritchard says.

Time only has had four women as standalone honorees over the years, including last year’s Greta Thunberg, Pritchard says. This effort helps address the recognition gap, he says, with a nod to P&G’s corporate #WeSeeEqual gender equity campaign.