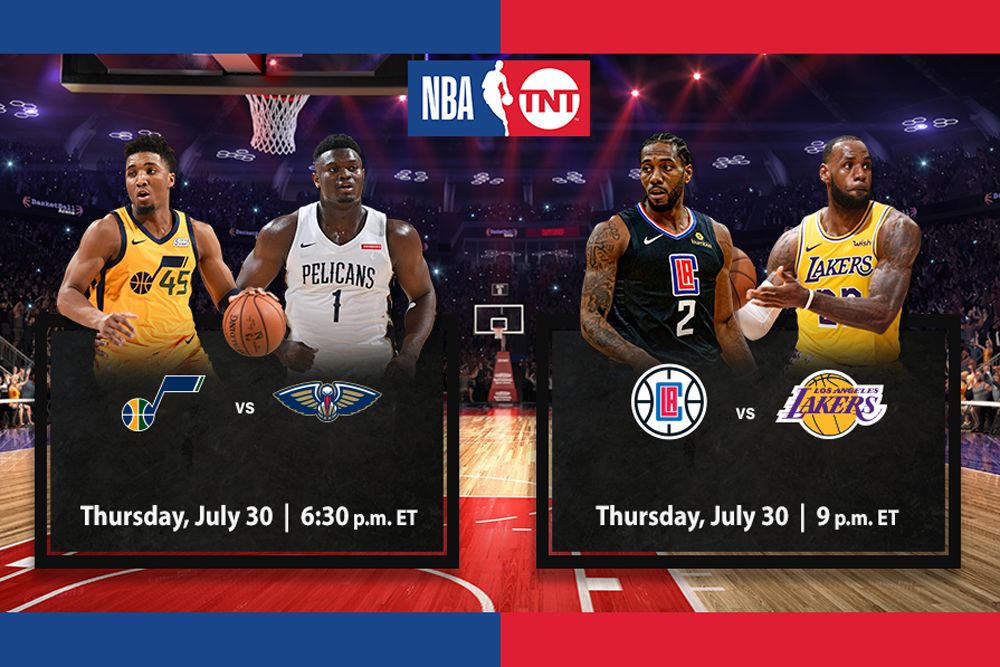 Turner Sports announced it has sold out of commercial time for the remainder of the National Basketball's season, which restarts Thursday with an abbreviated schedule before the playoffs begin Aug. 17.

“The good news is we are left with a season of just the best of the best. Every game matters. It is a short, condensed season and we didn’t have to sell for months, just a couple of weeks,” says Jon Diament, chief revenue officer, Turner Sports. Just 22 teams will play the eight games each. Turner's TNT is splitting coverage with Disney, whose ESPN and ABC networks will also carry regular season games. Games will also be shown on Turner-operated NBA TV.

As for the playoffs, while they are not yet sold out, Diament says most regular season advertisers do end up buying commercial time in the playoffs, so he is confident that will also move quickly. The first round begins Aug. 17, with the NBA Finals slated to start Sept. 30.

The league, which shut down play on March 11 due to the coronavirus pandemic, will play all remaining games at fanless courts at ESPN’s Wide World Sports Complex at Walt Disney World.

Nearly 100 percent of the advertisers who had previously made commitments for NBA inventory before COVID-19 shut down the season, kept their money in place, Diament says.

And with the NBA resuming without fans in the stands, Michelob Ultra is sponsoring a court-side experience that will bring live images of 300 fans watching the games to the court through 17-foot video billboards. Using the “together mode” function from Microsoft Teams, participating fans appear as if they are sitting together in arena-style seats.

ESPN, which will also air games, has over 100 advertisers confirmed to run ads, according to a Disney ad sales spokeswoman. Similar to Turner, the Disney spokeswoman says advertisers that previously bought the NBA are returning, and they have also seen 25 new advertisers in the post-season so far.

There's plenty pent-up demand for live sports on both the part of viewers and advertisers. Most recently, MLB's opening day game on ESPN between the New York Yankees and Washington Nationals last week averaged 4 million viewers, making it the most-watched regular season game since 2011.

Diament says he is confident in the NBA being able to pull off the condensed season amid COVID-19. The NBA will operate in a bubble, with all of the teams living and playing inside a bubble inside Disney World in Orlando, Fla.

Of course, as seen with Major League Baseball this week, with more than a dozen players and staff from Miami Marlins testing positive for COVID-19, anything is possible. If the NBA were to cancel the season, Diament says Turner will work with advertisers to offer them other sports or other programming inside the WarnerMedia portfolio.