Actions Taken to Reinvest in the Business, Gannett Says
READ THIS NEXT
‘America Must Change’: The story behind Time’s latest cover artwork 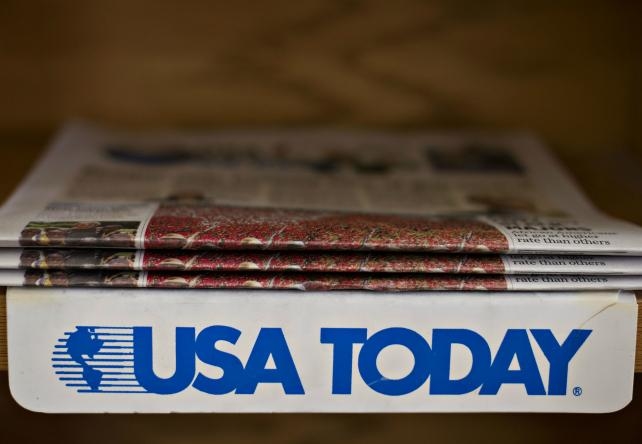 USA Today, which is being spun off from Gannett Co. along with the rest of the company's publishing business, fired as many as 70 employees today across all departments, according to a person familiar with the newspaper's plans.

About half of the jobs were in the newsroom and accounted for about 10% of newsroom staff, said the person, who asked not to be named because the decisions were private.

"USA Today is working to align its staffing levels to meet current market conditions," Gannett said in an e-mailed statement. "The actions taken today will allow USA Today to reinvest in the business to ensure the continued success of its digital transformation."

Gannett said a month ago that it's separating its publishing business, leaving behind a company focused exclusively on broadcasting and digital assets, including Cars.com and CareerBuilder. After being one of the last holdouts in an industry forsaking the traditional newspaper-TV marriage, Gannett is joining a long line of media companies from Time Warner to News Corp. that have split.

The conglomerates have treated their print castoffs differently on the way out the door, however, with News Corp. providing a cash cushion and Time Warner leaving Time Inc. a signficant debt burden. Many Time Inc. employees expect signifcant layoffs sooner or later, although those came with some frequency under Time Warner's ownership as well.

The USA Today firings were reported earlier by Poynter and the Wall Street Journal.