Plus, Refinery29 goes to France
READ THIS NEXT
Broadcasting legend Larry King has died at 87 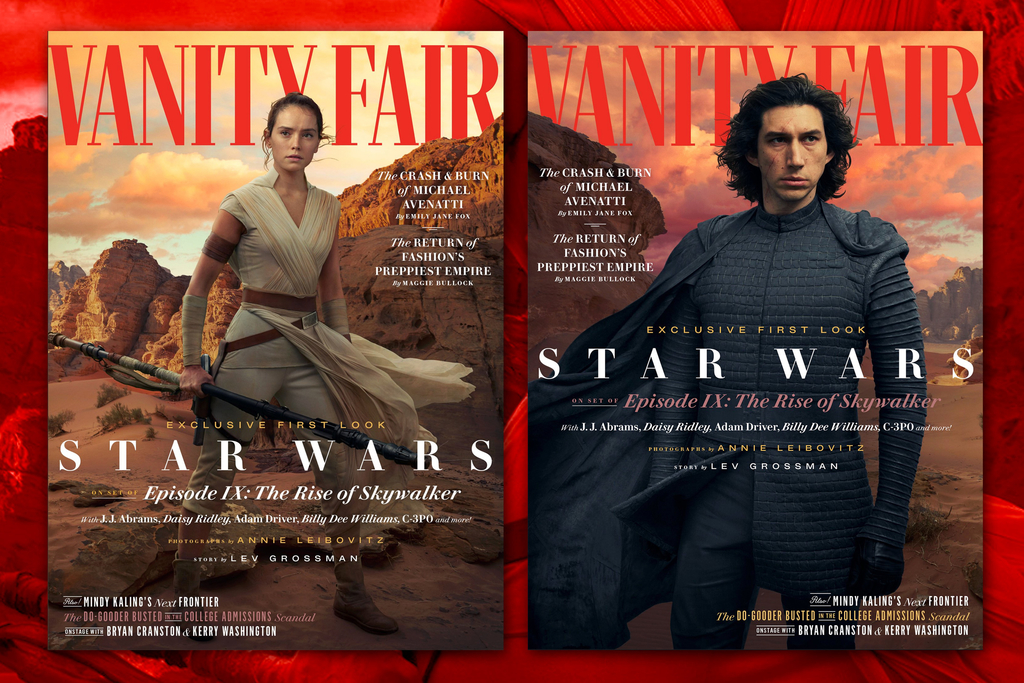 Hooray! Somebody’s gonna sell a lot of print media! OK, to Star Wars nerds, but still. Hat’s off to Vanity Fair Editor-in-Chief Radhika Jones for showing that not only does her magazine still have enough juice to land an original Annie Leibovitz shoot with Star Wars stars (above), but for having enough room left in her budget to keep Leibovitz on contract.

As for the cover story itself, Vanity Fair has helpfully (and wisely) self-aggregated via this post: “Everything New Revealed in Vanity Fair’s The Rise of Skywalker Cover Story” (subhead: “All the details uncovered in Lev Grossman’s story and in Annie Leibovitz’s exclusive portrait gallery).

Stop thief
A sad, small story that emerged from the publishing world this week represents something larger (and still sad) to me. ICYMI: “Ex-Vogue staffer gets probation for stealing from top editor,” per the New York Post. As the tabloid’s Rebecca Rosenberg writes in the story that appears in the paper’s print edition this morning,

Bannigan worked at Vogue for a bit before becoming Coddington’s personal assistant in 2016; her arrest for the unauthorized charges, made over time, came in April 2018. What makes this story symbolic is that it’s another reminder of the end of an era: that magazine-media heyday when there was so much profit sloshing around that the top brass at major glossies were invariably very well compensated—with the superstars of the print industry becoming legitimately wealthy.

I have no intel on Coddington’s Condé-era compensation, but for years she was the biggest star at Vogue other than Editor-in-Chief Anna Wintour, who was reportedly pulling down more than $2 million even before Condé Nast made her companywide artistic director (while still keeping her Vogue EIC role) in 2013. The fact that Coddington had the money to employ a personal assistant—and that the personal assistant thought she could get away with slipping tens of thousands of dollars of charges into Coddington’s stream of spending undetected —suggests, well, a very different level of financial comfort than that experienced by today’s younger generation of editorial talent.

Bye, Fielden
The New York Times gives a less-than-charitable send-off to Jay Fielden upon today’s announcement that Esquire’s top editor is leaving after three years on the job. Per the paper’s Marc Tracy,

Mr. Fielden, 49, had a tough act to follow. His predecessor, David Granger, won 17 National Magazine Awards during his 19 years in charge. But the magazine failed to win an Ellie statuette while Mr. Fielden held the top job. Esquire also lost out on a high-profile story—an investigative article on accusations of sexual misconduct against the Hollywood director Bryan Singer—in a very public way during Mr. Fielden’s tenure.

Tracy notes that the story was mysteriously spiked and ended up being published by The Atlantic.

Rush to judgment: “Geoffrey Rush wins biggest ever defamation payout in Australia,” per the BCC. The amount is 2.9 million Australian dollars (just under $2 million in U.S. dollars), and the judgment was made against Nationwide News, which publishes Australia’s Daily Telegraph. “The Sydney newspaper had published stories accusing him of behaving inappropriately towards former co-star Eryn Jean Norvill,” the BBC notes.

And finally…
The print-digital divide is over in yet another newsroom:

Yesterday, an overwhelming majority of the digital staff @FortuneMagazine voted to become part of the existing union with our print colleagues. We are so excited to be rid of the artificial print-digital divide in our newsroom and to work toward a better future at Fortune! pic.twitter.com/li87CkBTPJ