How Vice Is Trying To Reinvent The TV Ad Model

Viceland Will Have Fewer Commercials, More Branded Content
READ THIS NEXT
Watch Elon Musk’s awkward ‘SNL’ promos—plus, why his hosting stint is so controversial 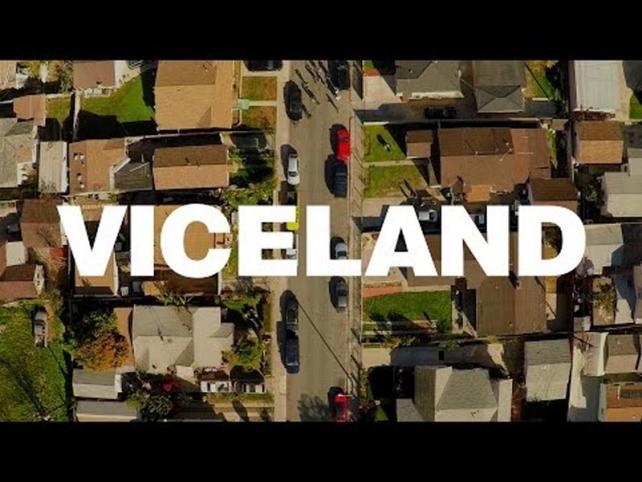 Vice is looking to woo marketers to its new cable channel with the promise of reinventing TV advertising.

With the debut of Viceland, its joint-venture with A&E Networks, next month, Vice is offering advertisers less commercial clutter along with custom content and pod takeovers, according to media buyers and people familiar with the network.

Viceland is not exactly "reinventing the wheel," as one media buyer put it, but advertisers are certainly at least curious about the potential to reach Vice's young audience, a demographic that's severely under-represented on linear TV. Buyers declined to talk on the record since most were in active negotiations with Vice.

Spokespeople for Vice and A&E Networks declined to comment on the ad strategy or ad pricing for Viceland.

Viceland is set to replace A&E's H2 channel on Feb. 29 and will debut in about 70 million households.

Commercial clutter has been one of the biggest complaints among TV advertisers. Cable networks looked to make up for a decrease in ratings, which means less inventory to sell, by upping their commercial loads. But in recent weeks several cable programmers like Viacom and Turner have announced plans to pull back on commercial minutes.

Viceland is also latching onto marketers' desire to create messaging that ties into the programming they are airing in. It will allow advertisers to tap into Vice' content marketing studio and utilize its talent to create content. Marketers can buy entire commercial pods to air longer brand stories.

"One thing they are doing is facilitating quick, easy content creation, which is great for advertisers," one media buyer said. "They are offering opportunities for advertisers to take over pods, but they are not reinventing the wheel here. That's been done before."

And it won't come cheap. Viceland is being priced at a premium, according to buyers and people familiar with the network. The cost to reach a thousand viewers, or CPMs, is more expensive than some fully distributed, top 10 cable networks, according to the buyer.

"When I saw the initial pricing I thought, 'They are out of their minds,'" a second media buyer said.

And Vice is setting low guarantees, with buyers saying the sales team is estimating a 0.1 rating.

"That's Chiller and Cloo levels and we don't necessarily care about those networks," the first buyer said.

The marketplace is questioning how Vice and A&E are planning to attract viewers when they go dark on H2 and flip the switch on Viceland, with several buyers noting they have seen little in the way of marketing for the network.

But the size of Viceland's audience may not matter as much as it does on other TV networks if it lives up to its promise to bring in younger viewers who are not currently watching TV.

"It's a really hard sell based on the audience size they are predicting and the price, but on the other hand it is compelling because of the attractiveness of Vice's audience," the second buyer said.

Viceland will debut with eight original series in primetime, and aside from some film acquisitions, all of the content that will air on the channel will be produced by Vice, according to people familiar with the network.

For the most part, ad sales are being led by Vice executives, who can offer marketers a hybrid buy that not only includes commercial time on the TV network, but also on their other platforms. But A&E is involved in other elements of deal-making.