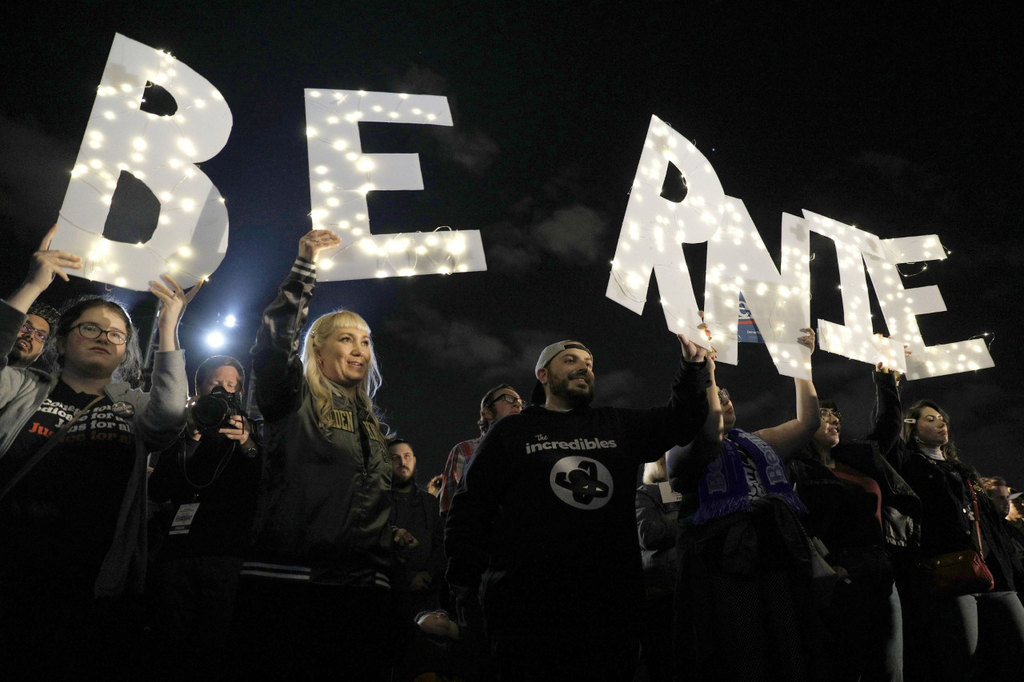 In an in-depth analysis by Simon Dumenco, find out all you need to know about the different candidates and their spending and messaging. Obviously Bloomberg is out in front money-wise, with the latest Ad Age Datacenter analysis of campaign ad spending in partnership with Kantar/CMAG indicating that he’s spent a whopping $419.3 million on campaign advertising. As Dumenco points out: “If we were to try to awkwardly slot him into the annual Ad Age Leading National Advertisers (LNA) ranking, he’d land at No. 118—above Heineken, Kraft Heinz Co. and Hershey Co.—and once he surpasses $475 million in ad spending, he would enter the top 100 and outrank Facebook.” We’ll just leave it at that.

Dumenco also examines how Bernie Sanders has been making good use of Reddit, while Joe Biden's messaging has failed to define a clear agenda beyond being anti-Trump. Meanwhile, in a separate Ad Age story, Steve Passwaiter, VP, general manager of Kantar/CMAG, serves up some data on how Bloomberg’s spending compares to that of his fellow POTUS wannabes.

Ad Age announces A-List finalists
Forget for one moment who’s vying for the presidency: This morning the industry finds out who’s on the shortlist for the Ad Age A-List & Creativity Awards.

Our awards honor the forward-thinking leaders, top agencies and creative innovators in the industry today. New this year is an expansion of the Creativity Awards to include a dedicated Production section of categories, which honor various individuals and top post-production companies for outstanding achievements.

Finalists and winners will be jointly recognized at a gala held in New York on April 14. Check out the full list of honorees here, followed by Creativity Award finalists listed by category.

Krispy Kreme delivers for Leap Year babies
In case you hadn’t noticed, 2020 is a Leap Year, and, as Jessica Wohl reports for Ad Age, brands including Krispy Kreme and Lay's are using Feb. 29 as a marketing opportunity.

Krispy Kreme is delivering free doughnuts to the parents of babies born on Leap Day, as well as the doctors and nurses delivering them. Of course there’s a quid pro quo: It will deliver the treats only if families or maternity ward staff post about the special delivery on social media, citing the hospital, tagging Krispy Kreme and including the hashtag #KrispyKremeSpecialDelivery. The campaign promotes the brand's delivery service.

Lay’s, meanwhile, has its own social-media effort with food to give away: “Leaplings” who visit the brand’s Facebook page on Feb. 28 and comment on a post about Leap Day can win free Lay’s potato chips.

Just briefly:
Suspended: Twitter is suspending 70 pro-Bloomberg accounts, citing “platform manipulation,” reports the L.A. Times. The accounts in question were tweeting support for Bloomberg with identical messages. Some of the suspensions will be permanent, while in other cases account owners will have to verify their accounts.

Departing: Longtime agency veteran Tamara Ingram, global chair at Wunderman Thompson, is  moving into a non-executive chair role before departing the WPP agency at the end of this year, writes Ad Age’s Lindsay Rittenhouse. Ingram is leaving to pursue her philanthropic work; read more in this week's Agency Brief.

For sale: EBay is mulling a sale of its classified advertising business, which could be worth $10 billion, according to the Wall Street Journal. The Journal lists German publishing company Axel Springer, as well as private equity firms TPG and Blackstone, and strategic bidder Naspers, as potential buyers.

In fashion: Prada Group announced on Sunday it has appointed the Belgian designer Raf Simons, the former chief creative at Calvin Klein, as co-creative director alongside Miuccia Prada, reports the New York Times.

Creativity pick of the day: KFC got all excited in Paris last week after Kim Kardashian West and Kanye West, aka Kimye, stopped into a local outlet to order from a digital kiosk. As Ann-Christine Diaz reports, the brand, and its agency Sid Lee Paris, have now actually made a commemorative plaque affixed to that Paris kiosk, noting how it was touched by the hands of Kimye. They also sent a tweet to the celebrity couple quoting a West lyric: “Me and my girl split the buffet at KFC.” Check it out here, and don’t forget to catch up on Creativity's Top 5 campaigns from last week, with Burger King’s provocative “Moldy Whopper” at number one. And lastly, for a look at how other brands responded to the moldy burger on social media at the end of last week, Ad Age’s Ethan Jakob Craft has the lowdown.