Plus, a petition against plastic toys in kids' meals at McDonald's and Burger King
READ THIS NEXT
Trio of advertising, marketing and publishing vets open media and entertainment company 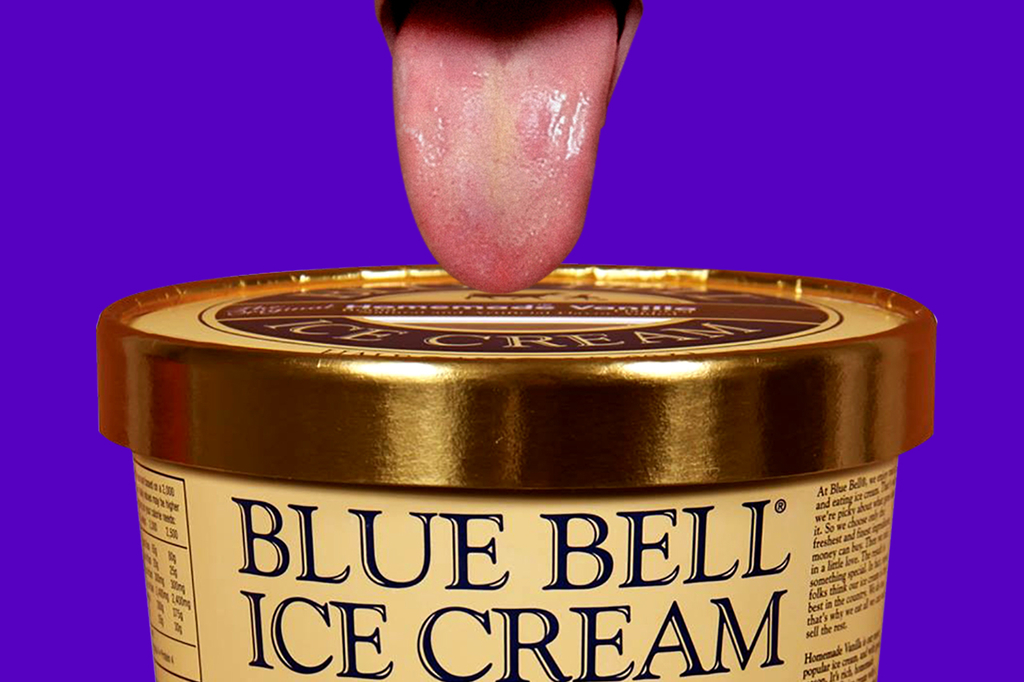 What people are talking about today
This summer’s gross-out viral video—which showed a Texas teenager opening a carton of Blue Bell in a grocery store, licking the ice cream and then putting it back on the freezer shelf—has reportedly inspired copycats.

The New York Times reports that one of them, a 36-year-old man in Belle Rose, Louisiana, was taken into custody and “charged with criminal mischief for tampering with a product before he had purchased it, and with ‘unlawful posting of criminal activity for notoriety and publicity,’ a rarely-used Louisiana law.”

The Times says he has been in jail since Saturday and can’t post bail until Wednesday. Which might seem harsh, given that he reportedly had a receipt for the ice cream; he licked it in the store, yes, but then he actually bought it instead of leaving it on the shelf. (The case of the original ice-cream licker, a minor, is reportedly being handled by the Texas Juvenile Justice Department.)

The Blue Bell Twitter account, meanwhile, has been busy responding to people upset about all this: “Food safety is our top priority,” it tweeted. “We will continue to explore all options including manufacturing processes and additional carton protection so that you can be confident in our product.”
See also: “Seven reasons not to lick ice cream that isn’t yours,” via Eater.

Unhappy meals
Plastic straws have quickly fallen out of favor. In the U.K., there’s a new target in environmentalists' battle against plastic: the toys in fast food kids’ meals, like McDonald’s Happy Meals. The Wall Street Journal reports:

A British petition calling for McDonald’s Corp. to scrap the plastic toys included with kids’ meals has garnered over 325,000 signatures, and the country’s environment minister is pressing the case.

McDonald’s says it has had a global working group looking at environmental questions around Happy Meals since last year. The petition also mentions Burger King, which told The Journal it’s studying alternatives. And by the way, the petition was started by two kids, ages 9 and 7.

‘Blues Brothers’ buds
Jim Belushi, the actor, comedian and star of sitcom "According to Jim,” has found his next act: He wants to take his marijuana business national, as Crain’s Chicago Business reports. The actor, whose late brother John Belushi starred in the classic comedy “The Blues Brothers,” also has an interesting promotional plan for when Illinois legalizes recreational marijuana next year. Crain’s reports that Belushi “plans to drive a replica of the Bluesmobile—topped with a joint instead of a giant PA speaker—on Chicago's Lake Street under the el train to mark the occasion.” Belushi, whose company is called Belushi’s Farm, also says Live Nation is funding a reality show about his new line of work. Read the full story here.

Just briefly:
By the numbers: According to Nielsen data, the Women’s World Cup final averaged nearly “14 million linear TV viewers—a number that jumped to 14.3 million upon application of streaming deliveries—making this the third most-watched women’s soccer match in history,” Anthony Crupi writes in Ad Age. The U.S. beat the Netherlands 2-0 in the match, which was broadcast by Fox.

Millions: In the U.K., “British Airways is to be fined more than £183m by the Information Commissioner’s Office after hackers stole the personal data of half a million of the airline’s customers,” The Guardian writes. In U.S. dollars, that’s nearly $230 million.

Huge: “New York Magazine wants you to buy its July 8-21 print issue because of what it doesn’t have,” Ad Age’s Simon Dumenco writes. As the coverline promises, it’s “An Entire Issue With Nothing About Trump!”

Controversy of the day: Vice ran an unusual tale yesterday, written by a guy who was banned from Twitter for threatening to kill Mr. Peanut. (Yes, that really happened.) The writer chose the anthropomorphic Planters mascot as the target of his “tireless fight against corporate America,” and he repeatedly harassed the character on Twitter in an attempt at humor. But many people failed to see anything funny about death threats, even when aimed at a brand mascot in a monocle, and they pointed out that the Mr. Peanut account is run by real people. As someone tweeted, “congrats on obsessively harassing a community manager.” Check out the comments here.