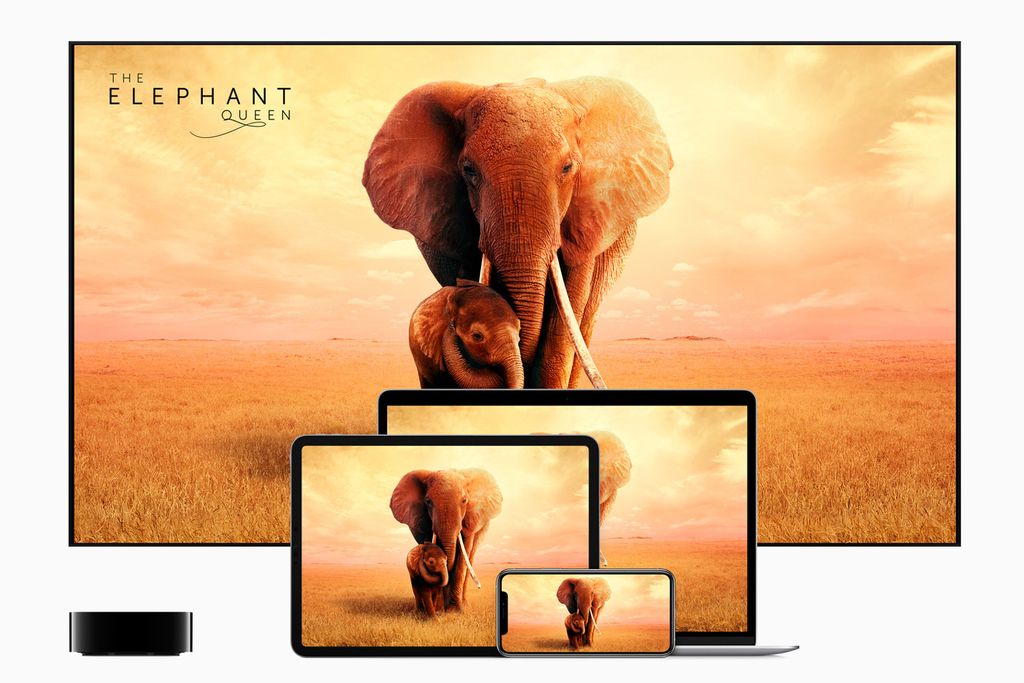 In the new feature, elements of a TV show, like characters or objects, would be displayed on a viewer’s phone or tablet and integrated into the surrounding environment, according to people familiar with the project. For example, someone watching a moon-walking scene in the Apple show “For All Mankind” might be able to see a virtual lunar rover on their device’s display, seemingly perched atop their living room coffee table. The option would serve as bonus content akin to the director commentary or trailer that accompany a movie download and would be accessed from Apple’s TV app on the iPhone or iPad.

The AR feature is expected to debut next year, ahead of an Apple headset in 2022 that will be built around augmented and virtual reality, said the people, who asked not to be identified because they weren’t authorized to discuss the plan publicly. A release of the TV+ feature had previously been set for later this year, but the effects of the coronavirus pandemic on software development and film production impeded that goal. Apple could ultimately decide to scrap the plan, the people said. An Apple spokesman declined to comment.

Bonus content has been one of several ways that Apple has been seeking to make TV+ more valuable and keep people subscribed. Apple is preparing to introduce podcasts related to existing TV+ shows, Bloomberg has reported. The company is also developing a series of subscription bundles dubbed Apple One, which would include TV+ along with discounted access to other services like Apple Music and Apple Arcade mobile games. Last week, Apple debuted the first TV+ video bundle, offering customers who subscribe to the Apple service a discounted rate on a package of CBS All Access and Showtime.

The Cupertino, California-based company launched TV+ last year for $4.99 a month, but many customers are still on a free year of service that comes with the purchase of an Apple product. The first trial accounts will expire just weeks after the next iPhones are set to debut in October. The company is considering keeping a free access offer to lure new subscribers but with a reduced period of time, the people said.

While increasing subscription revenue is a key strategy for Apple now, AR is central to the company’s future devices. Some of the upcoming iPhones will include the Lidar 3-D scanners used in the latest iPad Pro, making AR apps quicker to load and giving them a better sense of their environment, people familiar with the products have said.

For 2022, Apple is preparing to launch a headset that mixes augmented and virtual reality with a focus on gaming, video consumption and virtual meetings, Bloomberg has reported. An AR-only pair of glasses is planned for as early as 2023. The AR feature for TV+ would give Apple more content to show off on the future products when they debut. Currently, Apple’s only consumer AR features on the iPhone are the Measure app and Animojis. The company otherwise relies on third-party developers to provide AR tools. —Bloomberg News