Plus, changes at Vice Media
READ THIS NEXT
Triller will make its Super Bowl debut as the inauguration impedes other brands’ Big Game plans: Wednesday Wake-Up Call 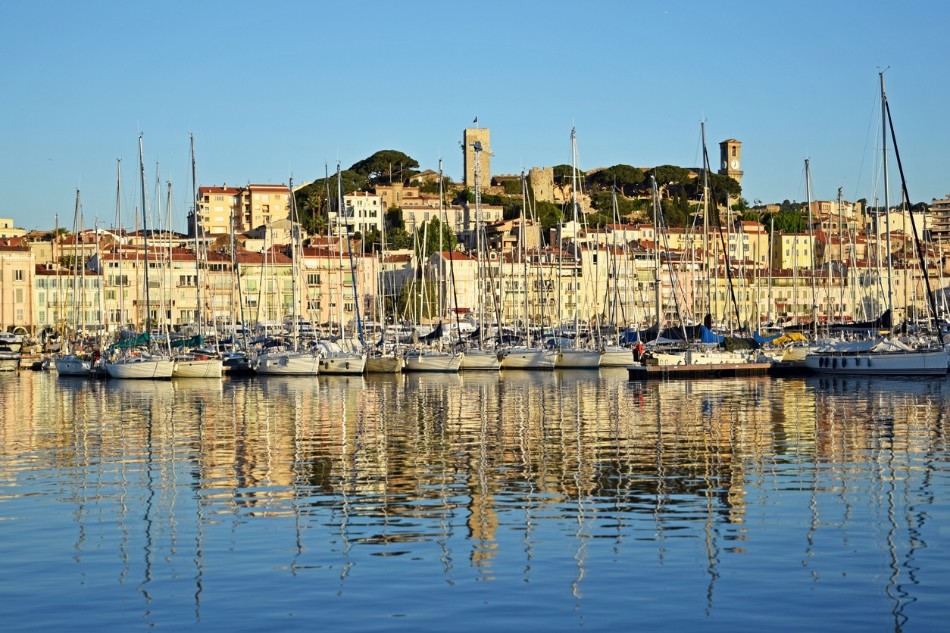 Six days to go until the advertising industry descends on the French Riviera for the Cannes Lions festival.

What people are talking about today
The Cannes Lions International Festival of Creativity starts Monday, but the annual guessing game has already begun. Who will win the ad industry's biggest honors? Ad Age reached out to creative leaders for their predictions, and here’s what they’re saying about one particular ad campaign:

—“Big, epic, ballsy storytelling that showed the brand taking a massive risk, which paid off both creatively and commercially.”
—“I award the thinking—the courage and the vision that having a point of view can generate sales.”
—“It will be remembered as the campaign of this decade.”

Read our story to find out what campaign they’re referring to. But if you’ve been paying halfway attention to advertising lately, don’t you already know?

Stream on
Viacom’s BET Networks is getting ready to launch a subscription streaming service this fall. The Wall Street Journal reports that movies and TV shows from producer and actor Tyler Perry will anchor the channel, and that Tyler will be a stakeholder in the project. The Journal adds that BET was influenced by research showing how “the most popular shows among African-American viewers on Netflix were those aimed at general audiences, like ‘The Office’ and ‘Family Guy,’ suggesting untapped demand for African-American-focused streaming content.”

So what is this service called? BET+. Which isn’t super inspired, considering that Disney’s streaming service will be called Disney+ and Apple’s is Apple TV+. (Media giants and tech players, are you hiring consultants to come up with these names? Just wondering.)

‘Must hear TV’
In this era of ad-skipping, TV executives are trying to find ways to surprise people and entice them into sticking around for branded messages. The latest idea comes from NBC Universal, and it’s called ““must hear TV” (a riff on NBC’s old “must see TV” slogan.) As Ad Age’s Jeanine Poggi writes, the new format relies on auditory cues and a bit of mystery.

For example, she writes, if an episode of E!’s “Keeping Up With The Kardashians” is set on a tropical island, the screen might go black as the commercial break starts. Poggi writes: “Viewers may then hear birds chirping and ocean waves on a beach before seeing a commercial for a travel brand.”

The idea, apparently, is for advertisers to play off the content more, breaking down the barriers between programming and commercial breaks. ABC has also experimented with blurring those lines. Is this just a novelty—something viewers might find funny for a while before getting bored with it? Or if the execution is creative, does it have staying power?

Just briefly:
Pitch P&G: “Fifty small shops will get the chance to literally give an elevator pitch to Procter & Gamble at Ad Age’s Small Agency Conference in New Orleans on July 30-31,” Ad Age’s Judann Pollack writes. There’s actually an elevator involved. (OK, it's a faux elevator, but the pitches are real.)

The end: HBO axed “Vice News Tonight,” which means the end of its seven-year relationship with Vice Media, The Hollywood Reporter writes. Vice’s news chief Josh Tyrangiel will leave, and “CEO Nancy Dubuc has tapped Jesse Angelo, the former chairman and CEO of the New York Post, for a newly created role overseeing news, television and digital at Vice,” the report says.

Buy: Salesforce agreed to buy Tableau Software Inc. “in an all-stock deal valued at $15.3 billion that it said will help give customers more ways to analyze data,” Bloomberg News reports.

‘The new Facebook’: Where do young consumers ‘connect to what everyone is talking about” and feel less alone? On Fortnite, the multiplayer video game, says NRG, a brand consultancy. Henry Cowling, creative managing director at MediaMonks, tells Ad Age’s George P. Slefo that “Fortnite is the new Facebook in some ways.”

Stanley Cup: Hockey’s Stanley Cup Final will go the full seven games, and “NBC is downright overjoyed” since ratings are expected to soar for the matchup between the Boston Bruins and St. Louis Blues, Ad Age’s Anthony Crupi writes.

Ad of the day: Birchbox, the subscription beauty care box, has a new campaign out about “You-time,” or the need for self-care, as Ad Age’s Adrianne Pasquarelli writes. There’s a cheerful cast of characters primping in their bathroom mirrors, reciting a poem. It’s all charming. But does anybody really get that much enjoyment out of looking in the bathroom mirror? Anyway, watch it here.