Plus, Uber and Lyft stay in California, for now
READ THIS NEXT
10 ways to virtually celebrate Martin Luther King, Jr. this holiday weekend 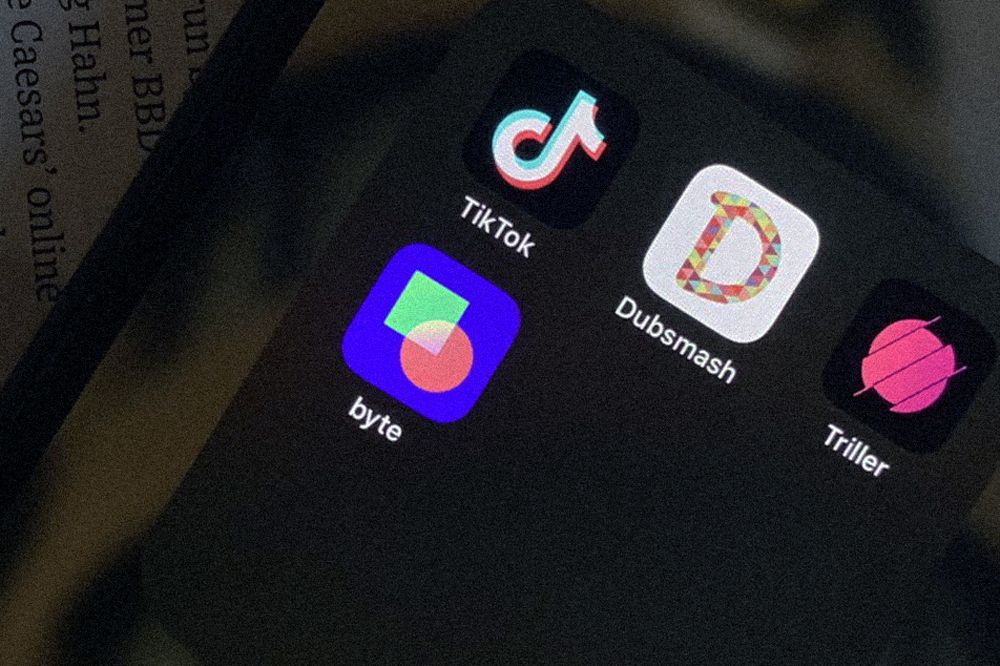 The biggest concern for many Americans is what to do if their favorite streaming app is banned. The answer, of course, is to find another one. Ad Age’s Garett Sloane compares alternatives to TikTok, like Dubsmash, which incorporates Musical.ly, the lip-syncing app it acquired.

Triller attracts celebrities and looks more polished. “Even Trump trolled TikTok by recently opening a Triller account, so it’s being cast as the clear successor app,” Sloane writes. “Triller seems to have the most interest in working with brands at this point in its development. The company joined Warner Music Group and Complex Networks to showcase itself at the Interactive Advertising Bureau’s NewFront in June, a clear sign of advertising intent.”

And Byte has more than 1.1 million weekly active users and boasts a founder who also helped create Vine. It’s drawing people who avoid TikTok because of the intense competition for audiences.

As schools struggle with the challenges of in-person classes, the big wireless carriers see an opportunity to make deals with districts desperate to get kids online, including 14 million students who lack basic access to the internet.

“The situation,” writes Ad Age’s George Slefo, “has created a lucrative opportunity for mobile carriers. Verizon, AT&T and T-Mobile are competing against each other by signing entire school districts and cities to massive deals that mostly include wireless hotspots. And they're doing so at a ridiculous pace.”

By this fall, Verizon will have deals with more than 260 schools, a 72 percent increase over last year. And competition between carriers is fierce for the $13 billion earmarked by the CARES Act for K-12 schools.

After a dip below the 1 million mark for the first time since March, new filings for unemployment benefits rose again last week, to 1.1 million, according to the Labor Department. That put the unemployment rate at 10.2 percent in an economy that’s starting to look like a game of Snakes and Ladders.

Stocks have mostly recovered, but 28 million people are collecting unemployment benefits. New home construction is booming, but an eviction crisis is looming. Retail sales have rebounded as consumers come to terms with online shopping and curbside pickup, but airlines are shutting down service to midsize markets as demand stalls at about a third of normal capacity.

And it is still unclear how much help Americans can expect from the federal government. President Trump’s extension of $300 in weekly benefits for those out of work isn’t a sure thing, as many states have been slow to apply for the funding, so whether the jobless will receive $300, $400 or nothing at all depends very much on the state in which they reside.

That last term has become problematic, said panelist Kai D. Wright, an author, media executive and lecturer at Columbia University. “We probably need to retire the idea that they are micro. By calling it micro, it makes it seem like the impact is not that large.”

Gabrielle Shirdan, VP-creative director at McCann New York called out inauthentic work that may feature Black faces but ring hollow because they are not written by Black creatives. “Black lives are not a brief,” she said.

And Rashad Robinson, president of Color of Change, called out passive language that places the onus of discrimination on the very people affected by it. Rather than saying, “Black people are less likely to be promoted in ad agencies,” he suggests better phrasing would be “Ad agencies are less likely to promote Black people.”

The entire town hall is free to watch on AdAge.com.

She and her husband attend couples therapy via videoconferencing due to coronavirus, and she has seen her own therapist regularly for years. “When you’re arguing, it escalates because neither of you feel heard. And neither of you wants to end the fight or move on because you feel like, hey, I haven’t been able to say my piece yet, you haven’t heard my piece, you don’t agree with my side, and I haven’t been vindicated," she says. "But at this point, after having done therapy for so long, we’re both confident that when we go to therapy, no matter what the issue is, we’ll both feel heard by the end, and we’ll both find empathy for each other."

She also weighs in on wilderness survival (her odds aren’t great) and working from home as an independent contractor.

Stay of execution: Ridesharing companies Uber and Lyft won the first round in a game of chicken with the state of California. Just 12 hours before Lyft was set to pull out of the state, an appeals court issued an emergency stay, preventing a judge’s order from going into effect that would have required the companies to treat drivers as employees, rather than freelancers. The companies claim drivers prefer the freedom to make their own schedules, while California’s attorney general asserts the brands are making money by not paying their workers overtime or health benefits. California voters will have final say with a ballot initiative in November.

Time to move on: Christena Pyle, executive director of the Time's Up Foundation, is leaving the organization that was created to focus the energy of the #MeToo movement. She joins Dentsu Aegis Network as its first chief equity officer, Americas, mirroring a move former DDB Worldwide CEO Wendy Clark made earlier this year. Before Time’s Up, Pyle was Omnicom Group's director of diversity and inclusion.

Slice of the pie: Epic Games isn’t the only company chafing at the App Store’s restrictions. A trade body representing publishers including The New York Times, the Washington Post and The Wall Street Journal sent a letter to Apple CEO Tim Cook calling for a decrease in the 30 percent cut the tech giant takes from subscription sales on its platform. Whether the news outlets will be able to handle a tough fight like the one shaping up between Epic and Apple remains to be seen.