An explosion of Baby Yodas and the $3,500 Oreo: Friday Wake-Up Call | Ad Age
Skip to main content
Sign In Register

Plus, Apple opens up (a little), political ads seep into streams and Mrs. Dash seems to be single
READ THIS NEXT
High-profile departures at General Mills and Ogilvy, and lessons from Peloton’s recall: Friday Wake-Up Call 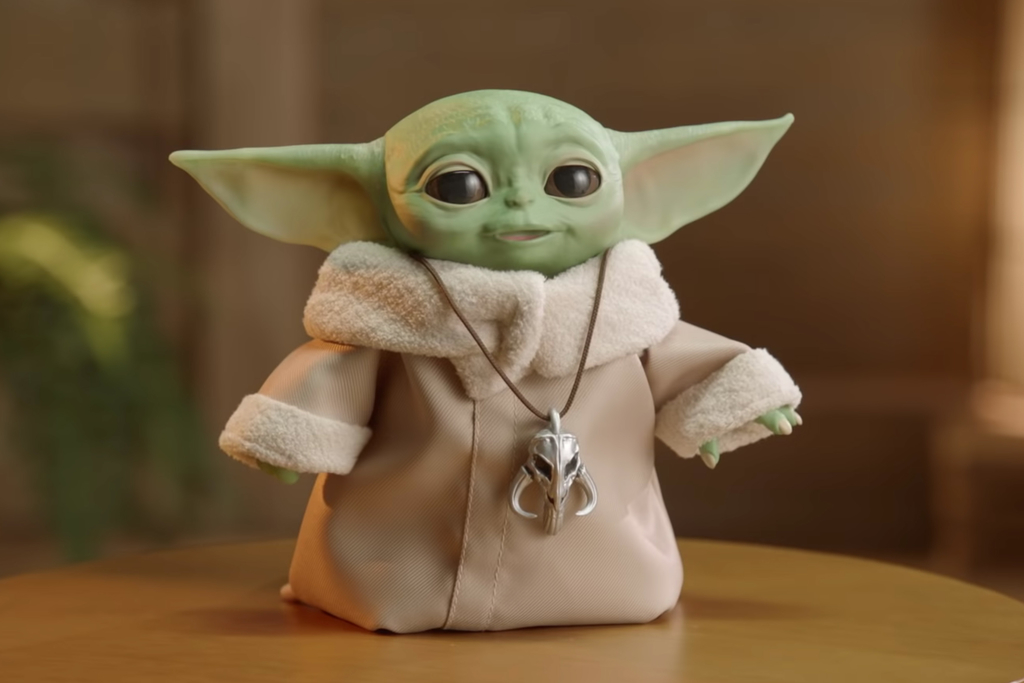 Baby Yoda merch is finally on its way.

PepsiCo has moved its Bubly sparkling water to TBWA\Chiat\Day New York from Omnicom Group sibling Goodby Silverstein & Partners. The latter created ads starring singer Michael Bublé, who is forever scheming to change the product’s name to his own. TBWA\Chiat\Day New York, as Lindsay Rittenhouse points out, also picked up the Mtn Dew account last year from another Omnicom agency, BBDO. For that brand, TBWA\Chiat\Day created a Super Bowl spot that shows Bryan Cranston reenacting a scene from “The Shining” in which he takes an axe to his family. Coincidence?

One of the most-read Ad Age stories this week is Ilyse Liffreing’s Tuesday report about an unlikely collaboration: “Supreme Oreos are coming, but not everyone is a fan.” People can’t seem to get enough of streetwear brand Supreme’s stunt-marketing shtick, which involves buzzy “drops” of limited-edition merchandise designed to get Supreme collectors to hand over their credit cards. So here’s a follow-up for you: Food blog Eater reports that people are already listing packages of Supreme Oreos with starting prices of $500—quite the mark-up given that the actual retail price is expected to be $8 for three packs. (They have yet to officially go on sale.) But wait, it gets even crazier: As of this writing, one eBay listing for a Supreme Oreos three-pack has attracted 54 bids, and the top bid right now is $10,600. Which works out to a little over $3,533 per cookie. It remains to be seen if the top bidder is serious or insane—or both.

Soon, you won’t be able to escape The Child—even if you wanted to. The merchandising machine behind “The Mandalorian” is pumping out a massive stream of Baby Yoda products, including animatronic dolls, Operation board games, Lego minifigures, jewelry, t-shirts, Build-A-Bear Yodas, water bottles, posters, notebooks, socks, greeting cards, hats, iPhone cases and more. Or, as Mashable puts it, “It’s more Baby Yodas (Babies Yoda?) than you can shake a stick at. What a time to be alive.”

Apple’s tightly controlled mobile ecosystem might be opening up a bit. Bloomberg News reports that the tech giant is considering letting users switch from the pre-installed, default, Apple-made apps on their iPhones to apps made by rivals. That would be a major change for Apple’s mobile operating system, and one that plenty of users have been clamoring for. Why now? As Bloomberg notes, last year during a hearing of a U.S. House of Representatives antitrust panel, lawmakers pressed Apple on the issue. And Apple's competitors have also been making a lot of noise about it. Spotify even launched a site, TimeToPlayFair.com, to draw attention to what it calls “Apple’s anti-competitive behavior.” In other words, Apple may be pondering this voluntary consumer-friendly change to its app ecosystem because, if it doesn’t, it just might be forced into doing it anyway.

The Washington Post reports on a rather massive loophole related to political advertising: Streaming services such as Hulu and Roku have fallen through regulatory cracks—and shady political operatives with dubious, misleading political ads have been taking advantage. “Nothing requires these fast-growing digital providers to disclose whom these ads targeted and who viewed them,” per the Post. “The absence of federal transparency rules stands in stark contrast with traditional TV broadcasters, such as ABC, CBS, Fox and NBC, which for decades have been required to maintain limited public files about political ads.” Watchdogs who monitor election meddling are deeply concerned, and viewers are fed up too. On Hulu, the Post notes, a flood of campaign ads is prompting viewers to take to the company’s message boards with gripes such as: “I have Hulu for entertainment, not so I can be tortured with political ads.”

Money can’t buy you love (but it gets ratings): Michael Bloomberg’s public flogging by his Democratic party nomination rivals this week in Las Vegas drew 19.7 million viewers across NBC and MSNBC, writes Jeanine Poggi, according to Nielsen fast national figures. That makes it the most-watched Democratic debate in history—and that tally does not include streaming, which NBC estimates wil add another 417,000 viewers on average.

Mrs. Dash gets divorced?: Mrs. Dash, the salt-free seasoning from B&G Foods, is dropping the “Mrs.” The company did not give a reason for the change but, says Joy Bauer, a health and wellness speaker who frequently appears on NBC’s “Today,” will endorse the brand. And it seems the newly single Dash is keeping her options open. Reports Jessica Wohl: “Online, mrsdash.com will stick around. A quick search for dash.com redirects to a Procter & Gamble search page. P&G has the dash.com URL for possible use for the laundry detergent of the same name.”

ICYMI: Pizza Hut parent NPC International is considering a bankruptcy filing, according to Bloomberg News, given that the company is saddled with $1 billion of debt and faces brutal competition (apparently someone’s been out-pizza-ing the Hut?).

Banned: “Google has removed close to 600 Android apps and banned their developers from the Play store and its ad networks,” BuzzFeed News reports, “as part of a massive crackdown on ad fraud and ‘disruptive’ mobile ads.”

That does it for today’s Wake-Up Call. Thanks for reading. For more industry news and insight, follow us on Twitter: @adage.