Fortnite goes into a 'black hole' and Facebook’s cryptocurrency is in crisis: Monday Wake-Up Call

Plus: What happened at Barton F. Graf's 'funeral' 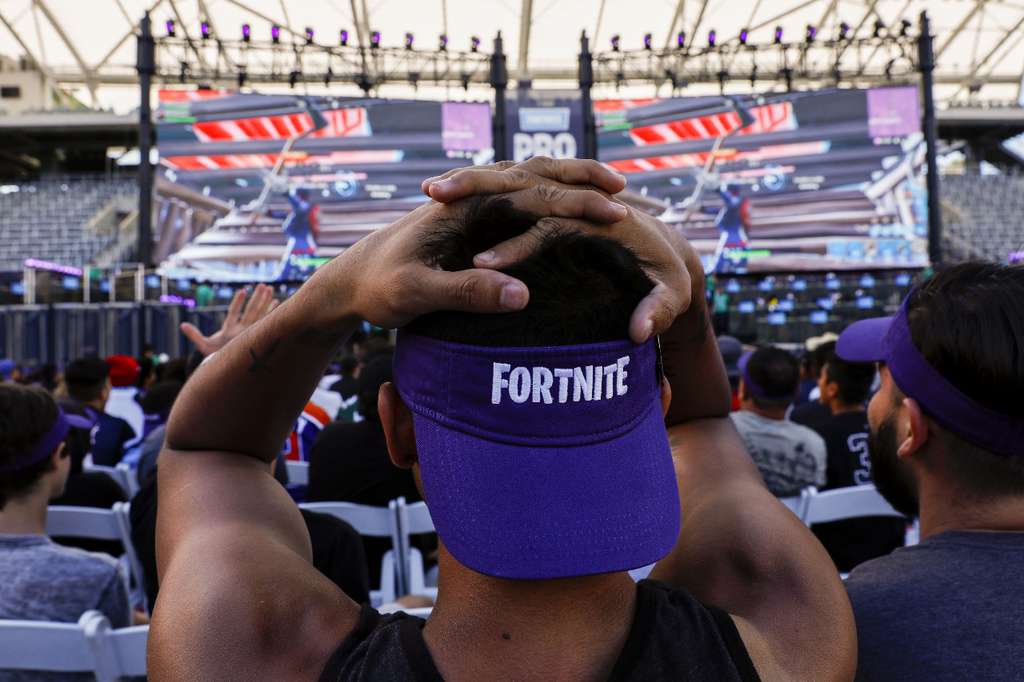 Fortnite goes into a ‘black hole’
Teenage gamers all over the world went into meltdown yesterday (although their parents may have been secretly rejoicing) as Epic Games’ super-successful Fortnite videogame mysteriously went down.

As The Verge reports, “Things happened in dramatic fashion. Everything started when the meteor, which had been static in the middle of the island since its appearance at the beginning of season X, started to act up, eventually obliterating the entire map at around 2:00PM EST. Since then, players haven’t been able to do little more than stare at a black hole.”

It’s widely believed that the blow-up is deliberate, and that the game will be replaced by a new version after server downtime. (Fortnite had even been foreshadowing this in not very subtle ways, with tweets such as “The end is near.” ) With no official communication from the brand as yet, nobody is not quite sure what is going on—but it certainly looks like we could be entering a new era of how to promote your game reboot.

Facebook’s cryptocurrency is in crisis
It’s been a tumultuous weekend for Facebook and its cryptocurrency project, Libra. On Friday, four of its key partners on the project, Visa, MasterCard, eBay and Stripe, said they were pulling out. As the New York Times reports, they backed off the idea after regulators “questioned whether Facebook, which is grappling with other regulatory issues around privacy and antitrust, should be heading up such an initiative.”

Then, a further blow to Libra came over the weekend in a report by the G7 group of nations that says crytpocurrencies pose a risk to the global financial system. According to the BBC, “It warns that even if Libra's backers address concerns, the project may not get approval from regulators.” Facebook is due to hold a summit about Libra in Geneva today; it could be an interesting occasion.

In other Facebook news: There was more trouble for the social network this weekend in the form of a spat with Elizabeth Warren. In response to ads run by the Trump campaign, the Democratic presidential candidate deliberately placed a false ad on the network saying that Mark Zuckerberg had endorsed President Trump for re-election. As the Wall Street Journal reports, Facebook quickly defended itself in a tweet pointing out that broadcasters had also shown the Trump ad.

California braces for privacy law
The California Consumer Privacy Act, or CCPA, takes effect Jan. 1 and, as Ad Age’s George P. Slefo writes in the new print issue of Ad Age out today, the new law “could have the largest impact on digital advertising since the introduction of the iPhone.”

The implications are wide-ranging; The law will require an “opt out” button on every page of every website, allowing consumers to easily tell companies they do not want any of their data to be collected or sold. Consumers can also tell tech companies, publishers or brands to delete their data, and can opt out of a company's terms of services without losing access. Read more about the regulations here; there's also a podcast and explore our interactive graphic detailing all the many implications for the rest of the U.S.

Barton F Graf’s funeral
An unusual industry event took place last Thursday night; a "funeral" for New York agency Barton F. Graf, which announced its closure in August. Ad Age’s Lindsay Rittenhouse was there and reports that the night included a New Orleans-style second-line jazz band, memorial cards, an open bar and a "priest." There were also eulogies and a stuffed toy mouse in a casket, in a nod to the shop's "Dead Mouse Theater" ads for Tomcat.

However, the black comedy was bittersweet; as Rittenhouse writes, “a sadness hung in the air, not only for Barton F. Graf, but the "death" of this award-winning creative shop was seem by some as a bad omen for indie agencies increasingly bogged down by client budget cuts and shifts to project and in-house work.”

Just briefly
Ad Age Awards: It's happening: the 2020 Ad Age A-List and Creativity awards are now open for submissions. New for this year in the Creativity awards is a dedicated "Production" section to honor more of the top talents and companies in the production world. Check out the deadlines here—and you might want to hurry, because early-bird pricing ends Oct. 23.

WeWork's rescue plans: Beleaguered WeWork is mulling two rescue plans after its failed IPO, according to the New York Times; “one that would effectively hand control of the business to SoftBank of Japan, its biggest shareholder, and another that would raise billions of dollars of debt with the help of JPMorgan Chase.”

ICYMI: If you haven’t yet caught up on the crazy Instagram fight that dominated social media and pop culture last week in the U.K., the New York Times has a fun explanation by a British person for those in the U.S. (Basically, Coleen Rooney, wife of soccer star Wayne, used Instagram to catch the person who was allegedly leaking stories about her to the tabloids, fellow top player’s wife Rebekah Vardy. Rooney placed fake stories that only Vardy's account could view, then outed her in a super-sleuth style Insta post.)

Campaign of the day: Burger King has created a “silent drive-thru” for the reserved citizens of Finland, who hate small talk, writes Ad Age’s Ann-Christine Diaz. Customers register on an app, and “instead of going through the traditional drive-thru lane, they wait at a designated silent drive area, where a BK staffer will drop off their meal swiftly and silently.”  Plus, it’s also good for the environment, as it reduces cars’ idling time. Read more here, and don’t forget to check out Creativity’s Top 5 campaigns of last week, including HBO’s “It’s OK” campaign for World Mental Health Day that highlighted characters struggling with mental health issues.