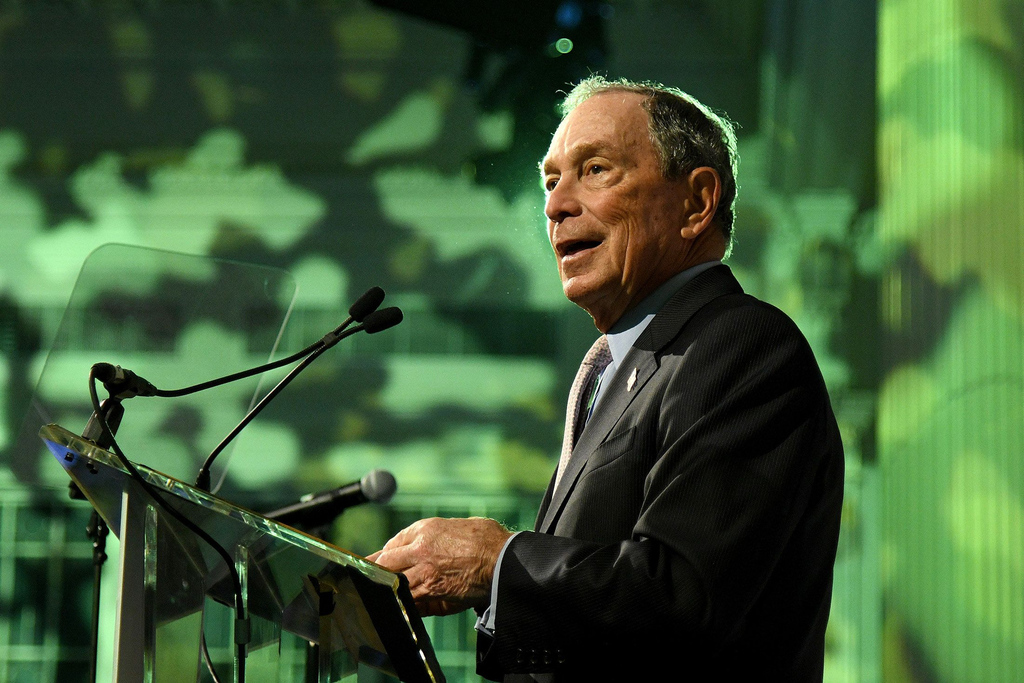 Bloomberg starts $37 million ad blitz
Michael Bloomberg made his Presidential run against Donald Trump official this weekend, and it’s supported by a massive advertising blitz. CNN reports that, according to data from Kantar Media/CMAG, Bloomberg has placed at least $37 million worth of television advertising over the next two weeks, with 60 second spots across some 100 markets, representing “more than the entire Democratic field has spent on TV advertising in the race so far.”

“Just for a sense of scale, people who watch NBC's local news this week in Los Angeles from 4 p.m. to 7 p.m. will see NINE Michael Bloomberg ads—every day.'

The first ad, which aired in Tallahassee, Florida, Saturday night, takes a biographical stance, reports ABC News, with the narrator saying, "He could’ve just been the middle-class kid who made good, but Mike Bloomberg became the guy who did good."

Also: Speculation is already brewing as to how Bloomberg’s own media outlets will cover his run. The New York Times reports that on Sunday morning employees were told in a memo that Bloomberg outlets “will not do in-depth investigations of Mr. Bloomberg—or any of his Democratic rivals.”

LVMH confirms $16 billion Tiffany acquisition
French luxury goods conglomerate LVMH has confirmed its acquisition of Tiffany, and has said that it's paying over $16 billion for the iconic New York jeweler.

The Wall Street Journal reports this morning that the agreement values the U.S. company at $135 a share, or $16.2 billion. The deal, first rumored in late October, will be the biggest acquisition in LVMH’s history, outstripping the $13 billion it paid for Dior in 2017.

For LVMH, Tiffany strengthens its jewelry portfolio (it already owns Bulgari as well as watch brands Hublot and Tag Hauer.)  But it’s also, as the Journal points out, “a bet on China’s economy and its consumers.” Tiffany CEO Alessandro Bogliolo has been trying to expand the company into China as part of a plan to restore growth to its business, and the company is building flagship stores in several Chinese cities.

Tesla’s Cybertruck gets orders despite its viral disastrous launch
Tesla had, by all accounts, a disastrous launch for its electric pickup truck last week. On Thursday night, as CEO Elon Musk showed off its futuristic “Cybertruck” at an event in California, its armored windows embarrassingly shattered. It happened twice, as Automotive News reported, “during an on-stage strength demonstration when chief designer Franz von Holzhausen threw a metal ball at it to test its durability.”

Tesla’s share price tumbled after the event, but as the BBC reports, it seems potential customers weren’t put off. Musk first claimed at the weekend he had almost 150,000 orders for the truck and a few hours ago, tweeted that the numbers were up to 200,000. The demand had come despite "no advertising and no paid endorsement" for the truck, Musk said.

So could the bad PR have actually boosted sales? After the truck launch went viral on Twitter with jokes and memes (CNet has this roundup of comments)  some commenters are now speculating that Musk “did it for the memes.”

Just briefly:
Fearless Girl court battle: State Street Advisors has filed a lawsuit in Melbourne against a personal injury firm, Maurice Blackburn, that commissioned a copy of its “Fearless Girl” statue, reports the New York Times. The case follows an earlier lawsuit against Kristen Visbal, the artist who created the original statue and has made the copies that are now in London, Oslo and Maryland, as well as Melbourne.

Levy to WeWork: Publicis Groupe’s Maurice Levy will be joining WeWork as its interim chief marketing and communications officer, a company spokeswoman confirmed to Ad Age’s Lindsay Rittenhouse on Friday. Publicis is yet to comment on how this might affect Levy’s current role as chairman of the holding company's supervisory board.

Data boost: L'Oréal saw a 49 percent increase in e-commerce revenue year-over-year for the first half of 2019, thanks to its customer data platform, reports Ad Age’s George P. Slefo. The company revealed the figure at the Salesforce Dreamforce event in San Francisco last week.

Holiday food of the week: Is there no food that can't be holiday-themed? We all know the holidays are imminent when the coffee chains start promoting gingerbread lattes but now, a pizza chain is getting in on the seasonal act. Canadian chain Boston Pizza’s “new Christmas pizza features turkey, cranberry sauce and gravy. Also cheese, because it’s a pizza,” writes Ad Age’s I-Hsien Sherwood. Agency John St. enlisted a seven-member choir to promote it by singing an ingredient list to the tune of “Carol of the Bells.” And some (lucky?) customers are also receiving their pizza in a musical pizza box that plays the song when the box is opened. See it in action here.