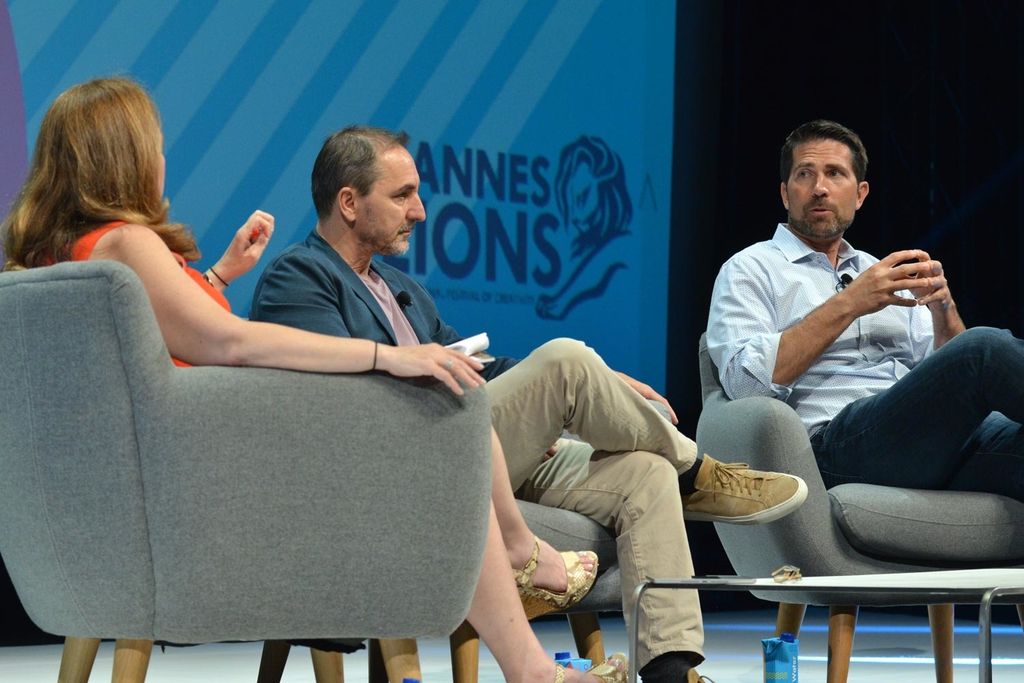 Accenture Interactive-owned Droga5 laid off 7 percent of its U.S. staff on Wednesday, about 40 people, mostly in the New York office and across all levels of the company and in all departments.

“Droga5 has made the decision to transition out a number of our people as we continue managing our business for the long term to best serve our clients," an agency spokesperson said in a statement to Ad Age’s Lindsay Rittenhouse. "All of those affected will be provided severance benefits. We are grateful for all of their contributions to the agency."

In August, a paper in Australia (founder David Droga’s country of origin) reported that Accenture would cut 25,000 workers globally, about 5 percent of its workforce, due to the pandemic. But an unnamed source told Business Insider the Droga5 cuts are due to the agency’s business, not mandated by Accenture.

With recent cuts at Wieden+Kennedy and now Droga5, it’s clear that neither big-name clients nor award-winning campaigns can protect agencies from the economic fallout of the coronavirus.

Shares of sports betting site DraftKings got an 8 percent bump Wednesday after the company announced that basketball legend Michael Jordan will become a special advisor to its board of directors, which provides him with an equity stake in the company. The NBA Hall of Famer, who led the Chicago Bulls to six championships and whose name graces the most famous shoe in the world, Nike’s Air Jordans, is currently the chairman and owner of the Charlotte Hornets. (The less said about his baseball years, the better.)

Jordan is back in the spotlight after “The Last Dance,” an ESPN and Netflix-produced miniseries about his career, became required viewing for sports fans reeling from the loss of live sports to pandemic lockdowns. His presence at DraftKings adds legitimacy to gambling on sports, an activity that is still illegal in most states. For years, Jordan has been known to like a bit of the action himself: blackjack, golf betting, casinos.

The Jordan news is just the latest from DraftKings to make investors happy. The company’s stock price is up 240 percent this year, despite the dearth of games to actually bet on.

Back in the saddle

Gerry Graf is taking a turn in the director’s chair with a PSA featuring Michael Douglas and Danny DeVito. The founder of agency Barton F. Graf, which closed at the end of last year after a nine-year run, also wrote the spot, which sees DeVito telling his old friend about POLST, medical directives for end-of-life care.

“The two discuss the joys and miseries of being locked up at home. DeVito loves ordering in, while Douglas gripes about the government legalizing the ‘imprisonment’ of parents—and not allowing social visits from the kids,” writes Ad Age’s Ann-Christine Diaz.

M ss ng P eces produced the spot, and co-founder Ari Kuschnir brought Graf in on the project. DeVito, not one to pass up an opportunity to improvise, kept ad-libbing the jokes until Graf insisted he try the scripted line. Which he did, eventually.

Industry group the Global Alliance for Responsible Media is circulating a draft of brand safety rules it wants tech platforms to adhere to in the wake of the Facebook boycott. “The proposal attempts to define offensive content, push platforms to prove how prevalent that content is on their services and give brands transparency about when ads appear next to that content,” writes Ad Age’s Garett Sloane.

“’Irrespective of harmful content being posted, every marketer should have the ability to manage the environment they advertise in and the risks,’ says one slide in GARM’s proposal, which was obtained by Ad Age and marked ‘confidential,’” Sloane writes.

The “Stop Hate for Profit” boycott, led by organization like the NAACP, highlighted hate speech and disinformation on the Facebook, an issue all social media platforms are wrestling with. Brands are particularly concerned about their ads appearing next to racist or other controversial content, usually placed there algorithmically.

Driving interest: K-pop supergroup BTS have turned their sultry harmonies toward praise of a new object of affection, the Hyundai Ioniq electric vehicle. The new single “Ioniq: I’m On It” is unabashedly commercial, with the car’s name in both the title and the lyrics. The music video features glamorous shots of the new model line, along with verses that allude to electricity: “Full energy, higher esteem / Better focus on what's charging me.” Judging from the number of views—more than 3 million in the first day—fans don’t mind the brand tie-in. It’s great timing for Hyundai, as BTS just topped the Billboard Hot 100 with their first English-language track “Dynamite,” the first South Korean group to do so.

Clocking in: Poll workers are often civic-minded retirees. But that’s the very demographic most susceptible to the coronavirus, so many polling places are worried about a shortage of poll workers come November. Old Navy says it will pay employees for up to eight hours of time spent as a poll worker. That’s in addition to what they might normally be paid by local officials for that work.

Tiger queen: “Carole Baskin Killed Her Husband” was one of the earliest memes spawned by pandemic binge watching. Now the “Tiger King” star is joining another cringey cultural powerhouse. She’ll be a contestant on the next season of “Dancing With the Stars,” along with Nelly. If that’s not your cup of tea with milk and sugar, Channel 4 released the trailer for the next season on “The Great British Bake-Off,” which posits a world where flour is a contraband substance—addictive and tough to come by.