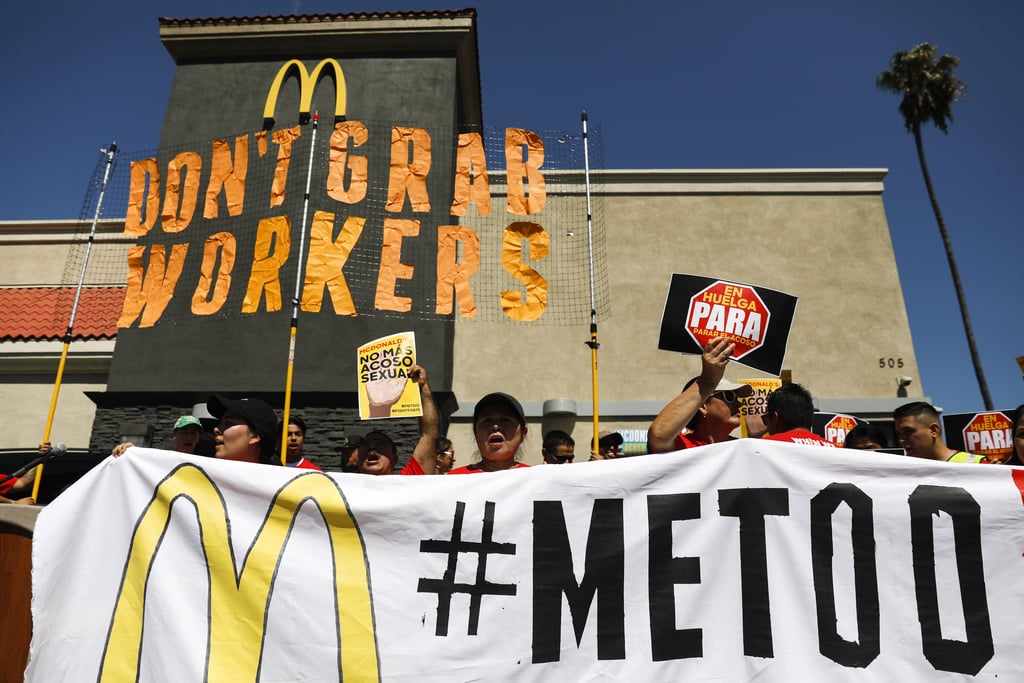 McDonald’s Corp., in the face of criticism for its handling of harassment complaints, said it’s training workers to deal with the issue and is starting a hotline for victims.

In a letter responding to an inquiry from U.S. Senator Tammy Duckworth, Chief Executive Officer Steve Easterbrook said the company is committed “to ensuring a harassment and bias-free workplace.”

In the past three years, McDonald’s workers backed by advocacy groups have filed more than a dozen sexual harassment complaints with the U.S. Equal Employment Opportunity Commission, alleging misconduct including groping, inappropriate comments from supervisors and retaliation for speaking up. The National Organization for Women and the National Women’s Law Center have alleged that workers at McDonald’s stores “face rampant sexual harassment.”

“We have enhanced our policy so that it more clearly informs employees of their rights, more clearly defines sexual harassment, discrimination and retaliation, and provides examples of what unacceptable behavior looks like,” Easterbrook said in the letter, which was viewed by Bloomberg News. Duckworth, a Democrat, is the junior senator from McDonald’s home state of Illinois.

The company started working with anti-abuse organization RAINN last year to get recommendations on how to prevent misconduct, according to the letter. As part of its updated policy, McDonald’s is offering a third-party hotline and training on harassment and discrimination. Easterbrook said 90 percent of operators and general mangers have taken the training. McDonald’s will offer training to other crew members on harassment, unconscious bias and workplace safety.

"Clear message"
The actions send “a clear message that we are committed to creating and sustaining a culture of trust where employees feel safe, valued and respected,” according to Easterbrook’s letter. “Most importantly, it shows we’re changing to meet the needs of our workforce and the communities where we live and operate.”

Last September, workers mounted a one-day strike designed to spotlight the company’s alleged sexual-harassment problem. Gillian Thomas, a senior staff attorney at the American Civil Liberties Union, said in January that McDonald’s evades responsibility for abuse at its restaurants by blaming problems on third-party operators, while simultaneously exercising considerable control over the rest of franchisees’ operations.

The Fight For $15 also criticized McDonald’s last year for choosing the management-side law firm Seyfarth Shaw as as one of its advisers on sexual harassment policy. The firm’s clients included Weinstein Co., which it was defending in litigation over Harvey Weinstein’s alleged misconduct.