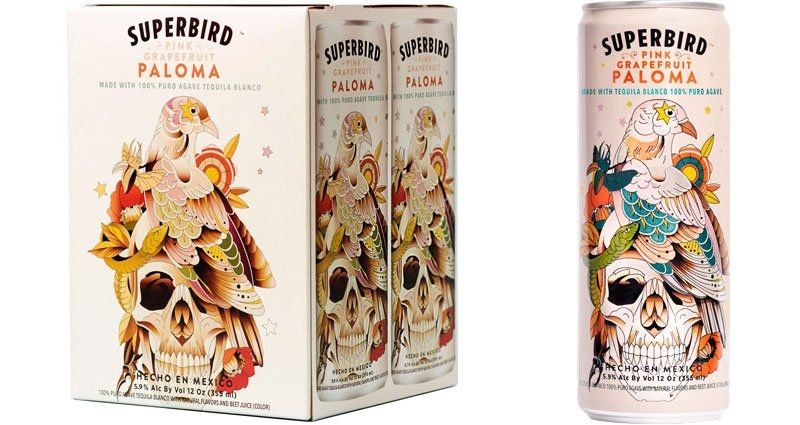 The cocktail, called Superbird, is a carbonated take on a Paloma, with blue agave tequila, grapefruit juice, agave nectar and sparkling water.

Molson Coors plans to launch distribution in 10 markets this spring and expand nationally, according to a statement announcing the partnership with the cocktail’s maker, New York-based Casa Komos Beverage Group, or CKBG.

The deal plays into the Miller Lite maker's plans to expand beyond beer. In late 2019, the Chicago-based company changed its name from Molson Coors Brewing. Then, in September, it announced the launch of new nonalcoholic products.

Pete Marino, president of emerging growth at Molson Coors, said in the statement that distributing a brand like Superbird “only strengthens our position as a true beverage company.”

“CKBG created a delicious, authentic, super-premium brand, and it equips our company and our distributors with another high-quality option,” he said.

The popularity of ready-to-drink cocktails has skyrocketed in recent years. The category grew 142 percent in 2020, according to data from market research firm Nielsen, cited in the statement. It is expected to reach $1.2 billion this year.

CKBG, which launched Superbird in 2018, handcrafts the tequila, co-founder Richard Betts said in the statement. “Finding the local craftsmen and canneries who understood what we were trying to achieve was key,” he said. “And now bringing Superbird to customers with the right distribution partner is the ultimate accomplishment.”

Expanding into the ready-to-drink category is likely a good bet for beer makers to make, but it is still a bet, said Paul Earle, an adjunct lecturer of innovation and entrepreneurship at Northwestern University’s Kellogg School of Management.

“It’s still very early days in the world of mass market (ready-to-drink),” he said. “All of the tea leaves suggest that this is going to be a thing, but it’s so early that we don’t know.”

However, several micro-trends, such as the demand for premium, not-too-heavy drinks, support growth in the category, Earle said. It could also be an extension of the hard seltzer craze, which beer and liquor companies have cashed in on.