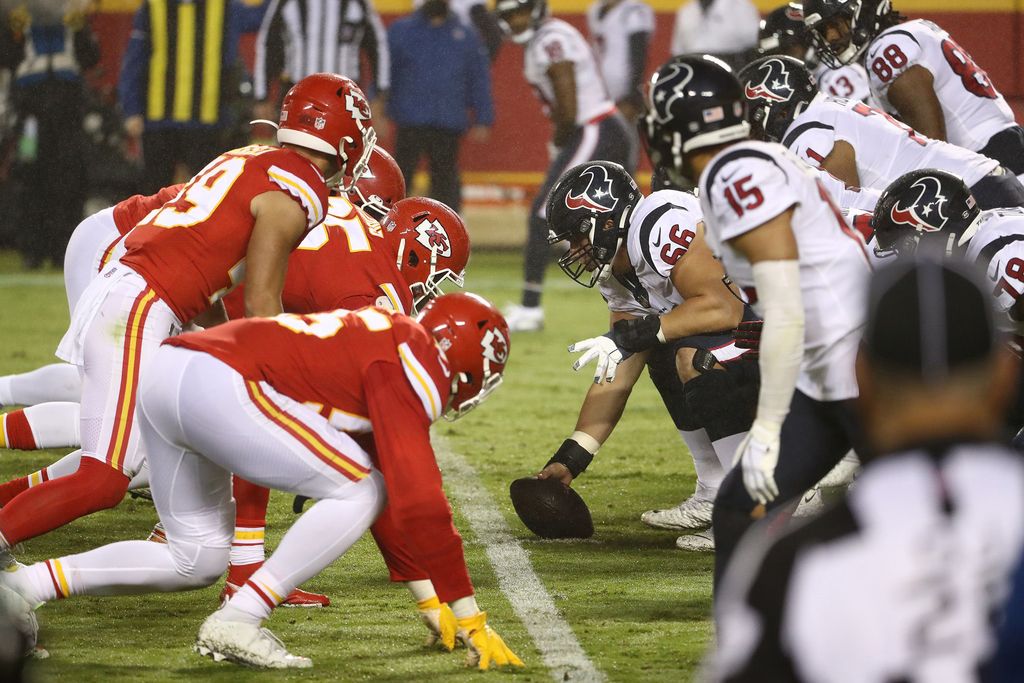 The Houston Texans line up against the Kansas City Chiefs during the fourth quarter at Arrowhead Stadium on September 10, 2020 in Kansas City, Missouri.

The NFL’s season opener on NBC attracted a far smaller TV audience than a year ago, held back by a busy schedule that included all major sports vying for viewers at the same time because of COVID-19 delays.

About 16.4 million people watched last night’s game between the Super Bowl champion Kansas City Chiefs and the Houston Texans on Comcast Corp.’s NBC network, according to early Nielsen ratings. That’s a 16 percent drop from the opening game of last season, according to Deadline. The total will likely grow when updated ratings come in later Friday.

The NFL is facing more competition in September than ever before because other sports were delayed by the pandemic. Last night’s programming included NBA and NHL playoffs. Baseball is in the home stretch of a shortened season, and the U.S. Open tennis tournament, which featured the star Serena Williams, is underway.

With fewer fans in the stands due to social distancing, NFL games this season will have prerecorded audio of cheering fans to make the broadcasts more engaging to viewers at home. Other sports have also added fan sound effects.

The audience for the NFL, the most-popular U.S. sport, is closely scrutinized in the media industry because it’s the basis for billions of dollars in rights fees and advertising dollars.