Plus, someone ate the Art Basel banana
READ THIS NEXT
Facebook takes a swipe at Apple, says in-app fees hurt businesses during pandemic 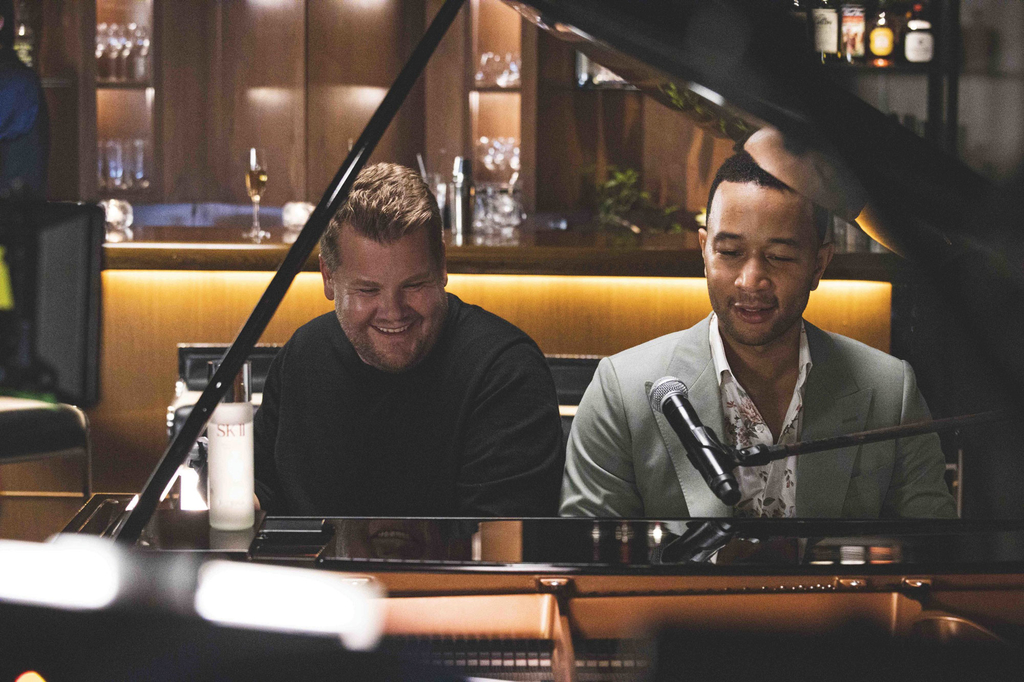 P&G is Ad Age's Marketer of the Year
Ad Age’s 2019 Marketers of the Year is published today, and this year Procter & Gamble is No. 1. It’s an impressive comeback for the consumer goods giant, which had been losing market share since 2007 but this year, as Ad Age’s Jack Neff reports, gained share in most businesses, with 7 percent organic sales growth the past two quarters.

Neff adds that P&G has also “put out notable creative in the past year that includes original productions from James Corden and John Legend for SK-II and Pampers, while embracing risks and taking social media heat for ads from Gillette and My Black Is Beautiful that take controversial stances on gender and race relations.”

Relying less on conventional surveys, P&G company has adopted the methods of d-to-c startups by rolling out dozens of new brands and ideas direct to consumers and pivoting based on results. As it takes more risks, P&G’s growth has pushed its stock price up more than 30 percent this year and 65 percent from recent lows in May 2018.

P&G is followed in the rankings by brands such as White Claw, Popeye’s, Barbie, Target, Disney—and Greta Thunberg, the Swedish environmental campaigner, who came in at No. 8. As I-Hsien Sherwood writes, “Thunberg isn’t a typical, or even intentional, marketer, but she drives attention and action in organic ways that purpose-led brands wish they could.”

The 'Peloton wife' stars in Aviation Gin ad
After the widely-mocked Peloton ad dominated marketing conversations for most of last week, where else could the story go? Ryan Reynolds and his Aviation Gin brand knew just where to put it—in their own ad. Aviation released a video Friday night, featuring actress Monica Ruiz, who starred as the beleaguered “Peloton wife.” In the spot, she’s drinking gin surrounded by friends who toast “new beginnings” and reassure her “you’re safe here.”

As Ad Age’s E.J. Schultz reports, while the clip doesn’t directly reference Peloton, “Reynolds, who owns a stake in the gin, made clear in a tweet that the booze brand was having a little fun at Peloton’s expense. His tweet with the video tees it up by saying: "Exercise bike not included."

Reynolds’ tweet has since had more than 41,000 retweets and more than 279,000 likes over the weekend. (Meanwhile, Ruiz has given an interview about her role in the ads, diplomatically saying she was grateful to both Peloton and Aviation Gin for the opportunities.)

Next up on Peloton: Peloton CEO John Foley and CFO Jill Woodworth are both scheduled to speak at the UBS global tech media and telecom conference in New York this morning. Should be interesting.

Art Basel banana is eaten (and now gone)
From the design world comes one of the most bizarre and entertaining stories of the weekend: that of the Art Basel banana. Last week, the “artwork” of a banana duct-taped to a wall by artist Maurizio Cattelan sparked huge debate after it was sold three times at Art Basel Miami, for $120,000 to $150,000.

Then, shortly before 2 p.m. Saturday, New York City-based performance artist, David Datuna peeled the taped banana from the wall and devoured it, posting his actions in an Instagram video titled "Hungry Artist", as the New York Times reports,

“He grinned and raised the half-eaten banana as if making a toast.”

The banana was replaced, but yesterday the gallery hosting the art, Perrotin, announced that it had “been removed from its booth because of the Mona Lisa-like attention it was getting.” (The banana, meanwhile, has its own Instagram account.)

We’re just waiting for the first advertiser to post a video on Twitter that somehow mashes up the Peloton wife and the banana. That will be true social media gold.

Amazon’s NYC move: Amazon has signed a new lease for 335,000 square feet in Manhattan’s Hudson Yards neighborhood, reports the Wall Street Journal. The move comes after it dropped plans for its second HQ in Long Island City. The Journal also writes that Facebook is also looking at a lease in the same neighborhood.

Gender parity: The majority of the jury presidents at Cannes Lions International Festival of Creativity will be female, reports Ad Age’s Lindsay Rittenhouse. That’s 53 percent, as opposed to 33 percent in 2019.

Campaign of the day: If you’re sick of hearing about Peloton now, check out a new campaign from rival fitness brand Bowflex that shows how brands in this category can get it right after all. As Ad Age’s Ann-Christine Diaz writes, “recent spots from Fig for the exercise equipment brand are everything that the Peloton ad is not—fun, relatable, real, human.”  One spot follows a middle-aged woman who drags herself out of bed every morning to exercise, groaning at first but growing more enthusiastic over time. And no, she doesn’t look traumatized.