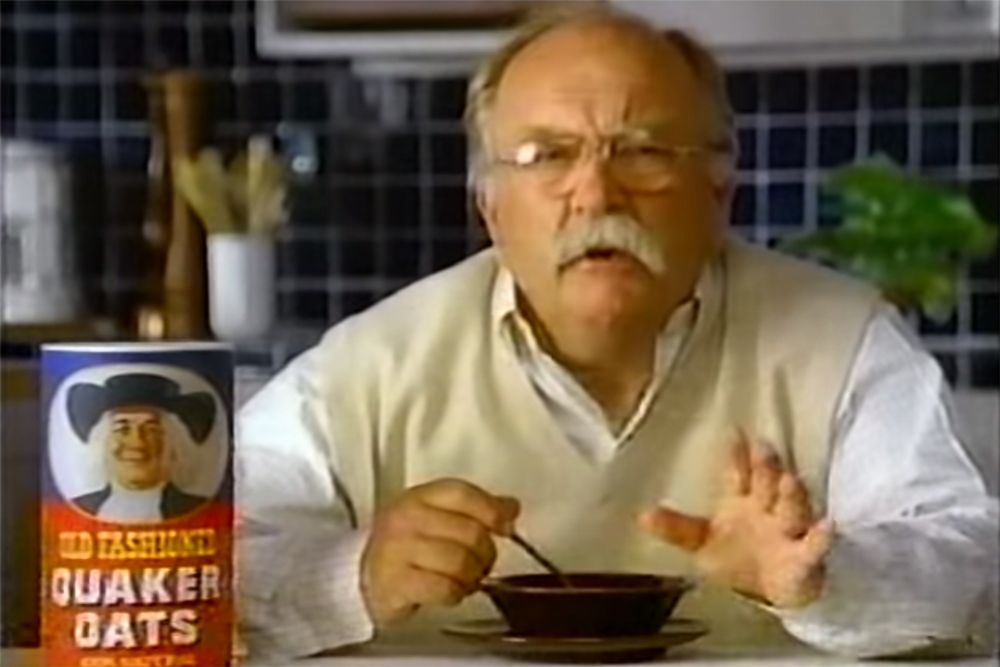 Film and television actor Wilford Brimley, who lent his commanding presence and trademark mustache to various TV ads for more than 30 years, died Saturday, Aug. 1, at the age of 85.

Originally known in Hollywood for his lengthy on-screen resume, which includes roles in films such as “The Thing,” “The China Syndrome” and Ron Howard’s “Cocoon,” Brimley was tapped by Quaker Oats in 1987 to become the brand’s first-ever celebrity spokesman.

In Quaker commercials that aired throughout the 1980s and 1990s, Brimley hocked the PepsiCo-owned oats with the tagline “It’s the right thing to do.”

The campaign, adapted for various Quaker products as they debuted, was initially developed by defunct agency Jordan, McGrath, Case & Taylor, which was acquired by Havas in the late 1990s.

Thanks to his unique pronunciation of the disease—more akin to “dia-beetus”—Brimley became an indelible part of internet pop culture following a series of memes created using his Liberty Medical spots. His diabetes-focused ads were even spoofed in a 2005 episode of animated Fox comedy “Family Guy.”

In 2008, after decades of advocating for diabetes sufferers, Brimley was honored with a lifetime achievement award from the American Diabetes Association.