Monday's inaugural flight marks the second time in five years that the Eastern name is being revived
READ THIS NEXT
Cannabis is no longer a scary brand partner, and BTS eats it up: Tuesday Wake-Up Call 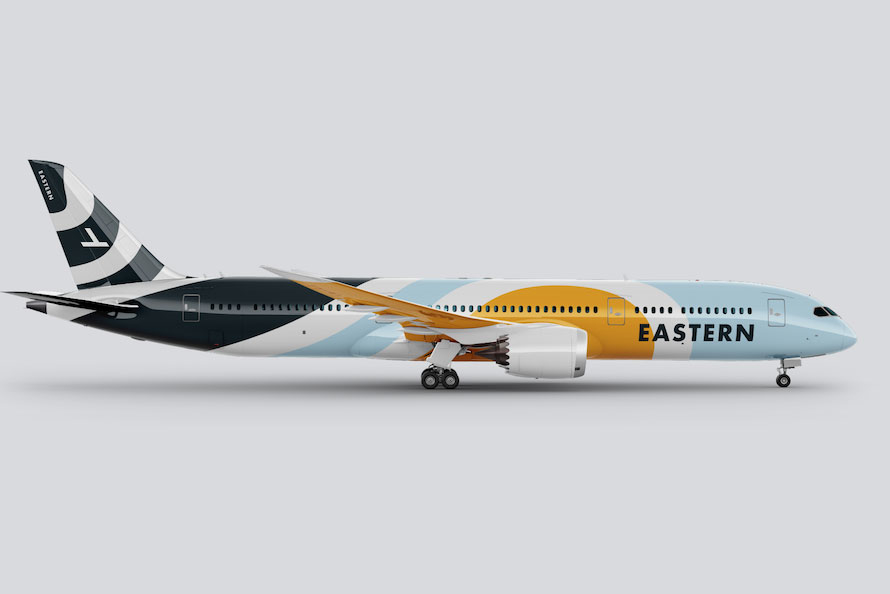 After a delay of several hours, the inaugural flight of a new Eastern Airlines incarnation took off at 4 a.m. Monday from New York’s John F. Kennedy International Airport, as a new executive team attempts to get the carrier off the ground for the second time in five years.

But Eastern’s first passengers reported a raft of issues that went beyond the initial delay.

Victoria Walker, who reviews airlines for aviation website The Points Guy, was one of roughly a dozen passengers on Eastern’s debut flight aboard a Boeing 767-300ER jet with nearly 250 seats.

The staff was poorly trained and the flight—aboard an outdated plane yet to be painted with Eastern's new colors—didn’t appear on any departure boards, Walker reported.

The new Eastern, a hybrid of scheduled and charter services, flies just one route: a weekly round-trip from New York to Guayaquil, Ecuador’s most populous city. It already faces stiff competition in the growing South American market; JetBlue launched a daily JFK-Guayaquil service last month, and Ecuadorian airlines Tame and LATAM have variously flown the route since 2013.

Walker also wrote that Eastern’s on-the-ground employees at JFK did not seem to speak Spanish, with the language barrier presenting a significant issue for many of the Ecuador-bound flight’s passengers.

Eastern President and CEO Steve Harfst, who has previously worked for the likes of Allegiant Air and regional Indian carrier IndiGo, describes it differently. “We are bringing back the sense of awe and wonder to air travel with non-stop flights between under-served international markets and the United States,” he said in a statement.

Eastern is set to expand its presence in New York in March when it launches flights to Georgetown, Guyana, with tentative plans to fly to Jinan, China, south of Beijing, at some point in the future.

Harfst’s Eastern Airlines marks the second time in the past five years that the storied airline is being revived after its collapse in the early 1990s.

In 2015, the Eastern brand was relaunched as a Miami-based charter airline. Largely flying to and from the Caribbean, it had a confident start, ordering a total of 30 new Boeing and Mitsubishi aircraft for its fleet. However, the short-lived venture folded after just two years—long before the orders could be fulfilled—with its intellectual property, name and logo included, sold off.

The original Eastern Air Lines (note the space between “Air” and “Lines”), also headquartered in Florida, operated from 1928 to 1991. In its heyday, it was one of the largest airlines in the U.S. with an expansive domestic network that helped land it a branding contract as the official airline of Walt Disney World.

The latest version of Eastern, operating only Boeing 767s, has declined to use the carrier’s classic “bird” logo, opting to implement a variety of designs based on the topography of destinations.