Plus, news on Facebook, Johnson & Johnson and Adidas
READ THIS NEXT
Facebook's own civil rights auditors aren't happy with it, and United Airlines layoffs loom: Thursday Wake-Up Call 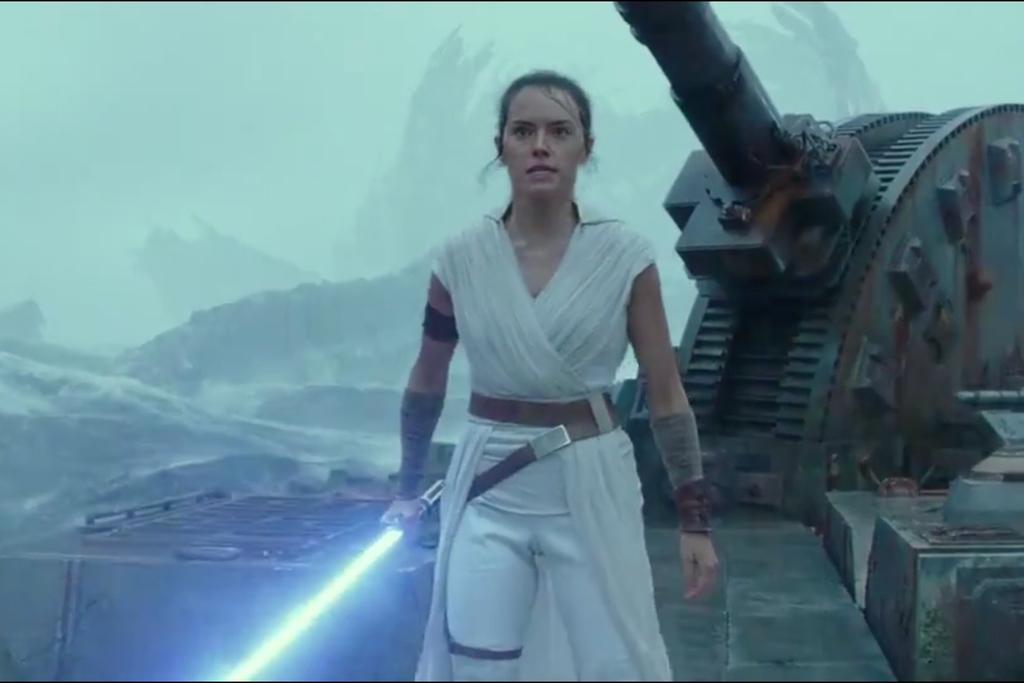 ‘Star Wars’ meets ‘Monday Night Football’
We don’t often write about movie trailers at Ad Age, but this one seems worth mentioning. The final trailer for Disney’s “Star Wars: The Rise of Skywalker” aired during “Monday Night Football,” and people are poring over the 2-minute teaser to look for clues about how the storyline might wrap up. The movie coming out Dec. 20 is the ninth and final installment of the “Skywalker saga” that started in 1977, so this is an emotional moment for fans. The trailer offers battles, explosions, leaps and a heart-wrenching scene involving C-3PO; if you're looking for in-depth analysis, Entertainment Weekly ran a breathless play-by-play on 19 key moments from the trailer. The Walt Disney Studios’ Twitter account had let “Star Wars” fans know they should watch for the long-awaited trailer during Monday’s game; it aired at halftime. (And for those who care more about football than film, the New England Patriots beat the New York Jets 33-0.)

If you’re overwhelmed by all the Facebook-related election news already, recall that there are 377 days to go until the 2020 U.S. presidential vote.

‘The Bush 2020’
On an unrelated note, Flamingo, which sells razors and body-hair care products for women, is launching an election-themed campaign that it calls “The Bush 2020,” Adrianne Pasquarelli writes in Ad Age. The premise—that women can shave or not, and that personal grooming is, yes, a personal choice—is similar to what another razor brand, Billie, is doing. Flamingo is using cheeky election-themed slogans to get out the message. “Sayings include ‘I’m with hair’ and ‘For the greater pubic good,’” Pasquarelli writes.

Question marks: “U.S. digital ad revenue grew to $58 billion for the first half of 2019, up 17 percent when compared to the same time last year,” according to a report from the Interactive Advertising Bureau that was prepared by PwC. But Ad Age’s George P. Slefo notes some warning signs in the numbers.

Brand new: Check out Ad Age’s roundup of the new commercials tracked by iSpot.tv, including an Esurance spot with Dennis Quaid; the spot includes subtle shade for a certain talking lizard.

Ad of the day: The alcohol industry warns people to “drink responsibly,” and now HP wants people to use their gadgets responsibly. A new ad from HP and Goodby Silverstein & Partners asks: If you type “LOL,” is that real laughter? If you send someone a line of emojis, is that a conversation? This isn’t a new idea, but it’s well-executed. As Ad Age's Adrianne Pasquarelli writes: “Nearly a decade ago, Microsoft ran a Windows commercial that humorously showed consumers distracted by their phones in embarrassing situations. It may not be so humorous anymore.” Nope.