Also: news about CBS, eBay and tensions at Ogilvy
READ THIS NEXT
Brands delay, rework Pride campaigns in light of George Floyd protests 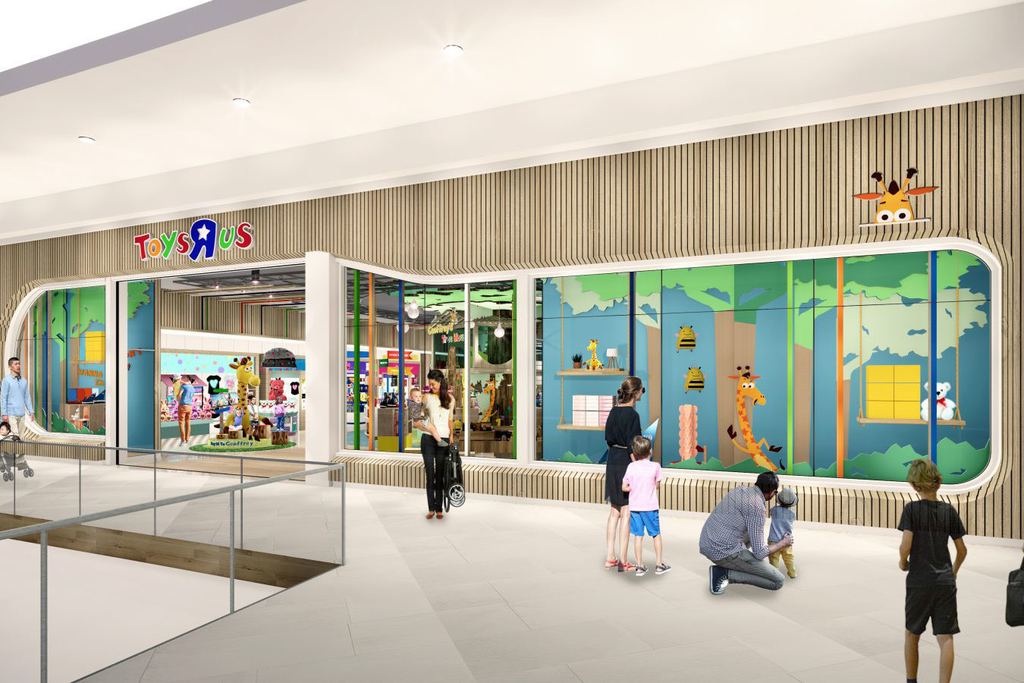 Welcome to Ad Age’s Wake-Up Call, our daily roundup of advertising, marketing, media and digital news.You can get an audio version of this briefing on your Alexa device; sign up here.

What people are talking about today
We’ve spent the last year mourning the demise of Toys “R” Us in the U.S., but now it’s coming back. Sort of. Two new stores, set to open over the holidays in Paramus, New Jersey and Houston, Texas, will look quite different than we’re used to: They’ll be smaller, more carefully curated and put a focus on experiences, the brand’s owner says.

Owner Tru Kids Brands is partnering with experiential retailer b8ta on the stores. Bloomberg News says the goal is to scale up to 10 locations by the end of 2020. It adds:

A key part of their strategy is to provide ‘Instagram-able’ experiences to lure shoppers into the new locations, including photo ops with Geoffrey the Giraffe, birthday parties and other events, Tru Kids Brands President and CEO Richard Barry said in a phone interview.

In other words: How do you compete with the convenience of Amazon? By luring parents with Instagram bait.

‘If you know what I mean’
Circle K Mexico apologized for a promotion on chocolate, red wine and condoms for “Secretary Day,” which is celebrated locally in July. The Associated Press reports:

The since-deleted ad was published Monday on Circle K Mexico's Twitter account. It depicts a cartoon image of a secretary's legs next to the phrase ‘If you know what I mean’ in English and a wink emoji. One combo deal included wine, condoms and a Milky Way for 199 Mexican pesos (about $10).

The ad was decried as sexist, and the convenience store chain’s Mexico arm posted an apology on Twitter, saying the ad “was meant to promote a product offering and not to promote any stereotype … Circle K has taken the necessary steps so that something like this does not happen again.”

But seriously. How did this happen in the first place?

Some things just don’t translate
“Love Island,” the dating show, is a massive hit in its native Britain, which seems to love its formula of snogging, shagging and sunbathing. The American remake on CBS, meanwhile, has deliveries that are “mighty tame for a show that boasts a 22-episode order,” as Ad Age’s Anthony Crupi writes. On the upside for CBS, the median age of viewers is 56.8 years, which is younger than almost everything else on TV this summer. Anyway, read Crupi’s full story and (maybe) check out the show for curiosity’s sake. Because as Crupi writes: “It’s summer. Not everything has to be ‘The Seventh Seal.’”

Just briefly:
Dealmaking: "USA Today publisher Gannett Co. is nearing a deal to combine with rival GateHouse Media, people familiar with the matter said, a move that would join the nation’s two largest newspaper groups by circulation at a time local media is in a battle for survival," The Wall Street Journal reports.

Leaked: BuzzFeed News obtained a leaked recording of a meeting at Ogilvy in which employees questioned Worldwide CEO John Seifert about the agency's work with U.S. Customs and Border Protection. Seifert, according to BuzzFeed, told employees: “There's almost no client who walks a perfect line of doing nothing but good for the world. So we make this choice every day.”

Tepid: Publicis Groupe reported a 0.1 percent increase in organic growth for the second quarter of 2019. Performance was weak in North America, where “pressure persists from namely consumer packaged goods clients in the U.S. continuing to cut their budgets,” Ad Age’s Lindsay Rittenhouse writes.

Reminder: Monday is the deadline to apply for Ad Age’s annual 40 Under 40 list. Check out Adrianne Pasquarelli’s Q&A with former 40-Under-40 honoree Marie Gulin-Merle, chief marketing officer at Calvin Klein and chief digital officer at its parent company PVH. She talks about the new rules of fashion, the time she picked the wrong job and what she learned from Simone de Beauvoir.

Number of the day: “There are now upward of 700,000 podcasts, according to the podcast production and hosting service Blubrry, with between 2,000 and 3,000 new shows launching each month,” The New York Times writes.

Rebranding of the day: In Berkeley, California, “manholes” will now be referred to as “maintenance holes.” “Words that imply a gender preference will be removed from the city's codes and replaced with gender-neutral terms, according a recently adopted ordinance,” CNN.com writes. Another change: “Manpower” becomes “human effort.”