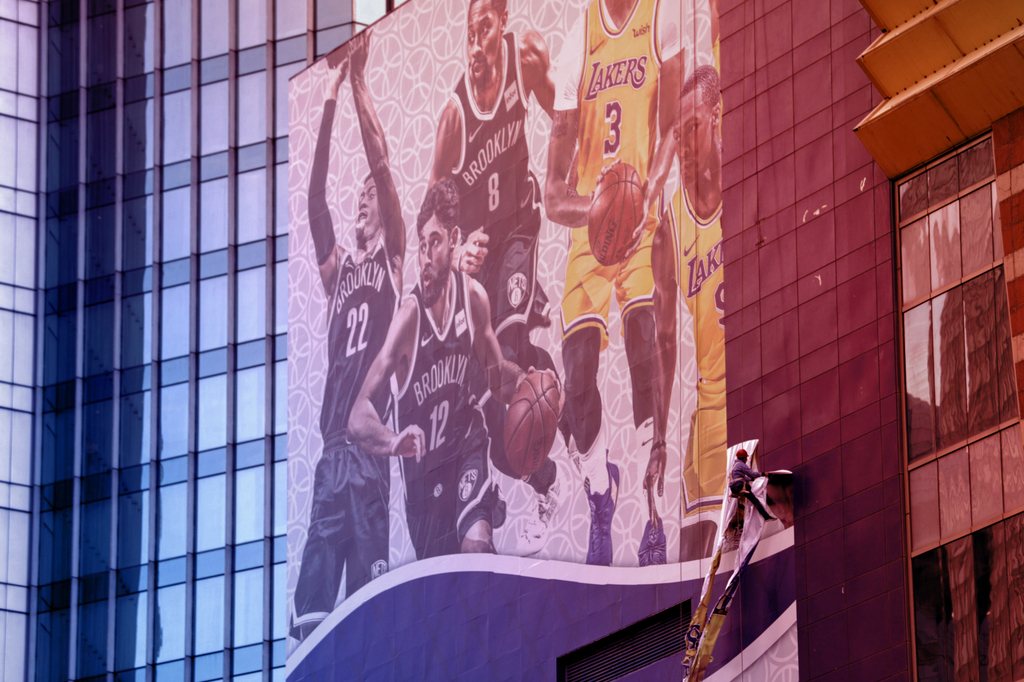 Definitely not business as usual

Last night’s presidential address, delivered as the World Health Organization declared a global pandemic, was followed in rapid succession by two sobering announcements—making it increasingly evident that the country, and the ad industry, must make major adjustments.

News that the U.S. enacted a travel ban from Europe (excluding the U.K.) was swiftly followed by an admission from actor Tom Hanks that both he and his wife Rita Wilson had tested positive for coronavirus, a stunning development for an industry that relies on celebrity and entertainment. Shortly after, the National Basketball Association announced it would be suspending the season after a Utah Jazz player tested positive for coronavirus. Earlier in the day, we learned that, for the first time in 81 years of March Madness, the NCAA college hoops showcase will be played behind closed doors, as Anthony Crupi writes.

In the advertising world, Cannes International Festival of Creativity has secured backup dates in the fall, October 26-30, in case it is forced to postpone the industry’s biggest ad event, currently still scheduled for June. And the IAB has asked NewFront presenters to stream their presentations, slated for April 27 through May 6, using a new video-streaming option, rather than hold them live, reports Jeanine Poggi.

But as the string of postponements rises (be sure to bookmark our Coronavirus Industry Events Tracker), many are looking to reschedule in the fall. That's already peak event season for the ad industry, with the Association of National Advertisers Masters of Marketing and Advertising Week in New York, among others. Which raises the question: how many events can be crammed into such a short period of time?

Retailers are scrambling to limit quantities of essential items and assure people about cleanliness. In emails to customers, Target CEO Brian Cornell told shoppers that staffers are “working around the clock to make sure that the products you want are available when you need them. As demand for cleaning products, medicine, pantry stock-up items and more remains high, we’re sending more products to our stores as quickly as possible.” Costco, CVS and Walmart are implementing similar measures, writes Adrianne Pasquarelli, and Target told customers this week that it is cleaning checkout touchscreens every half hour and has temporarily stopped food sampling.

The Washington Post, meanwhile, has published a grim report about the economic toll of the coronavirus, outlining a spiraling number of layoffs among port workers, delivery drivers, travel and tourism staffers and the service industry.

Too much to bear

The Dow sunk into a bear market Wednesday as the index fell 20 percent from an all-time high reached Feb. 12, ending an 11-year bull run. But Madison Avenue beat Wall Street into bear territory. Big agency stocks—WPP, Omnicom, Publicis, Interpublic, Dentsu and consultancy Accenture—have all fallen more than 20 percent over the past month. WPP is down by more than a third, slumping yesterday to a multiyear low.

News you can use

Every 45 milliseconds. That’s how often someone tweets about the coronavirus, according to Twitter. But there is a right and a wrong way for businesses to do so and the social platform is offering marketers some advice, writes Garett Sloane. In a blog post penned by Alex Josephson, global head of Twitter Next, and Eimear Lambe, director of Twitter Next, the company suggests that brands inform, rather than sell. “It’s about understanding the unique role your brand plays in people’s lives, how that has changed, and how your brand can help or be useful during this crisis,” Josephson and Lambe said. “It’s also about looking for opportunities to lead by example, and do the right thing.”

Brian Lesser, the CEO of AT&T’s ad unit Xandr, is leaving the company—and casting doubt about what was touted as the upcoming TV advertising revolution that he was tapped to lead. The news follows the departure in July of Donna Speciale as president of ad sales at WarnerMedia​​​​​. That role is still open and it remains to be seen how things will be organized following these changes. “When Lesser was hired, [AT&T CEO Randall] Stephenson made the promise of advanced advertising a cornerstone of his campaign to acquire Time Warner, and brought Lesser in to be the glue between the distribution and the content from networks like Turner's TNT and TBS,” writes Jeanine Poggi. Lesser, the former GroupM North America CEO, was charged with trying to make commercials smarter and highly targeted using data and technology.

Maybe it’s time for a toke

Retail sales of cannabis products in the U.S. grew an estimated 24 percent to $14.4 billion last year, according to market research firm Packaged Facts, whose figures include hemp. Yet industry players are hampered in marketing, as they are shut out of traditional forms of advertising, like national TV and digital buys on platforms such as Twitter and Facebook, writes E.J. Schultz, who provides an informative look at marketing tactics in this relatively new industry. Increasingly, these companies are looking to experiential marketing in places where they can’t sample, with lounges and “budtenders,” or experts to educate potential buyers. Brands are also positioning their products as wellness aids to reduce pain or enhance creativity. This may just be one market that won't take a hit in the coming months.

Changing the message: Coors Light is the latest advertiser to recast its creative in response to the health emergency. The brand has been working on a spot to run during March Madness, calling it the “Official Beer of Working Remotely,” but has paused the push.

Yes, there is a free lunch: Now that more and more people are working from home, Vox reports that Zoom, Microsoft and Google are offering their workplace software gratis “and have taken pains to make sure they can accommodate growing demand from users.”

Captive audiences: People turning on their TVs to watch talk shows are beginning to see empty audiences. “Live with Kelly and Ryan,” “The Tamron Hall Show” and “The View” are playing to empty houses, reports TVLine. “While we don’t have our regular studio audience, except for some of our producers … that shouldn’t stop everyone from watching at home. Because, let’s face it: You can’t go anywhere else!” quipped Kelly Ripa.