Plus: the Ad Age Cannes issue is here
READ THIS NEXT
Jeff Bezos’s wealth soars to $171.6 billion to top pre-divorce record 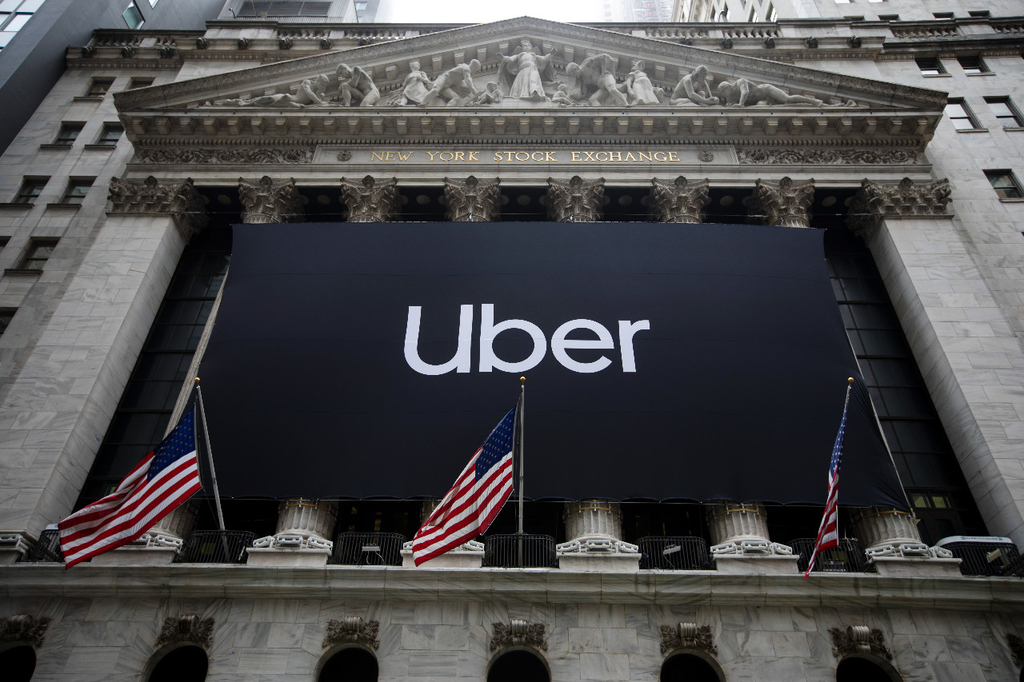 What people are talking about today:
Just a month after its IPO, Uber’s COO Barney Harford and CMO Rebecca Messina are both leaving the company. The announcement was confirmed in an SEC filing, in which Uber stated that Jill Hazelbaker, who currently oversees Policy and Communications, will assume responsibility for the company’s Marketing function. Former Coke marketer Messina has been with the company for less than a year, having joined from Beam Suntory in September 2018. Harford meanwhile joined in 2017 but, according to an earlier story in the New York Times, was the subject of employee complaints after comments he made in a conference call about an ad featuring a mixed-race couple.

According to The Verge, Uber employees were informed of the changes in an email on Friday from CEO Dara Khosrowshahi, who said of Hazelbaker: ‘Since joining Uber nearly four years ago, Jill has been instrumental in addressing some of our toughest challenges as a company. She’s an excellent team builder and always committed to doing what’s best for Uber.”

Messina's tenure, meanwhile, seems to have been barely longer than, well, an Uber ride.

Brands go direct to Cannes
With just a week to go until the Cannes Lions International Festival of Creativity opens its doors, Ad Age’s bumper Cannes print issue is out today. So what can we expect this year on the Riviera?

According to a special report by Ad Age’s Lindsay Rittenhouse, this year will be the year of the brands. As well as increasing submissions by in-house creative teams, there will also be more brands than ever on the beach: festival organizers say the number of brands participating in the content portion of the festival increased to 102 this year from 85 in 2018 and 57 in 2017. And there’s particular interest from direct-to-consumer companies like Away, Hubble, Bonobos and Brandless.

With the likes of Apple, this year’s Cannes Lions Creative Marketer of the Year, winning top awards last year, the festival is also responding with new incentives for brands. For example, new this year is the Creative Brand of the Year Award, given to individual brands in different regions worldwide that “push the boundaries.”

Tech brands face off on the beach
With trouble brewing for the Big Tech brands like Google, Amazon and Facebook in the wider world, smaller tech brands will be looking to making a splash in Cannes this year. Ad Age’s Garett Sloane reports that “amid the usual suspects, like Spotify and Twitter, will be newer invaders like Target, Twitch and Tik Tok ready to storm the tech titans’ beachhead.”

Sloane writes that Cannes will also play host to Snapchat CEO Evan Spiegel (although no Ferris Wheels this year; Snap is apparently "gunning for grown-ups") as well as Facebook COO Sheryl Sandberg, who will “meet with ad leaders to address the privacy flaps of the past year.” While some predict a “work-before party” atmosphere, there will be some fun among the tech beaches: Spotify is bringing rapper Nas. Read Sloane’s roundup of what’s happening here.

Google fights ban: Senior Google execs are pushing U.S. officials to exempt it from the ban on exporting to Huawei, reports the Financial Times. According to the report, it's particularly concerned that if it were not allowed to update its Android OS on Huawei's smartphones, Huawei might develop its own version of the software.

Trump's Deutsch rant: President Trump had a Twitter rant against MSNBC host and former agency chief Donny Deutsch on Sunday, calling him a "total loser" in a tweet and claiming Deutsch had "begged" him to be on the Apprentice. Deutsch has recently called Trump a "criminal" and a "despicable human being," reports HuffPost.

Self-drive move: Fiat Chrysler has reached an agreement to source self-driving technology from California start-up, Aurora Innovation, founded in 2017 by former executives from Google, Tesla and Uber, according to the New York Times.

Ad of the Day: The New York Times is expanding its “The Truth is Worth It” campaign to interactive storefronts in New York with the tagline, “The Truth is Local,”, reports Ad Age’s Ann-Christine Diaz. The storefronts will highlight stories reflecting how New York Times reporting impacted their respective boroughs—for example, one installation in Brooklyn details how corruption in the police and justice departments led to the imprisonment of an innocent man. The experiential extension for the Droga5 campaign comes as it has been winning multiple awards in the run-up to Cannes. Find out more here, and in the meantime check out Creativity's Top 5 campaigns from last week, including Renault's billboard in Romania that gives people bigger discounts on electric cars when pollution levels go up.