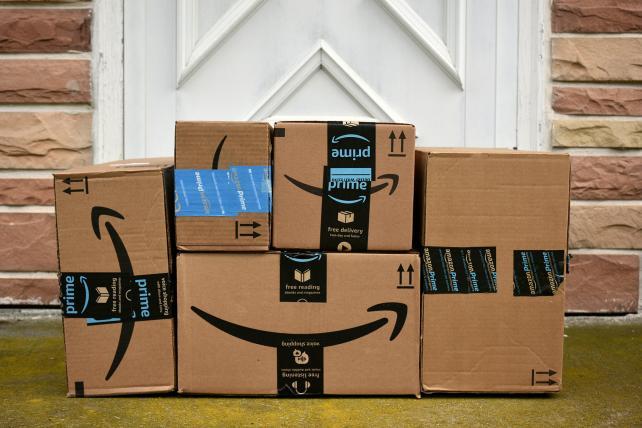 Welcome to Ad Age's Wake-Up Call, our daily roundup of advertising, marketing, media and digital news. You can get an audio version of this briefing on your Alexa device. Search for "Ad Age" under "Skills" in the Alexa app. What people are talking about today: The Cannes Lions International Festival of Creativity is over, to the relief of everyone who was not on the French Riviera last week. (To those who were: Thanks for sharing all your beach photos on Instagram!) Editor Brian Braiker has the final word from Ad Age on the festival: The event was shorter, agencies sent fewer people, and there was a feeling of getting back to business. As he writes, "This was the Diet Coke of Cannes: slimmer, caffeinated, slightly less bad for you."
Prizes: Who won what? The Ad Age list of Grand Prix is here. The big winner was the "Palau Pledge," from Host/Havas, which Ad Age's Ann-Christine Diaz described as "a tourism campaign that doubled as an environmental preservation effort." It was also huge publicity for the tiny Pacific Ocean nation of Palau (population 21,400.)
La fin: ICYMI, Omnicom was Cannes' holding company of the year, ending WPP's seven-year streak. Read more on that from Diaz and Megan Graham. And that's it for Cannes news. Moving on…

Amazonian
Amazon has quickly become one of the top ad spenders in the U.S. That's according to Ad Age's Datacenter, which crunched all the numbers for our 63rd annual Leading National Advertisers report. Bradley Johnson put together a handy list for you of the big takeaways. Here's one:

Is it surprising (or deeply unsurprising?) that Amazon spent more money advertising itself in the U.S. last year than General Motors, Ford and Walmart?
In other Amazon news: The New York Times looks at the rise of Amazon's own private label brands. There are about 100 of them now, The Times writes, with names like Wag for dog food and Good Brief for men's undies. The Times quotes sources saying that some big established brands "are spending six figures each month advertising their products on Amazon's platform even as Amazon's private-label products are crowding them out."

Full-court press
What's new in sports sponsorships? A lot, to judge from Ad Age's E.J. Schultz's deep dive. Take Anheuser-Busch InBev's new incentive-based sponsorship model, where teams and leagues can get more money by hitting goals like making the playoffs. Teams also get incentives if their Budweiser-branded social videos reach a certain number of viewers. And in general, Schultz writes,

"As brands shell out millions to be everything from the official beer to the official bank, marketers are demanding more access to content and fan experiences that only teams and leagues can provide."

There are also new offerings like branded VR experiences at stadiums. What's the backstory? Marcel Marcondes, AB InBev's U.S. marketing VP, told Schultz: "TV viewership is down, venue attendance is down. For us as brand builders, it's much more challenging to grab consumers' attention."

Meh
The subscription box category is getting crowded, to the point where the monthly packages no longer bring "the unpredictability and joy they once carried," as Ad Age's Adrianne Pasquarelli reports. Everyone's doing it: New York eatery Katz's Delicatessen even has a pastrami subscription box, as Pasquarelli writes. Here's what one expert tells her:

"The problem is some brands have a relatively repetitive type of product," says Kit Yarrow, a consumer psychologist. "It's a psychological requirement that they open the box and have a moment of delight or surprise or excitement, otherwise there's no reason to continue."

Pastrami's fantastic and all, but do you really want a box of it to show up on your door every month like clockwork? Don't you have to be in the mood?

Just briefly:
Netflix: During the BET Awards, Netflix aired an ad featuring 47 of the platform's black stars and directors, including Spike Lee and Ava DuVernay. The Hollywood Reporter says "the timing of the commercial is rather ironic, given that it aired two days after the streaming giant fired its top PR chef Jonathan Friedland for using the N-word on multiple occasions at work ..."

Sorry: David Bossie, President Trump's former deputy campaign manager, said during a debate with a black guest on Fox News, "You're out of your cotton-picking mind." As Slate reports, Bossie apologized, and Fox responded that Bossie's "remarks do not reflect the sentiments of FOX News and we do not in any way condone them."

Moola: The median pay for CEOs in the media and telecoms industry last year was $28.7 million, more than double the median pay of chief execs of the S&P 500, The Wall Street Journal reports. That's despite the fact that "media and telecom companies posted a median total negative return of 3.8 percent," The Journal writes.

In the driver's seat: To mark the end of Saudi Arabia's ban on women behind the wheel, Saudi woman Aseel Al Hamad drove a Formula One car around the track ahead of the French Grand Prix. Read about it via Reuters.

Stunt of the day: ICYMI, a product called Hot Dog Water -- a bottle of water with a wiener floating in it -- went on sale at a festival in Vancouver for $37.99 a bottle. As Ad Age's Megan Mowery reports, "Its health benefits ostensibly included increased brain function and vitality, weight loss, and a younger physique." It turns out (shocker!) that this was a stunt, designed to make people think twice about marketing claims. As the project's creator says, "The message is the next time you have the urge to buy the latest quantum toilet paper or Gwyneth's magical health stickers, take a moment to reflect and ask yourself, is this Hot Dog Water?" Read more here.