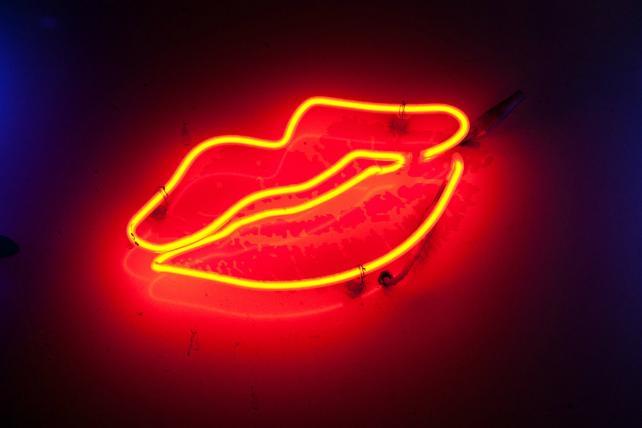 What people are talking about today
Say goodbye to adult content on Tumblr, a place where porn-y pics have always been easy to find. The blogging site announced that it would no longer allow images of "real-life human genitals or female-presenting nipples." (Another war on nipples? Here we go again.) Ad Age's Garett Sloane writes that the new policy starts Dec. 17. Will this be the end of Verizon-owned Tumblr? Comedy writer Mike Drucker tweeted: "Congratulations to Tumblr on taking a stand against the only thing people still go on Tumblr for."

Your periodic Super Bowl update
No surprise here: We'll be seeing quite a few car ads during the Super Bowl. So far, four automakers (Toyota, Kia, Mercedes-Benz and Hyundai) are among the brands to have confirmed they'll have ads in the Feb. 3 game running on CBS. (In more eclectic categories, Avocados from Mexico is advertising in the game again, as is WeatherTech, the car-mat maker.) Ad Age's E.J. Schultz reports, Toyota is giving the assignment to its multicultural agency, Burrell Communications, with an ad for the 2019 RAV4 compact crossover. Hyundai will have a 60-second ad in the first quarter, from Innocean Worldwide. For those keeping tabs, the 2018 Super Bowl ran 11 auto commercials from six brands.
Tip: Bookmark this link to stay up to speed on Ad Age's Super Bowl coverage.

Stardom circa 2018
The highest-paid YouTube star is reportedly a 7-year-old. The totally artless concept behind Ryan ToysReview is that wee Ryan rips open packages of toys and plays with them while the camera rolls; Forbes estimates that Ryan, a first-grader, earned $22 million in the 12 months leading up to June 1, mostly from pre-roll ads, making him YouTube's best-paid vlogger. Forbes talked to an expert who got surprisingly deep talking about what this all means:

"'Unboxing videos provide the proxy for actually experiencing the joy of receiving and opening something you really desire; this is especially true for items that are out of reach or unattainable,' says Chas Lacaillade, the founder and CEO of Bottle Rocket Management, which represents many unboxers, though not Ryan."

Big fine: "Oath, the owner of AOL and Yahoo, has agreed to pay about $5 million to settle charges from the New York attorney general that the media company's online advertising business was violating a federal children's privacy law," The New York Times reports.

Lowering expectations: "Discovery CEO David Zaslav expects U.S. ad revenue for the end of the year to come in below its previous guidance," Ad Age's Jeanine Poggi reports. One problem is that ratings at Discovery Channel have been lackluster partly because of production issues on the show "Fast N' Loud."

Stepping up: "UM is tapping Lynn Lewis, who was most recently East Coast president and global CMO for the Interpublic Group of Cos.-owned media agency, to fill the role of U.S. CEO," Ad Age's Megan Graham writes.

Not so fast: A U.S. federal judge says he has concerns about the U.S. Justice Department's approval of the CVS-Aetna merger. And "he may order CVS to halt its integration of Aetna's assets while he considers the merger's implications," The Wall Street Journal reports.

Hair: "Procter & Gamble Co. is launching a sort of online personality test called HairCode," Ad Age's Jack Neff writes. The goal is to match people to its products by hair type, and then to connect people with similar hair types on social networks. (Personal appeal from the writer of this newsletter: If anyone else has hair that's flat in front and frizzy in back, I could use some product tips.)

Advertising acronym of the day: AVOD stands for "ad-supported video-on-demand." Ad Age's Jeanine Poggi has a cheat sheet for you, given that "interest in AVOD has surged in part thanks to reports that Amazon is readying its own free, ad-supported service."

Ad of the day: A hamburger menu is the little burger-shaped icon used to represent a menu on web pages. The icon's creator, Norm Cox, celebrated his birthday yesterday, and so McDonald's did a hamburger-related campaign about it on Reddit, where there are a lot of tech-savvy users who would get the joke. Read more by Ad Age's Jessica Wohl, and check it out here.