When you possess a marketing budget that exceeds the GDP of several developing nations, it can take as little as the push of a button to, say, sell millions of hamburgers around the world. When you own half of all consumed media, it’s not too difficult to get behind a brand and make it a massive success. And when you have Chrissy Teigen in tow, as PepsiCo does, you can pretty much lead Gen Z by the nose.

The adult media site has proven over and over again that by marketing its X-rated product in a PG-rated way, it can drive as much press coverage as, say, IHOP could by dropping its “P” for a “B.”

Still, when you have a far steeper hill to climb, yet achieve more mainstream acceptance than most other brands out there, it makes the marketing world sit up and take note.

Take two disparate subjects, collide them, and play it straight. “Comedy is contrast,” as my advertising exec friend says. The more outrageously apart those two things are, the bigger the sparks will fly.

Being the first of anything is a great press ploy, especially when it’s in a category created entirely by you.

If the nature of your business drives consumer data of any kind, think about exploiting it to position your brand as an expert in your field. 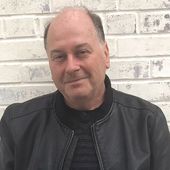